Researchers have recently conducted CT scans on the mummified remains of an ancient Egyptian pharaoh called Seqenenre-Taa-II. The pharaoh ruled over southern Egypt when the Hyksos occupied the country from 1650-1550 BCE. Seqenenre-Taa-II was killed while trying to wrestle his country from foreign control.

The mummified remains were first discovered and studied in the 1880s. Since the discovery of the mummy, scholars have wondered about the exact nature of Seqenenre-Taa-II’s death. In the 1960s, the mummy was examined using x-rays that found severe head injuries and no other wounds to the body.

Two general theories exist on how the pharaoh died. One suggests he was captured in battle and executed. Another suggests he was murdered in his sleep. In previous studies, something noted was the mummy’s poor condition, implying that the embalming was performed quickly and outside of the royal mummification workshop. Scientists recently used computed tomography, or CT scans of the mummified remains, to reveal new details about the injuries.

The CT scans discovered something interesting in the form of previously undetected lesions that embalmers concealed. The new paper has found that the pharaoh was likely captured on the battlefield, and his hands were tied behind his back to prevent him from defending against the attack. The team believes that the death of Seqenenre-Taa-II was a ceremonial execution. 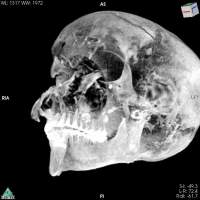 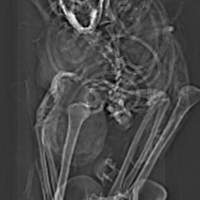 The ancient pharaoh was about 40 years old when he died, based on morphology revealed in the new CT images. CT images also revealed that the embalmers used a sophisticated method to hide the head wounds under layers of embalming material that functioned like fillers used in plastic surgery. The researchers believe the mummification took place in a real mummification laboratory rather than being performed hastily as previous studies suggested.