Today we’re taking a peek at a pair of screenshots showing the potential upgrade/downgrade of Crysis to the remastered version coming out soon. The original game was so demanding of the computers on which it ran that it became its own benchmark – one might ask of a PC: Can it run Crysis? Now, here upon remaster, the new Crysis has a special maxed-out graphics mode literally called “Can it Run Crysis?”

We’ve got one screenshot from the folks behind the game, shown above – and compared to an older shot below. Below you’ll see the old shot and the new shot in a gallery so you can click back and forth if you do so choose. Both versions are maxed out 1440p graphics, etc. 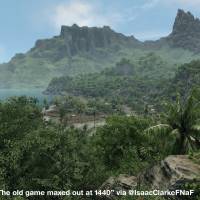 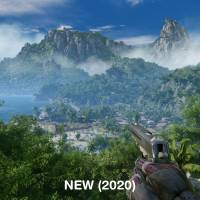 The new screenshot comes from the official developers of the game, while the old shot comes from a Twitter user by the name of Isaac Clarke. He’s suggested that “the artistic direction got lost somewhere,” asking why the new game has a look that reminds him of Fortnite.

One potential reason why this new take on the graphics included in this new iteration of Crysis looks “like Fortnite” is the current tendency to lean in on the abilities of our most modern display panels. While this new Crysis certainly is not a mobile-first sort of game, there’s a distinct possibility that it’ll be played remotely using cloud gaming services on smartphones. Smartphones today have OLED displays and roll with HDR+ color ranges – deep, intense, bright…

The shapes, the sharpness, the movement likely still stay well within the realm of Crysis-level realism, but the color range seems to be moving toward eye-blasting intensity. High Definition, a bonkers set of extreme colors, made to appeal to those users of the newest in new OLED display hardware.

We’ll just have to wait and see if this new range sticks to the final release of this “Can it Run Crysis” mode situation. 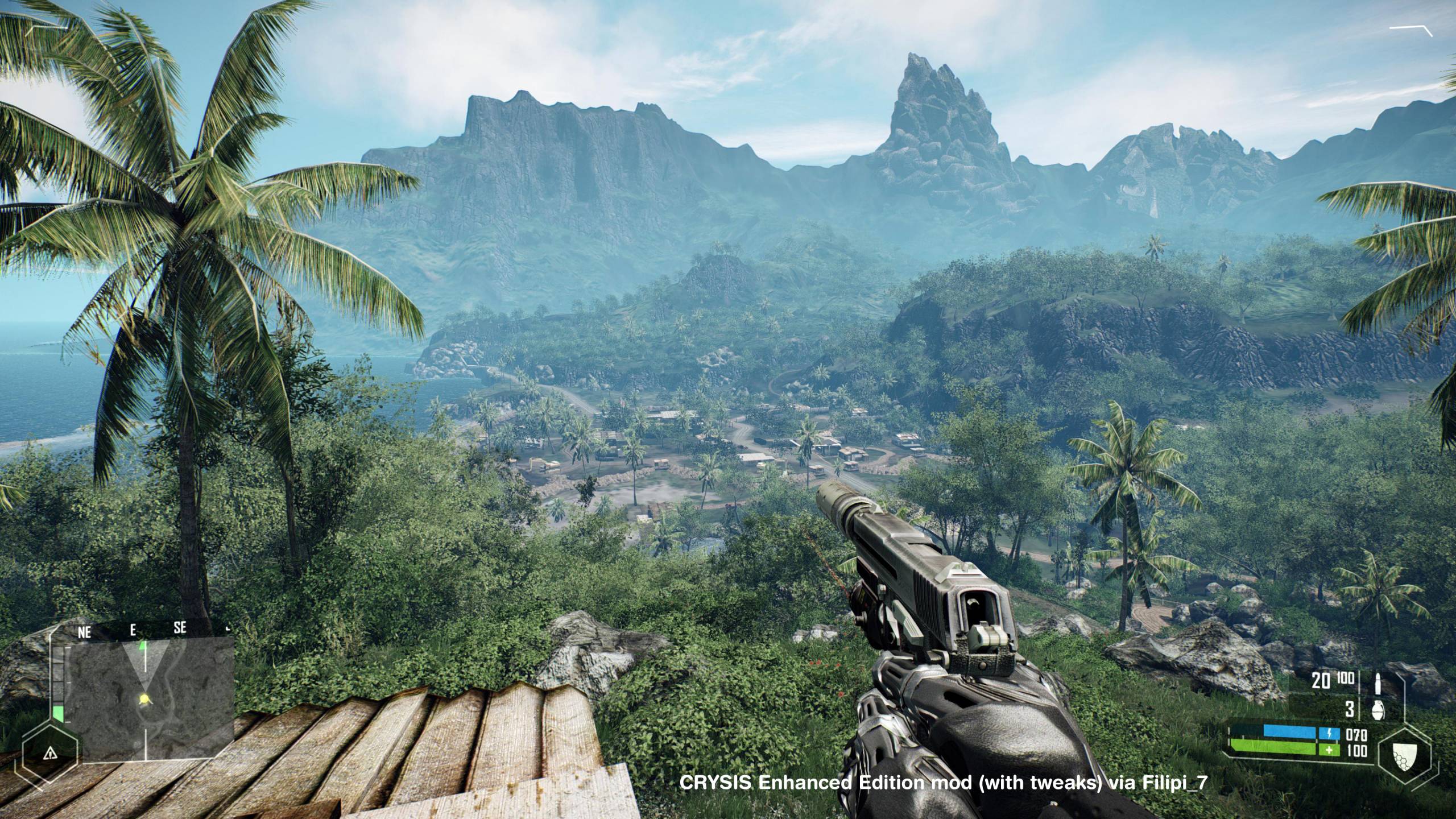 UPDATE: Here’s another screenshot from Filipi_7 on Reddit. This shot was captured using the latest version of Crysis Enhanced Edition mod “with its own Reshade and .ini tweaks.” Saturation is most certainly part of this equation.