There has been a recent uptick in interest in Linux-based smartphones but the newest breed of such devices is targeted at early testers and developers. For those who simply want a usable and polished Linux mobile device, the choices are extremely slim. A few years ago, Planet Computers launched two communicator-style Android PDAs that promised to support other operating systems, including Linux. Now the UK-based company is making good on that and is releasing multi-boot support for Linux as well as a rooted Android image.

The Cosmo Communicator and its Gemini PDA predecessor are on a league of their own when it comes to mobile devices. Inspired by the old Psion handheld computers, these smartphones resembled miniature laptops like the “communicators” of yesteryears. More than just a nostalgia trip, however, Planet Computers promised a more open mobile experience as far as operating systems go and it has finally gotten the ball rolling for the 2019 Cosmo Communicator.

The company just announced that they now support booting multiple operating systems in part thanks to the new TWRP support. It provides instructions on how to install Debian GNU/Linux running the popular KDE Plasma Desktop onto a separate partition. There are also instructions on doing the same for a rooted version of Android so that the main Android version remains untouched. 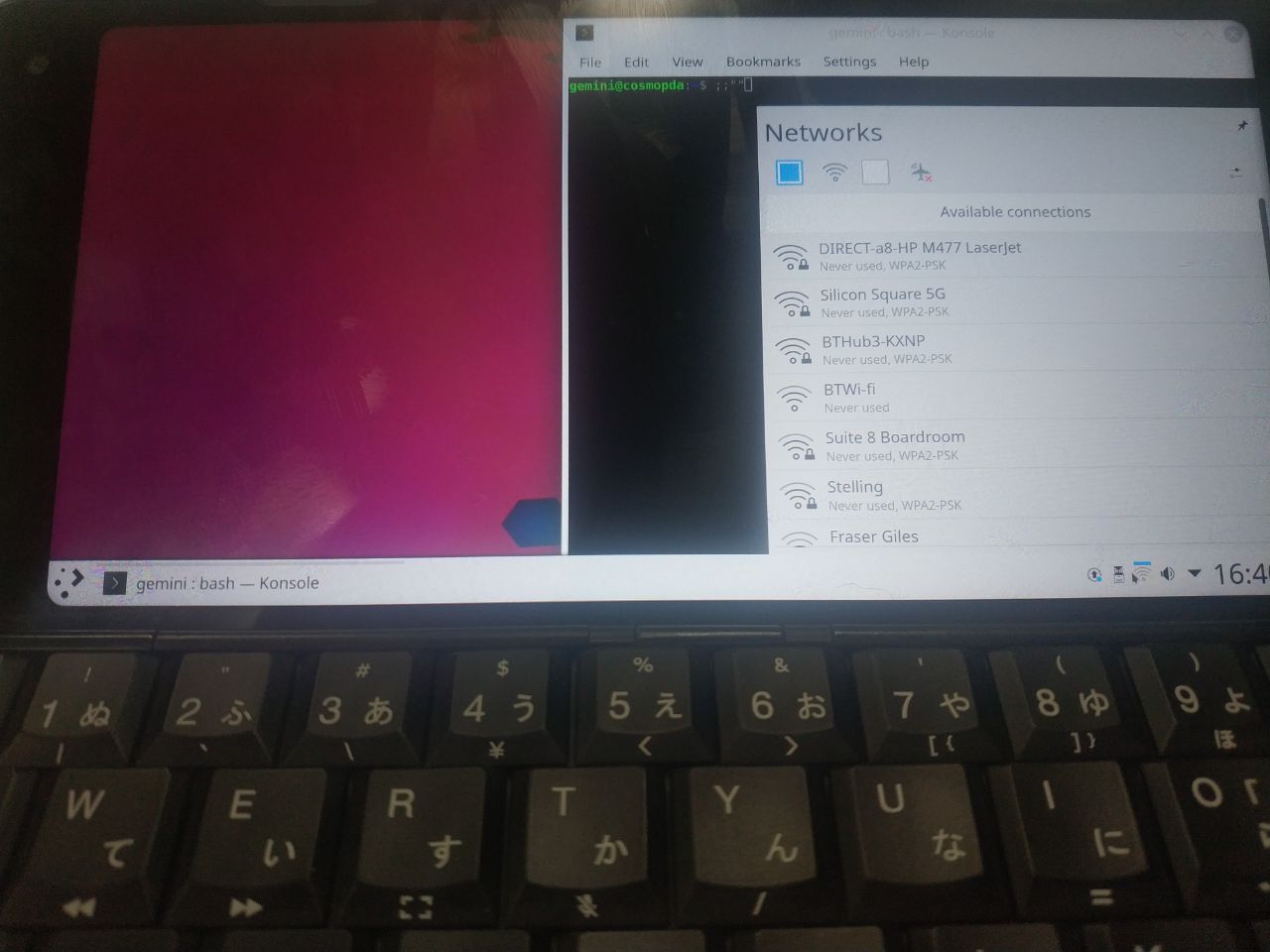 There might be a few unsaid caveats to this arrangement, though. Although the version of Linux provided by Planet Computers is a full desktop environment, it is naturally limited by the ARM-based MediaTek Helio P70 processor and 5.99-inch FHD+ screen. Users are also warned that creating new partitions practically results in data loss so best to back up the phone before making such changes.

That said, it’s definitely encouraging that there are OEMs willing to make such promises and fulfill them while still providing the usual OTA updates. It does make the 665.83 GBP ($860) phone a bit more enticing, at least for those who love hacking on and modding their mobile devices.