Microsoft is bringing Cortana to a new place for Windows 10, making certain the public understands that with more than just this one system, your computing service is going to be cross-platform. To do this, Cortana has been shown on the desktop’s task bar. This is more like a search bar than anything, replicating what we’ve seen in the past on Windows Phone 8, here now on the bottom of our screen for desktop machines with Windows 10 – all in cool blue, of course. 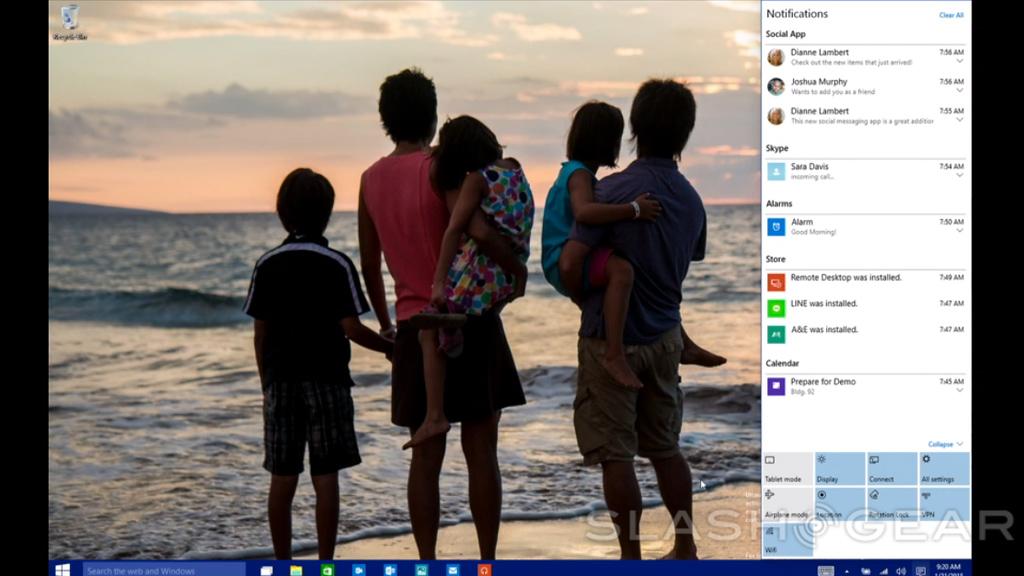 Microsoft’s Joe Belfiore stood on stage this afternoon speaking about Cortana, noting that the team behind the software was “really trying to develop natural interactions for all these devices.”

He speaks of Windows 10 for desktop, mobile, and in-between devices like convertibles. 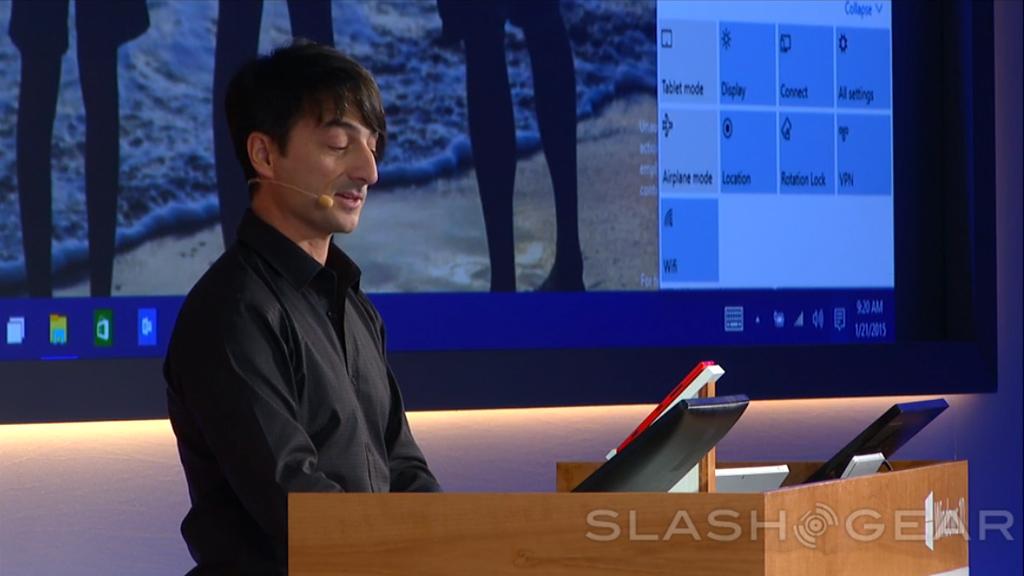 Belfiore also made clear that the team “didn’t want to just take the phone experience and put it on the PC.” To demonstrate what he meant by this, he opened a PowerPoint slide presentation. 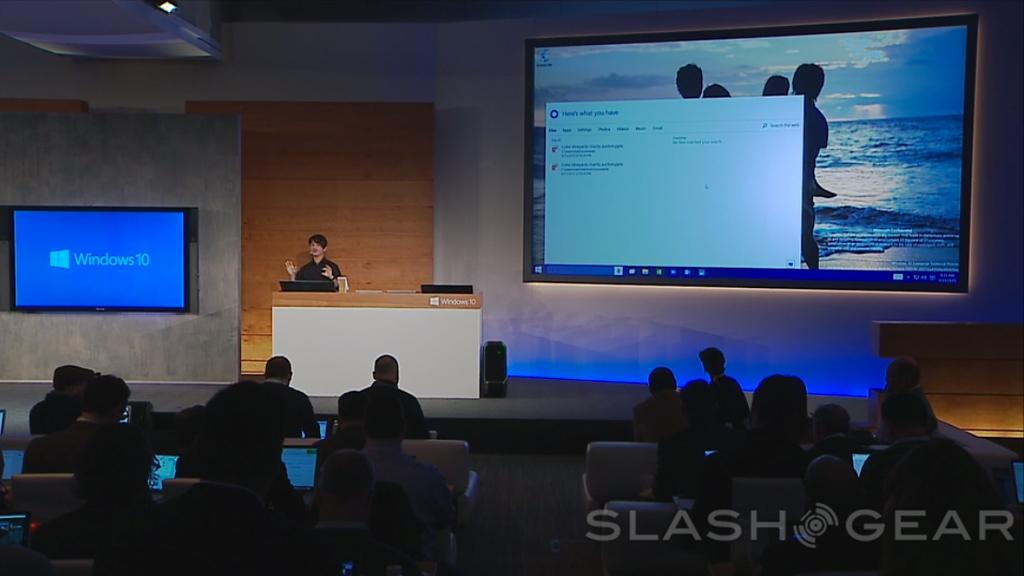 “Show me PowerPoint slides,” said Belfiore to Cortana on the desktop, “about the charity auction.”

“Cortana show me photos from December,” he said next. Cortana brought up photos harvested from the machine as well as ones stored online in the cloud with OneDrive. 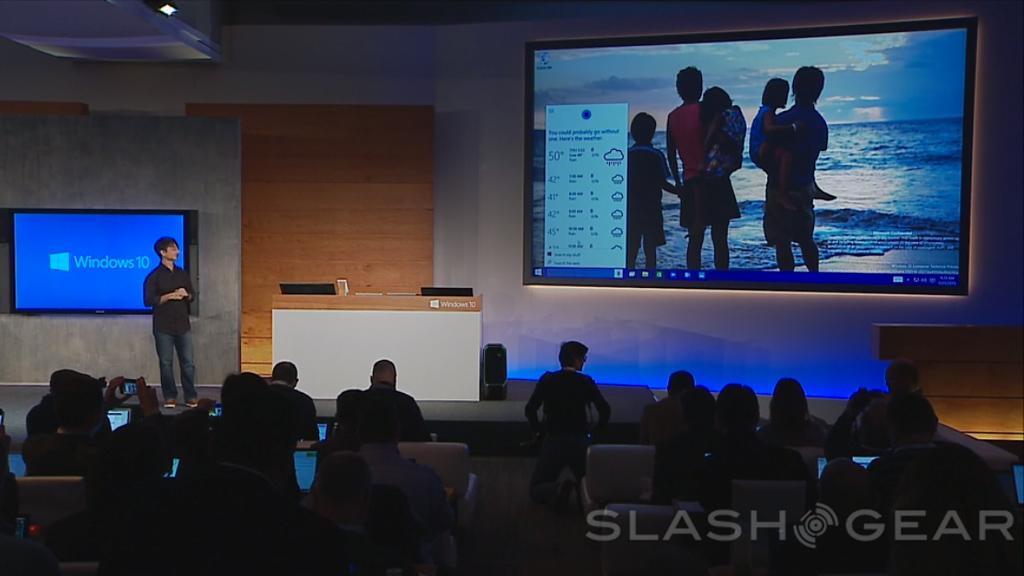 It’s clear here that Windows 10 will usher in more than an extension of the mobile build for Cortana – it’ll bring a whole new experience to the desktop.

The build we’re seeing here is Windows 10 Enterprise Technical Preview, if you’d like to know. We’ll likely see this build released to those interested in testing it out sooner than later. Once Windows 10 is released in full, it’ll be free for the first year.