If you call customer support, some companies will make things easier on both you and the tech support personnel by doing a screen sharing session — basically giving the tech support person remote access to the customer’s computer so they can more quickly perform the actions needed themselves. Comcast, which has not faired well when it comes to customer service ratings, has decided to take the same route, but rather than remote access on computers it is launching a shared screen feature for one of its DVRs.

This is just a pilot test of sorts at this point, and it will only be available with Comcast’s X1 DVR. The feature is called “Co-Pilot”, and through it the customer can grant screen access to the tech support worker so he or she can see the television display. It works by the user authorizing the session. 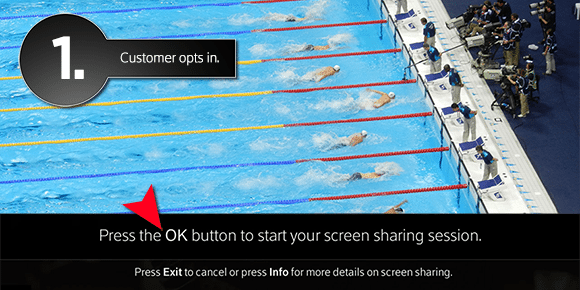 From there, the customer is given an access code they must repeat to the tech worker. That worker puts in the code and then gets access to the display. The screen is shared, and the worker can then see what is going on. The customer is able to end the session whenever he or she would like, however.

The trial is underway, and says Comcast the feature has most commonly been used for showing customers how to use features on the X1. The feature is being refined, says the company, but it plans to roll it out to all X1 users some time later on this year.