Live-streaming from your smartphone is about to get even easier. Comcast is following the lead of live-streaming apps such as Periscope and Meerkat and adding a live-streaming feature to its X1 set-top-boxes. Comcast is introducing Xfinity Share, a new way for people to send live video feeds to from their smartphones to their own TV’s or TV’s of friends and family members. You’ll just need the home phone number tied to their Comcast account to add friends to your contact list. Users will also be able to stream recorded video from their smartphone’s camera roll.

The new Xfinity Share app will be available Friday for iOS and Android. Initially, it will be exclusive to customers subscribed to Comcast’s Xfinity Triple Play package that also have an X1 DVR set-top-box.

If you’re in the middle of watching something when a friend sends you a live-stream, you’ll get a pop-up notification and the opportunity to join and watch the live-stream.

The interface appears fairly easy to use. That may be purposely designed, as Comcast’s customers are TV watchers of all ages and not necessarily skilled with social media. (Perhaps, the most tech savvy would have already joined cord-cutters and abandoned the cable TV platform entirely.) For details on how to use the new feature, you can check out Comcast’s breakdown of the instructions. 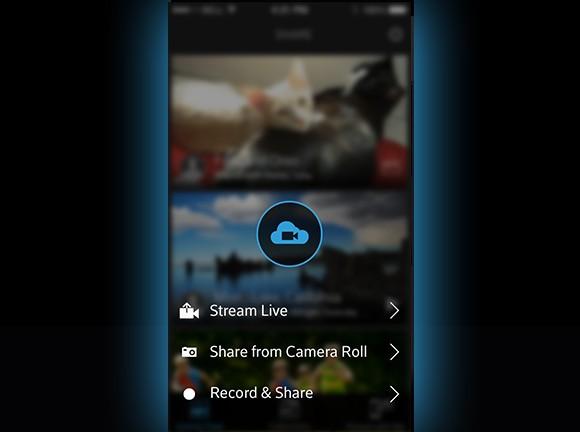 Later on, Comcast plans to roll out additional features such as the ability to share content by sending a url link by email. Eventually, users will be able to live-stream to up to five people at once. Viewers will be able to pause, stop, or rewind live-streams as well as store the video in their X1 Photos App.