In late 2004, a trio of small cities in Illinois were preparing to vote on what would amount to a municipal fiber Internet offering, something that would have undercut both Comcast and AT&T-owned SBC Communications. In all three locations — Batavia, Geneva, and St. Charles — Comcast and SBC took to action, spreading propaganda to squash its budding competition.

Reports Vice Motherboard, for the months preceding the vote, both Comcast and SBC blasted locals with postcards decrying municipal fiber, including “disinformation, exaggerations, and outright lies” to sway the vote in their favor. It is reported that before this “disinformation campaign” was initiated, more than 72-percent of residents looked favorably on municipal Internet. 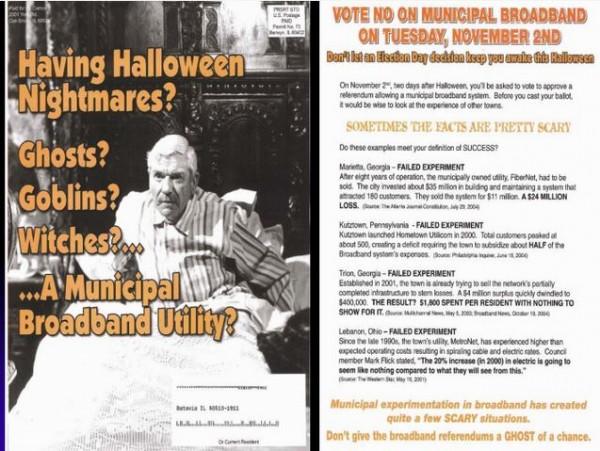 Two-sided postcards were mailed to residents in all three cities, and all of them bid the upcoming network effort as a frightening choice that could result in doom and gloom for unsuspecting locals. Things like allusions to gambling, Halloween-themed warnings, and reminders that Comcast and SBC — calling themselves “two respectable private businesses” — were already available to residents were included on the cards.

The problems, hyperbole aside, was that not all the “facts” on the postcards were true, and others were severely misrepresented, among other problems. All in all, Comcast is said to have shelled out $89,740 USD on fighting the municipal movement, and SBS to have spent over $192,000 doing the same.