Game developer Treyarch has removed some of the fog that surrounds Call of Duty: Black Ops 3 and suffice it to say, fans will be in for another treat in this installment. Aside from a date to look forward to later this year, the developers behind the popular game line has let out hints of what gamers can expect once the it lands in their hands. With a feature pool that includes local or online co-op campaigns, heavy character customizations, and new movement mechanics, Black Ops 3 is poised to become yet another hit in the long running franchise.

Treyarch isn’t giving too much away but does concede that the game’s timeline takes place after Black Ops 2. The previous installment introduced the concept of soldiers being augmented with cybernetic implants and weapons. Black Ops 3 now puts that under a microscope, asking what happens with the soldier becomes the weapon, when technology starts pushing back.

Of course, gamers will be looking for more than just a plot, and Treyarch does plan to deliver a lot on that front as well. It is, for one, bringing back multiplayer mode in the form of co-op campaigns. Here, players can group themselves into four online member or two local buddies. Black Ops 3 also features more sprawling arenas and, naturally, social features to make room for the increased number of players.

Many players will probably look forward to this totally brand new, never before seen feature in the history of CoD: character customization. Players will be able to define not just abilities but also appearance. If that weren’t enough, now they can even choose their gender, complete with the appropriate animations and full voice overs. And it won’t simply be a cosmetic choice either. The game will react differently to the player, depending on which gender was chosen.

Treyarch is all about speed of movement in this installment, removing anything that could slow a player down. Sprints are now unlimited by default, jumping over objects has been revamped, and heading for cover doesn’t depend on the cover’s direction anymore. Quite ironically, they did add one feature that does slow a player down: swimming. Naturally, swimming through water makes movement slower, but strangely it doesn’t affect your control. 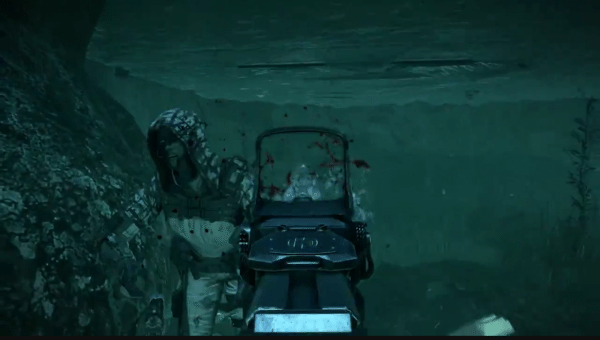 Call of Duty: Black Ops 3 lands on November 6 on PCs, Xbox One, and PlayStation 4. Those who put in a pre-order will be able to take part of the multiplayer beta when that goes live. No mention yet of Xbox One exclusives.