We’ve seen many a VR headset that try to utilize the computers that we already have in our pockets, our smartphones, but almost all of those cater to a small subset of smartphones, sometimes even just one. Cmoar is yet another such VR headset, but, as you might have guessed, it is doing a few things quite differently. It does make use of smartphones for displays but it can actually accommodate any smartphone within a certain size range. It can even make room for iPhones!

That last part might be one of the biggest selling points, given that there are very few headsets made for iPhones. That’s not really surprising because, unlike several Android OEMs, Apple has barely moved in any direction towards the new VR fad, so there isn’t really much in terms of content. Cmoar, however, promises to do more than just be a VR headset. it can also handle AR, 2D, and 3D, thanks to the device’s rather modular design. 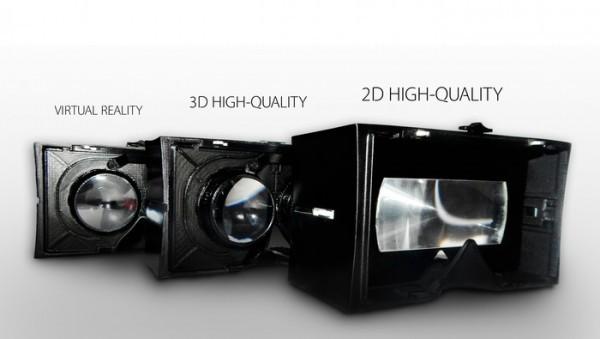 Cmoar has various modules that can be used for different purposes. There’s a 2D module that does what it’s name says and reduces the strain of watching 2D content with the goggles. The 3D module swaps out the lenses to optimize for 3D viewing, naturally. There are even Full HD and 2K display add-ons that can be connected to a PC or console to bring together the best of both worlds of immersive viewing and high resolution content. 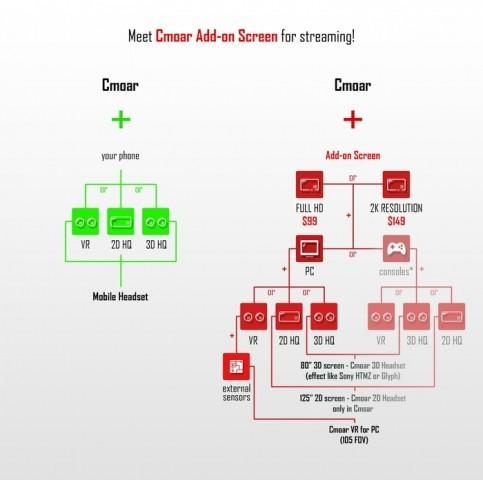 But wait, there’s more! Cmoar tries to accommodate almost any smartphone, ranging from 4 to 5.7 inches, with a special holder specially made for the iPhone 6 Plus. Because of that, however, it has to resort to using its own external sensors in order to maintain a certain level of quality and bridge the gap between the varying devices which don’t have the same kinds of sensors. 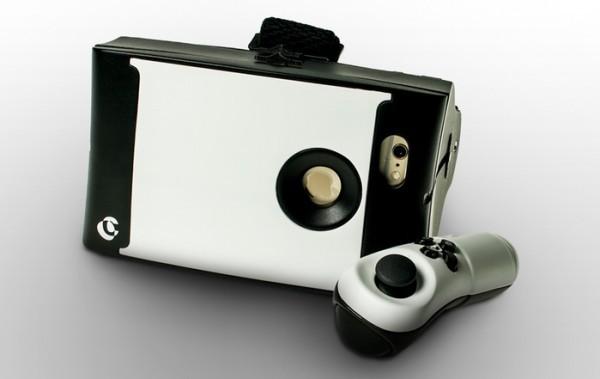 As for the headset itself, it sports its own controls for basic things like volume, buttons, menus, and other basic functionality. But there is also a Cmoar gamepad which looks a bit like a Wii-mote, albeit in a more stylish form, and does function like one. Cmoar is currently still on Kickstarter, with a delivery date scheduled for June this year, but it has already met its funding goal with 5 days left to spare.