Civilization VI is turning four years old in October, and after two expansions and a number of scenario packs, you’d be forgiven if you figured that Firaxis was done with the game and had moved on to working on Civilization VII. While Firaxis could very well be working on next Civilization game, it turns out the company isn’t quite done making new content for Civilization VI yet, today announcing the New Frontier Pass.

According to a post on the Civilization website, the New Frontier Pass will be comprised of six content packs in all. It seems that each new content pack will add at least one new leader, one new civilization, and a new game mode, with some packs adding more than that.

For instance, the first content pack will add two leaders and two civilizations – the Maya and Gran Colombia – to the game, along with the Apocalypse game mode, new city-states, and new resources. That first content pack is launching on May 21st, 2020, and will be followed by a second content pack in July that adds Ethiopia, a new leader, new districts, and a game mode called Secret Societies. 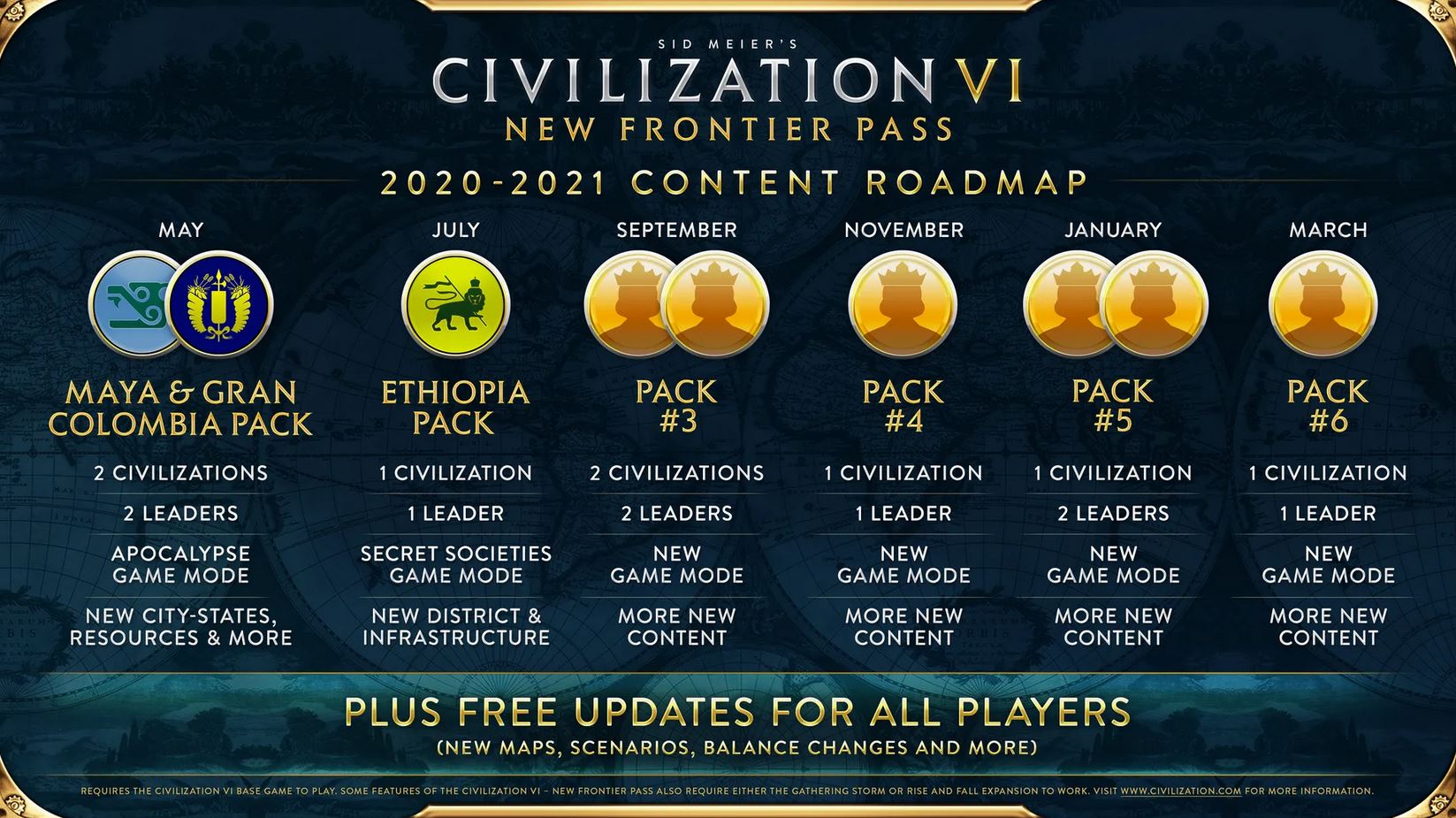 The premium content releases will continue every two months until we arrive at the sixth and final content pack in the New Frontier Pass in March 2021. In addition to the paid content in the New Frontier Pack, we’ll also see six free updates for all owners of Civilization VI that serve up free content, balance changes, and quality-of-life updates.