Chrono Trigger at 25: Into the Future

All this week, I’ve been writing a series of articles about my favorite game of all time, Chrono Trigger, as it reaches its 25th anniversary. I’ve held up the game’s story, characters, and music all as examples of what makes this game great, but there’s one thing I’ve yet to touch on that I feel deserves a special mention: the twist.

Note: There are heavy spoilers for Chrono Trigger ahead. This article series assumes readers have completed the game, so if you haven’t yet, stop reading here.

In truth, Chrono Trigger has a couple different twists, and one – the fact that Chrono Trigger builds Magus up as the game’s main antagonist when really his goals align with those of the heroes – has already been a major focal point of this series.

Of course, those who have already played Chrono Trigger know what twist that I’m talking about: Crono, the game’s main character, is killed off part way through the game. In the Age of Antiquity, when the insane Queen Zeal awakens Lavos to harvest its energy, Crono and his party are forced to fight the alien well before they’re ready. The party, unsurprisingly, is defeated, and Crono sacrifices himself, which gives Princess Schala time to teleport his friends to safety. 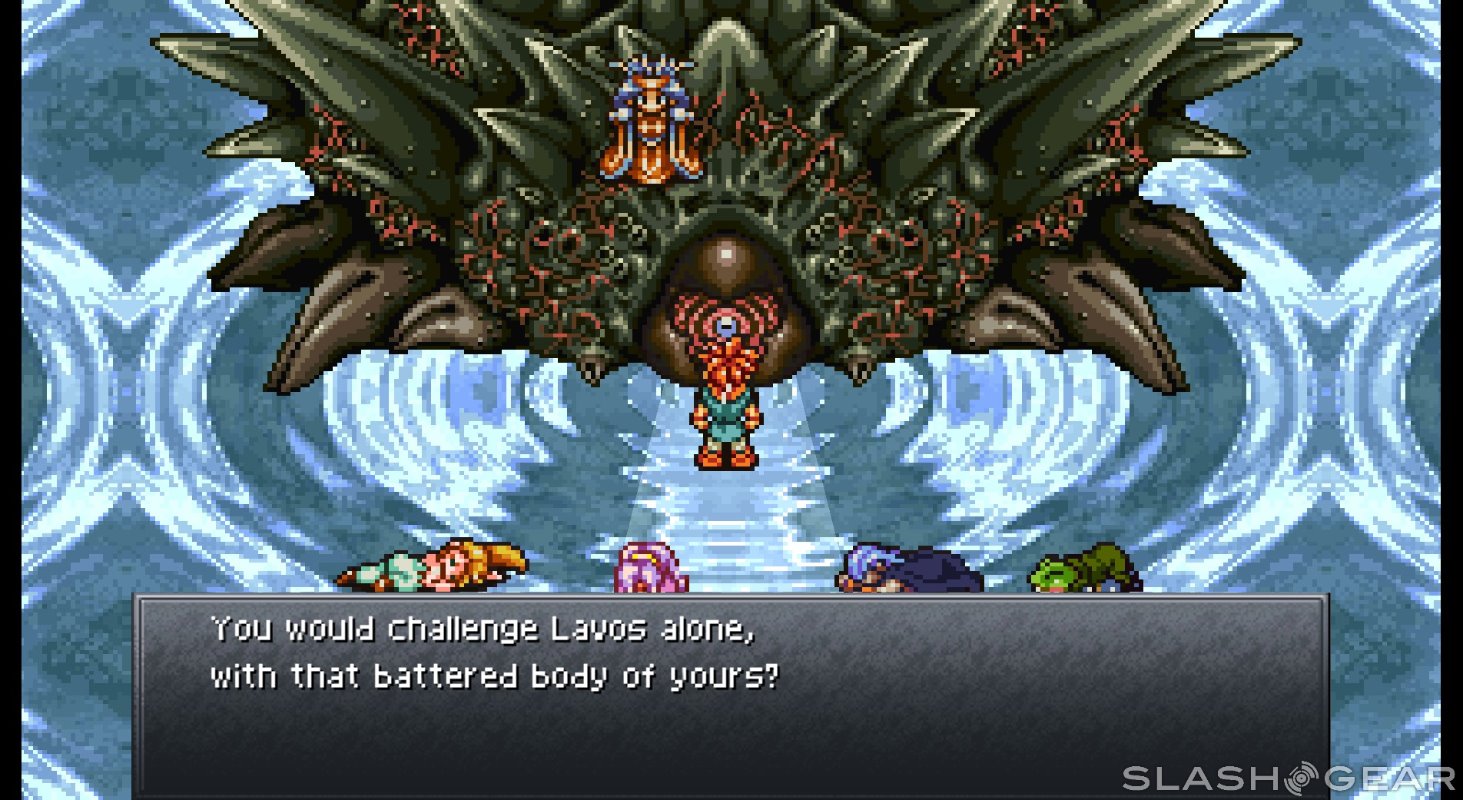 Obviously, Chrono Trigger wasn’t the first video game or movie or TV show to kill off its principal character. Generally – and this is particularly true when it comes to video games – we see those characters revived later on in the narrative somehow. Sure enough, Chrono Trigger gives you the opportunity to bring Crono back at one point (using the titular Chrono Trigger, no less).

What makes Crono’s death so impactful is the fact that while you can bring him back to life, you don’t actually have to. You can carry on with the party members you have and complete the game without ever reviving Crono, despite the fact that he’s the main character.

In fact, one of Chrono Trigger‘s endings requires that Crono remains dead through your final confrontation with Lavos, so if you want to see all of the game’s endings, you’ll have to finish the game without him at some point. While I haven’t been shy about Chrono Trigger spoilers in this series of articles, I’ll leave that ending a secret for those fans among us who haven’t seen it. 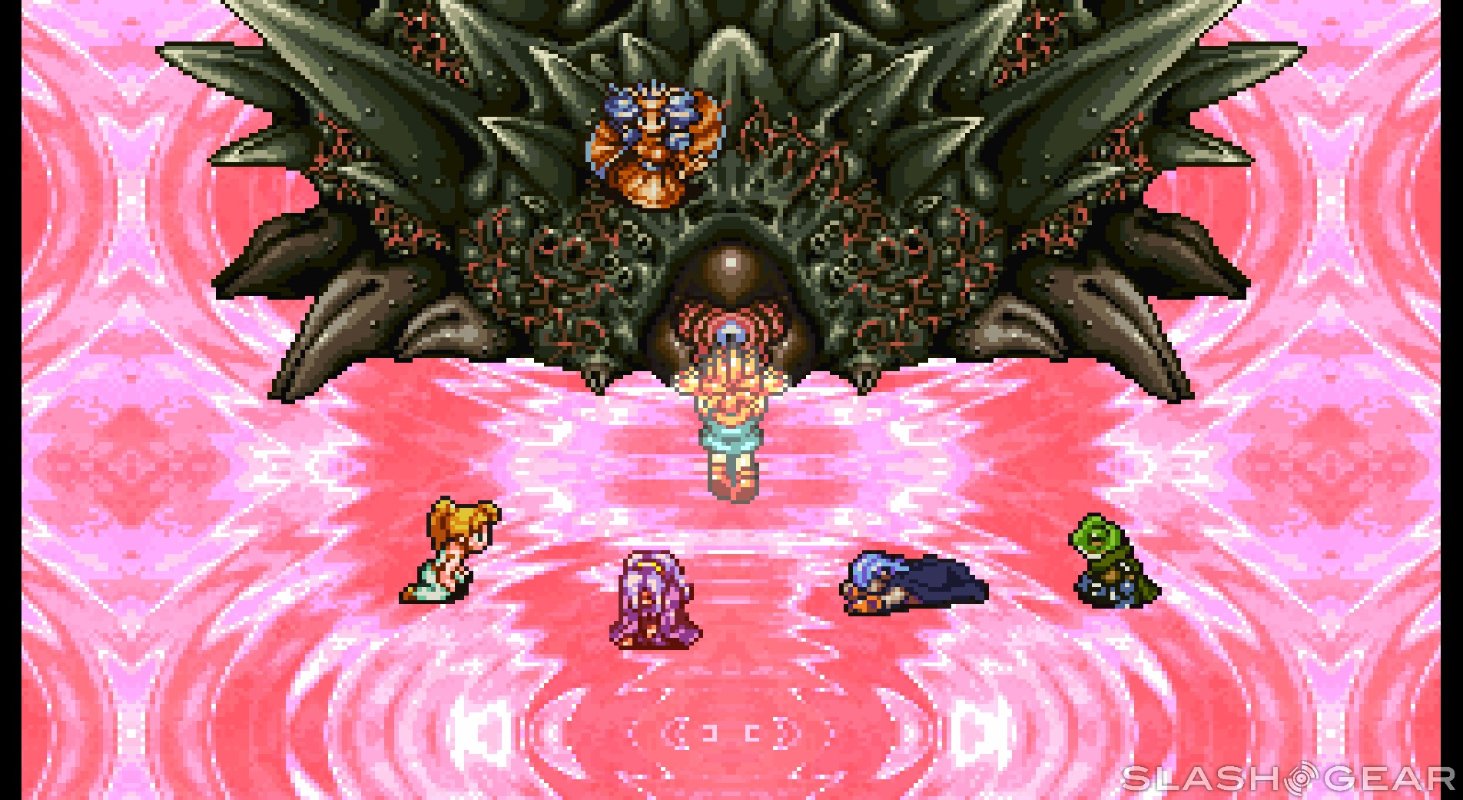 It takes a lot of guts to kill off your main character, especially silent protagonists who are supposed to serve as an avatar of the player. The first time I played through Chrono Trigger, that moment where Crono sacrifices himself in the Kingdom of Zeal was quite the gut punch, because back in 1995, we didn’t have too many games that would go for a twist like that.

In the end, that jolt just serves to make Chrono Trigger all the more memorable. Every part of this game, whether it’s the characters, story, music, or just the unexpected ways the narrative twists and turns, comes together to make Chrono Trigger not just one of the best RPGs ever made, but one of the best games of all. It is a masterpiece in every sense of the word, and anyone who likes video games – even those who don’t usually enjoy RPGs – should play it at some point.

So, what happens from here? Usually a game as good as Chrono Trigger would spawn some kind of never-ending franchise like Final Fantasy and Dragon Quest did, right? Chrono Trigger did have a sequel called Chrono Cross for the original PlayStation, and while there are indeed plenty of references to Chrono Trigger throughout, it’s safe to say that Chrono Cross probably isn’t what most people were looking for out of a proper sequel (despite being very good in its own right).

We also have Radical Dreamers, which serves as something as a side story for Chrono Trigger and introduces some of the characters from Chrono Cross. Chrono Trigger writer Masato Kato and composer Yasunori Mitsuda returned for this text-based adventure, but the game ultimately received limited attention from gamers. 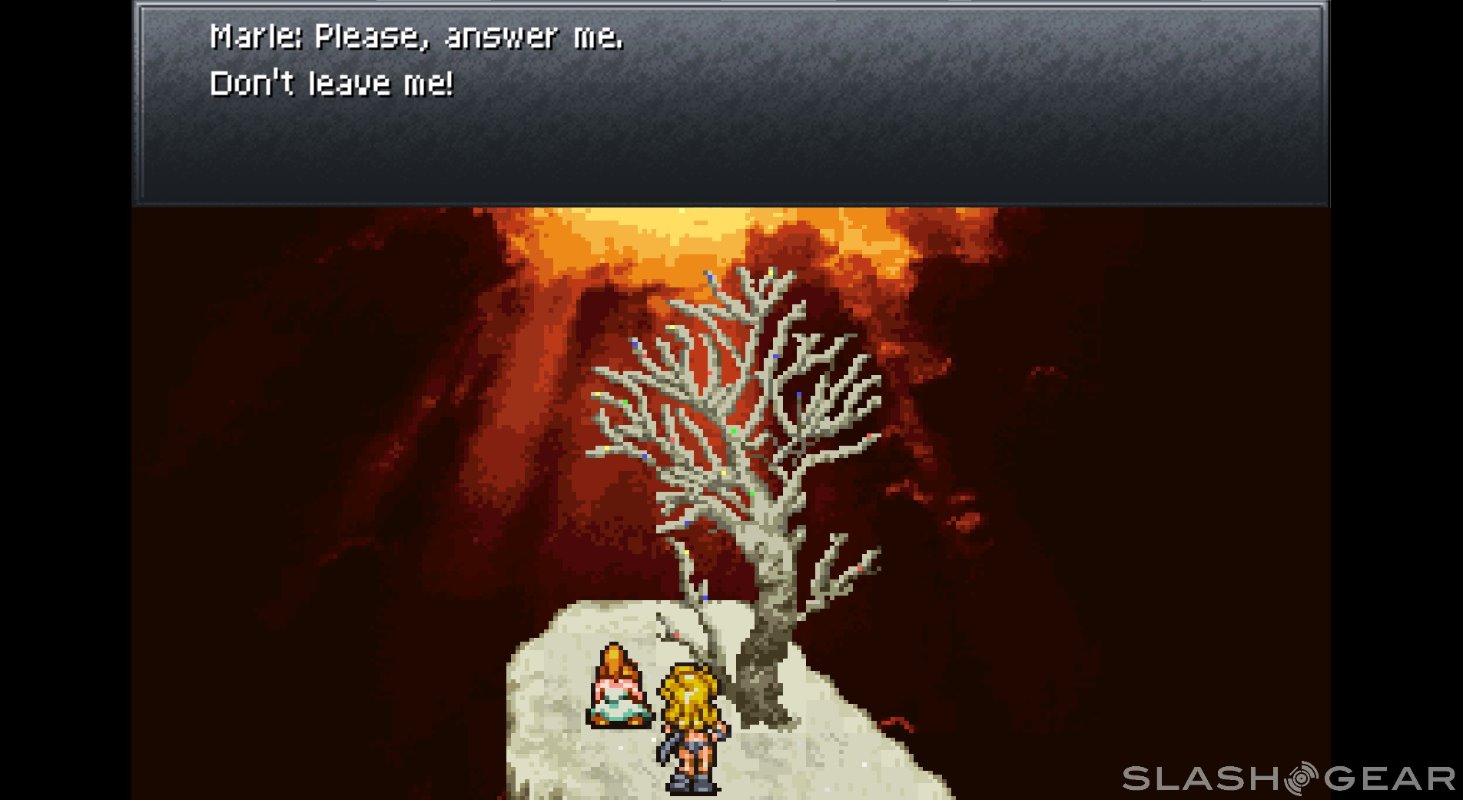 As far as the Chrono series is concerned, that’s it. Chrono Trigger, Chrono Cross, and Radical Dreamers don’t exactly make for a sprawling franchise on the scale of Final Fantasy, which is kind of a shame because the Chrono universe is a rich one that would be worth exploring in more games.

That said, it might also be a good thing, because a series as long running as Final Fantasy is bound to have as many – if not more – lows as it has highs. While we might like to look back on games like Final Fantasy VI or Final Fantasy VII with fondness, there are plenty of other games in the Final Fantasy series that don’t get benefit of such warm recollection. 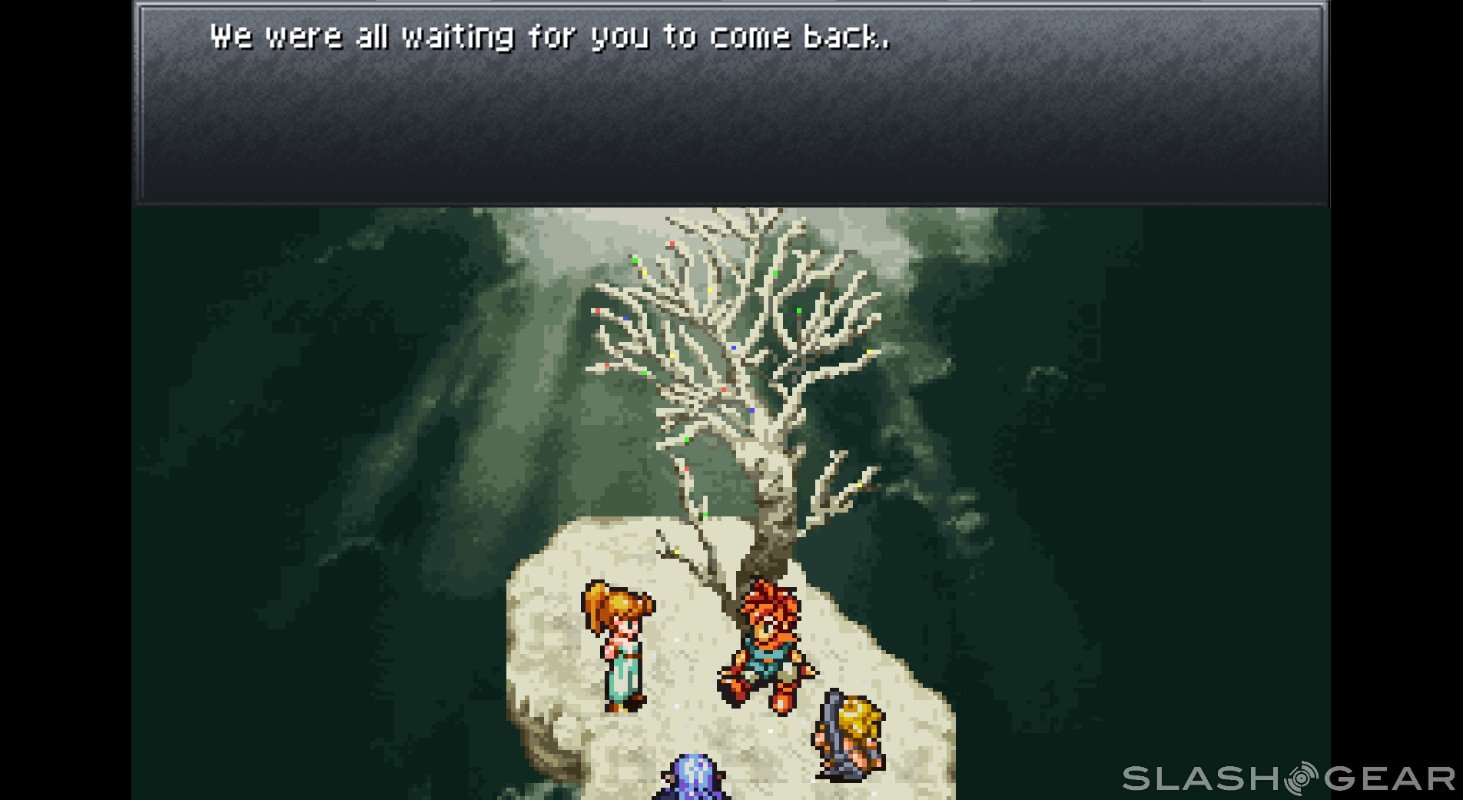 As someone who loves Chrono Trigger probably more than any other game out there, would I want more games in the series? At this point, probably not. Chrono Trigger is very much a product of its time, and I think that the tastes of gamers have changed significantly since it was released 25 years ago. I think that a new Chrono game could work, but I also worry that this modern focus on games-as-a-service from major publishers might complicate things in a way that would tarnish the legacy of the game I love so much.

I’m fine with Chrono Trigger, Chrono Cross, and Radical Dreamers existing as our only windows into this particular universe, but I definitely wouldn’t mind seeing a remake in the vein of Final Fantasy VII Remake. In my mind, Chrono Trigger is just as special as Final Fantasy VII, so Square Enix should consider giving it the same kind of makeover. 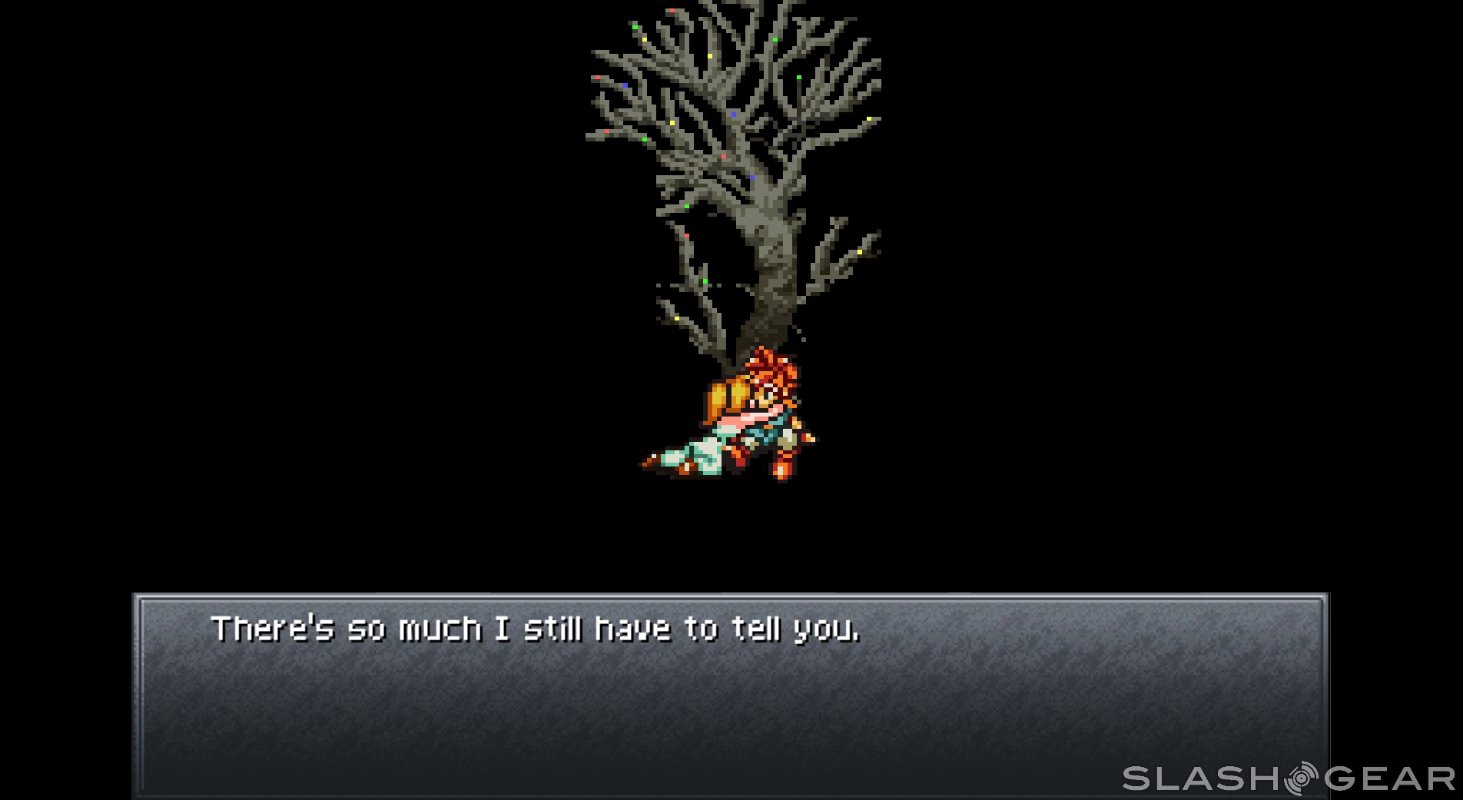 A remake is safer than a sequel because, if it turns out to be bad, we can always go back to the original. While a sequel might shift the narrative in ways that don’t sit well with Chrono Trigger fans, or somehow ruin the characters we fell in love with all those years ago, a remake that stops short of making dramatic changes to the original game’s story doesn’t really run that risk.

Who knows if we’ll ever see that actually happen but, after the success of Final Fantasy VII Remake, I’m confident that the Square Enix executives responsible for calling the shots have at least considered it. Until the day that such a remake is announced – if that day ever comes at all – I’m more than happy revisiting the original game every once in a while, because Chrono Trigger is an adventure that never gets old.

Throughout the week, SlashGear has been publishing a series of articles commemorating the 25th anniversary of Chrono Trigger. This is the final article of the series, but if you missed any, you can find links to all of previous articles below. Thank you for reading!