Google’s Chromecast now has the ability to mirror your smartphone or tablet’s display instantly. First announced earlier this year at Google I/O 2014, Screen Mirroring will allow you to show whatever you’ve got on your small device on the screen of your television.

Though we’ve not gotten the opportunity to test it out ourselves quite yet, it would appear that there are few limits to this screen casting feature. We must assume that some apps will not be able to be mirrored without proper allowances – though Google does suggest that “anything on your Android device will appear on the TV.”

Notable absent from the announcement sent out by Google today is a mention of gaming. Instead they suggest that “your favorite apps, photos, or anything else” will be mirrored to your TV. 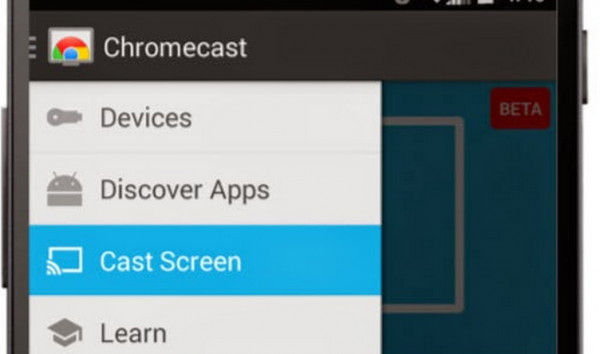 As we mentioned in one of our Android L explorations last month, the “Cast Screen” option appears in your quick settings menu. For those of you outside of the Nexus universe, you’ll find this option in the Chromecast app in the navigation drawer. 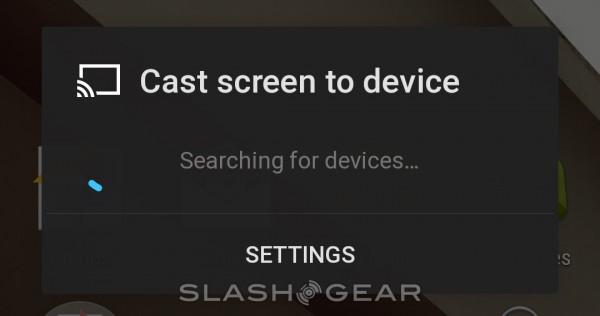 If you do not see this option in your app yet, you’ll just have to sit tight. An update to the Chromecast app (version 1.7) will be appearing for a variety of devices starting this week.

Below you’ll see the relatively limited set of devices that’ll be getting this feature first.

Casting of one’s screen “is currently not supported” by iOS devices, and Google has not mentioned if or when the iPad, iPhone, or iPod touch will get such functionality. All screen casting is currently in Beta mode, as well, so don’t freak if it’s not perfect!