It really seems that Chrome OS is being groomed to be the one OS that runs them all. Well almost all. In addition to its native Chrome-based platform, it now supports Android through Google Play Store and, just recently, Linux. Because of those two, it is also possible to run Windows programs to some extent. CodeWeavers, which develops software for running Windows programs on Mac and Linux, has just shown what could be a better way to run those same programs on a Chromebook.

That’s pretty much the case here, except substitute the Android Runtime on Chrome with the new Linux virtual machine for Chrome. Linux support is currently still only available for the Google Pixelbook and both it and this version of Crossover for Linux on a Chromebook are still experimental, which explains why installing a Windows program isn’t as straightforward. 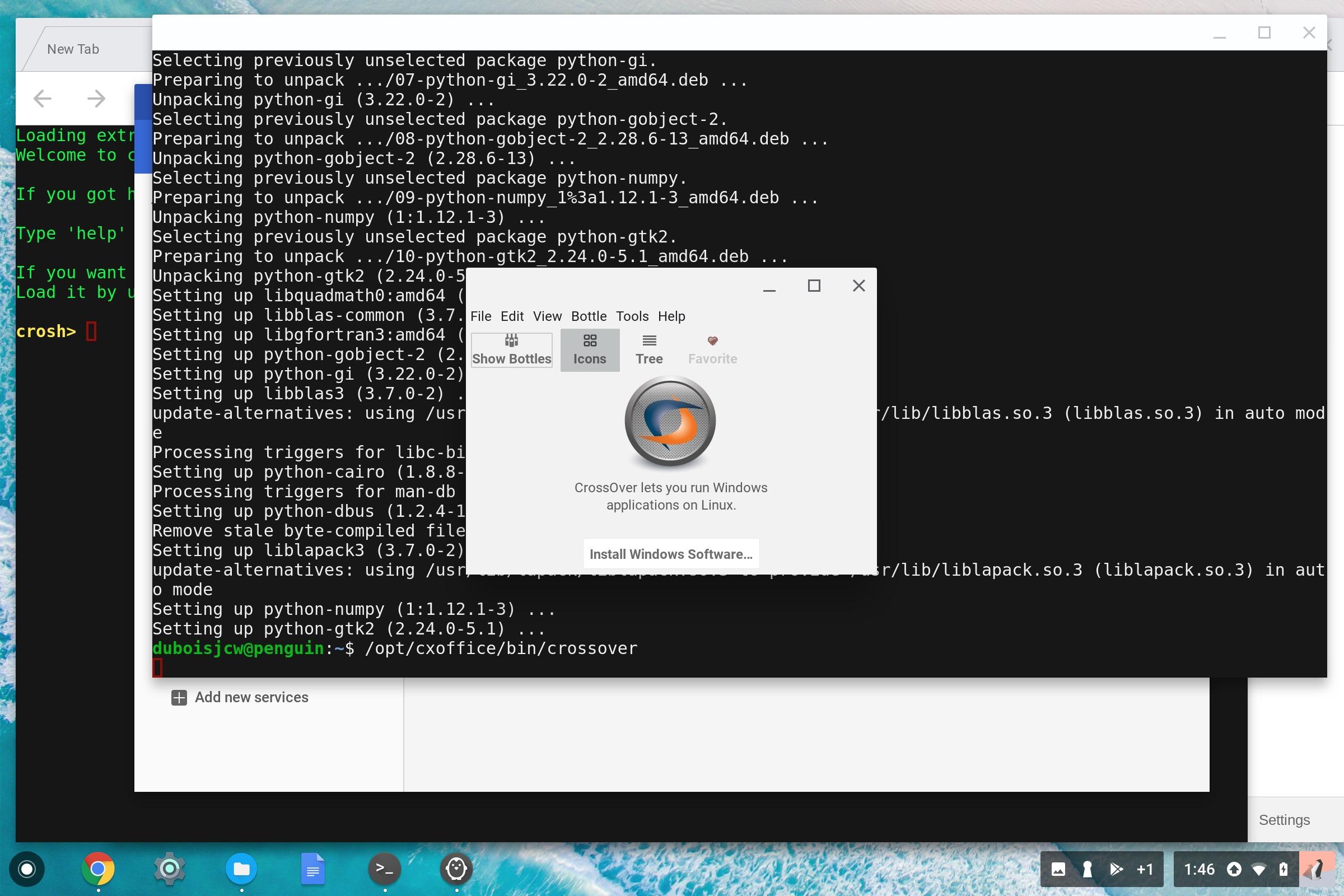 The technical details can be read on CodeWeaver’s blog but, suffice it to say, it requires familiarity with fiddling with the Linux command line and the Debian GNU/Linux distribution in particular. Linux users who would want to run the OS on Chromebooks would probably be familiar with those anyway. But aside from the installation, there are other missing features, like an icon to easily launch the installed Windows program.

So why go through the hoops when CrossOver for Android is currently the recommended way to run Windows apps on Chromebooks? Right now, the Android path apparently doesn’t run all of CrossOver’s supported Windows programs, such as Quicken used in this demo. Given Google’s unknown plans for this Linux-Chrome OS bridge, CodeWeavers doesn’t recommend user put their Windows eggs in this basket just yet.