Chromebooks are about to level up

Chromebooks have seen a massive surge in sales since last year as many schools, families, offices switched to remote or at-home arrangements. This class of devices has always been designed and marketed for such situations, where most of the work and even play happens on the Web, either directly inside browsers or using Web Apps. Things have definitely changed a lot over the past few years, with Chrome OS gaining a lot of capabilities that might also require even more hardware power. Thankfully, that muscle is just around the corner from Qualcomm’s newest Snapdragon Compute platforms, just in time for the potential arrival of Steam.

The Snapdragon 8 Gen1 for mobile devices isn’t the only new chipset that Qualcomm has announced, even if it is the one grabbing headlines now. That’s pretty understandable since it will be powering the next generation of flagship smartphones in 2022, a market that is always at the forefront of tech news. The famed chipmaker, however, also has two new Systems-on-Chip (SoCs) that are designed for even more resource-hungry computing devices, namely Windows PCs and Chromebooks.

The Snapdragon 8cx might be familiar to those keeping an eye on Arm-powered Windows PCs, and this third-gen chip tries to take that promise to the next level, partly thanks to being the first 5nm platform intended to be used on Windows laptops and Chromebooks. There’s also the fact that the chipset utilizes not one, not even two but four Cortex-X1 cores and four Cortex-A78 cores. Granted, those are last year’s Arm IPs, but their configuration still surpasses Qualcomm’s own Snapdragon 8 series for mobile. 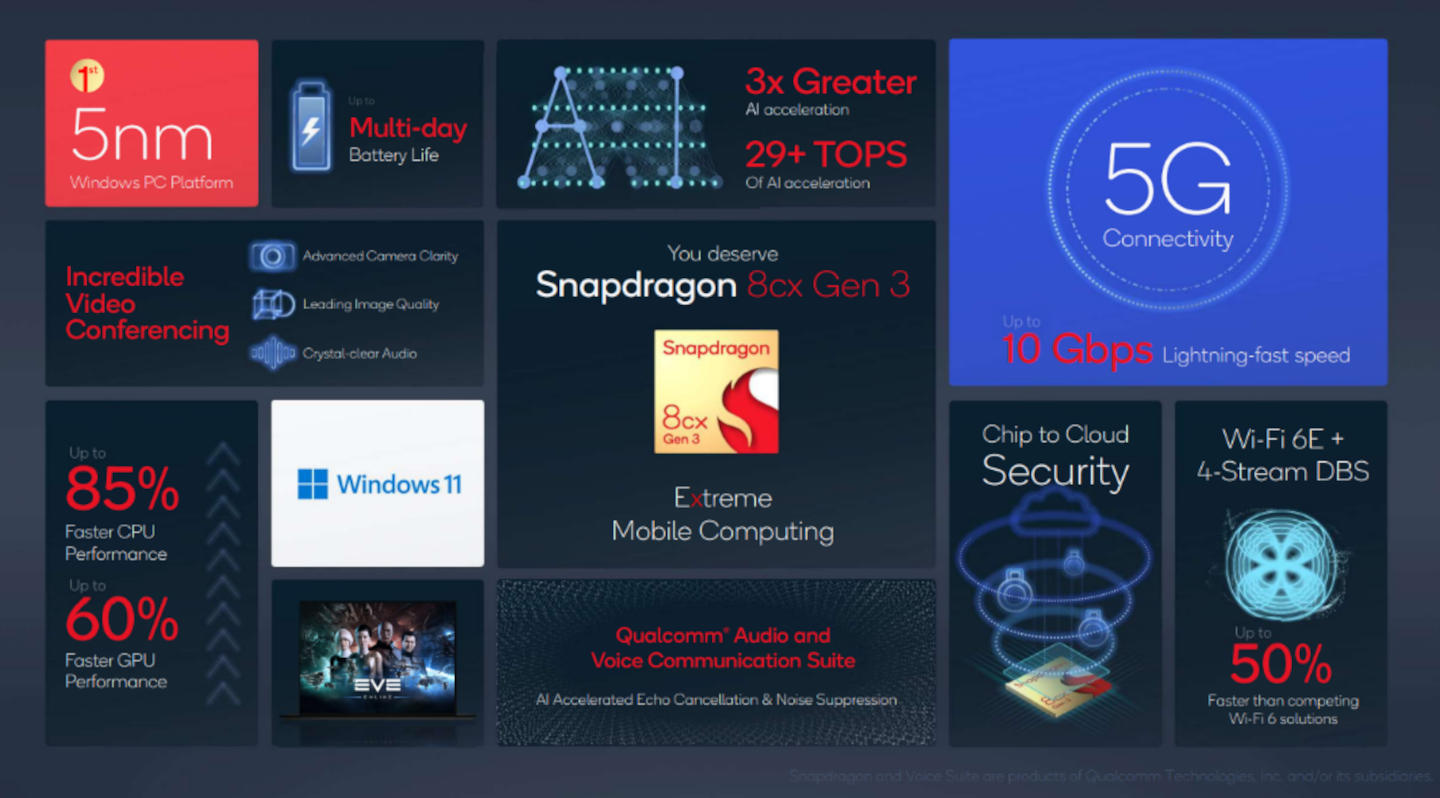 On paper, Qualcomm is advertising a large 85% leap in CPU performance over the Snapdragon 8cx Gen2 and a more modest 60% GPU improvement as well. AI and 5G capabilities are, of course, part of the standard package, touching on the core facets of modern computing, be it on mobile or on top of your desk. Arm-powered Windows PCs are, of course, the core focus of this new Snapdragon 8cx Gen3, but Qualcomm’s wording suggests that Chromebooks are also fair game for this new compute platform.

The company is less ambiguous about the target of the Snapdragon 7c+ Gen3, another third-gen processor but this time for the company’s mid-tier compute platform. It is a bit more meager as an upgrade and is more in line with what you have seen in previous Snapdragon chips for phones. Specifically, there are four Cortex-A78 cores and four Cortex-A55 cores working together, pretty much last year’s configuration without the beefy Cortex-X1.

Still, Qualcomm presents the Snapdragon 7c+ Gen3 as a significant jump from its Gen2 predecessor, promising a 60% CPU improvement and a 70% faster GPU. 5G is delivered via the Snapdragon X53 5G modem, while both Wi-Fi 6 and 6E are supported.

Compared to the Snapdragon 8cx Gen3, the Snapdragon 7c+ Gen3 is squarely targeted at what Qualcomm calls “entry-tier” computers, both Windows PCs and Chromebooks. Windows, however, might have problems with it, but Chrome OS will probably run as smooth as butter. That said, Chromebooks might need all the processing power they can get when Google and Valve’s collaboration finally takes fruit. 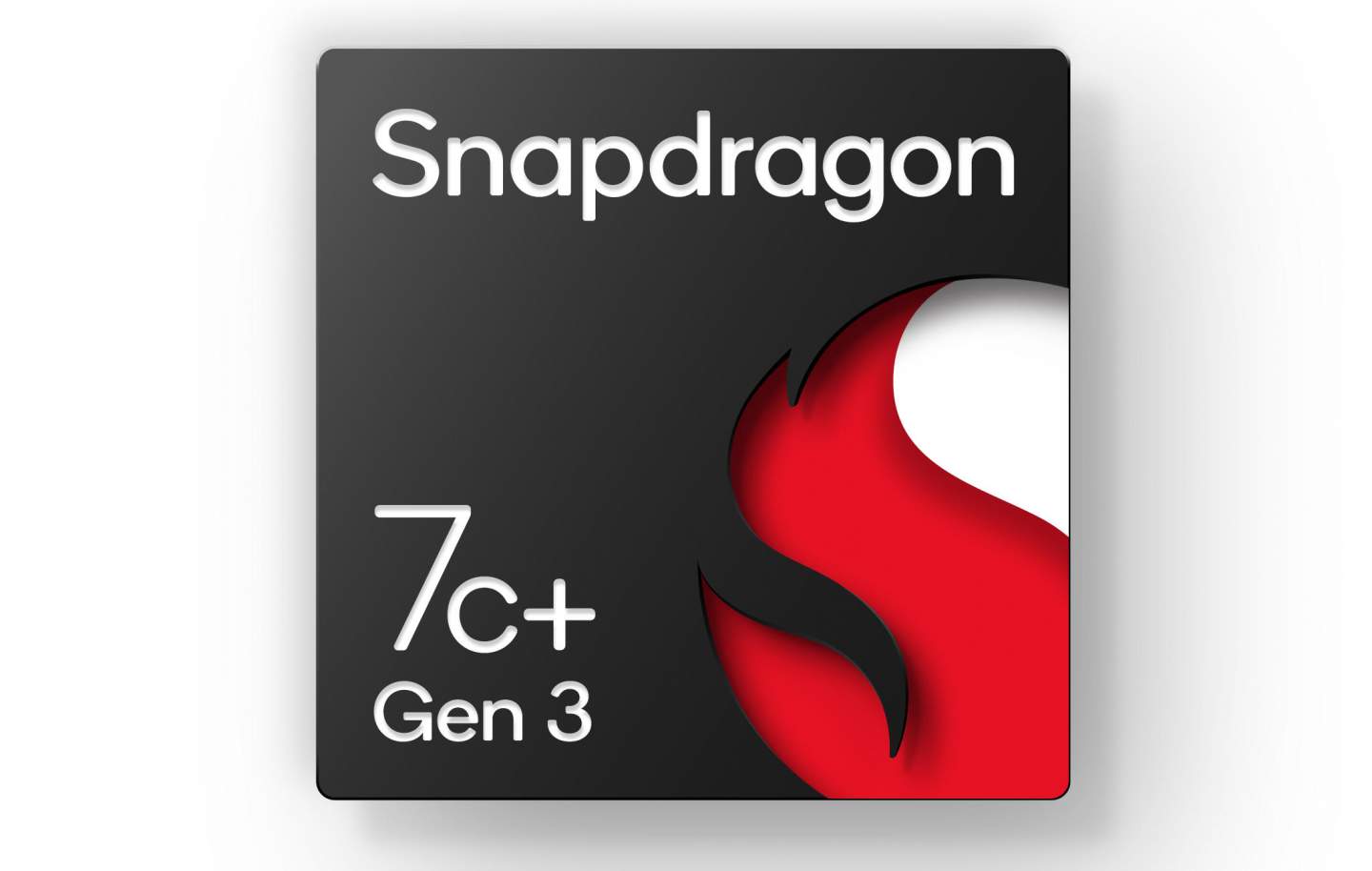 It has long been discovered that Steam will eventually make its way to the more web-centric Chrome OS platform. The efforts under the codename “Borealis” are slowly inching towards becoming a more visible part of Chrome OS. As Android Police noted, there will be some flags that will be available in the next Canary dev version of Chrome OS 98.

There is also some movement on preparing Steam Proton, Valve’s compatibility layer for running Windows games on Linux, for Chrome OS compatibility. It still has a long way to go, though, but getting started early bodes well for Steam’s future on Chrome OS. 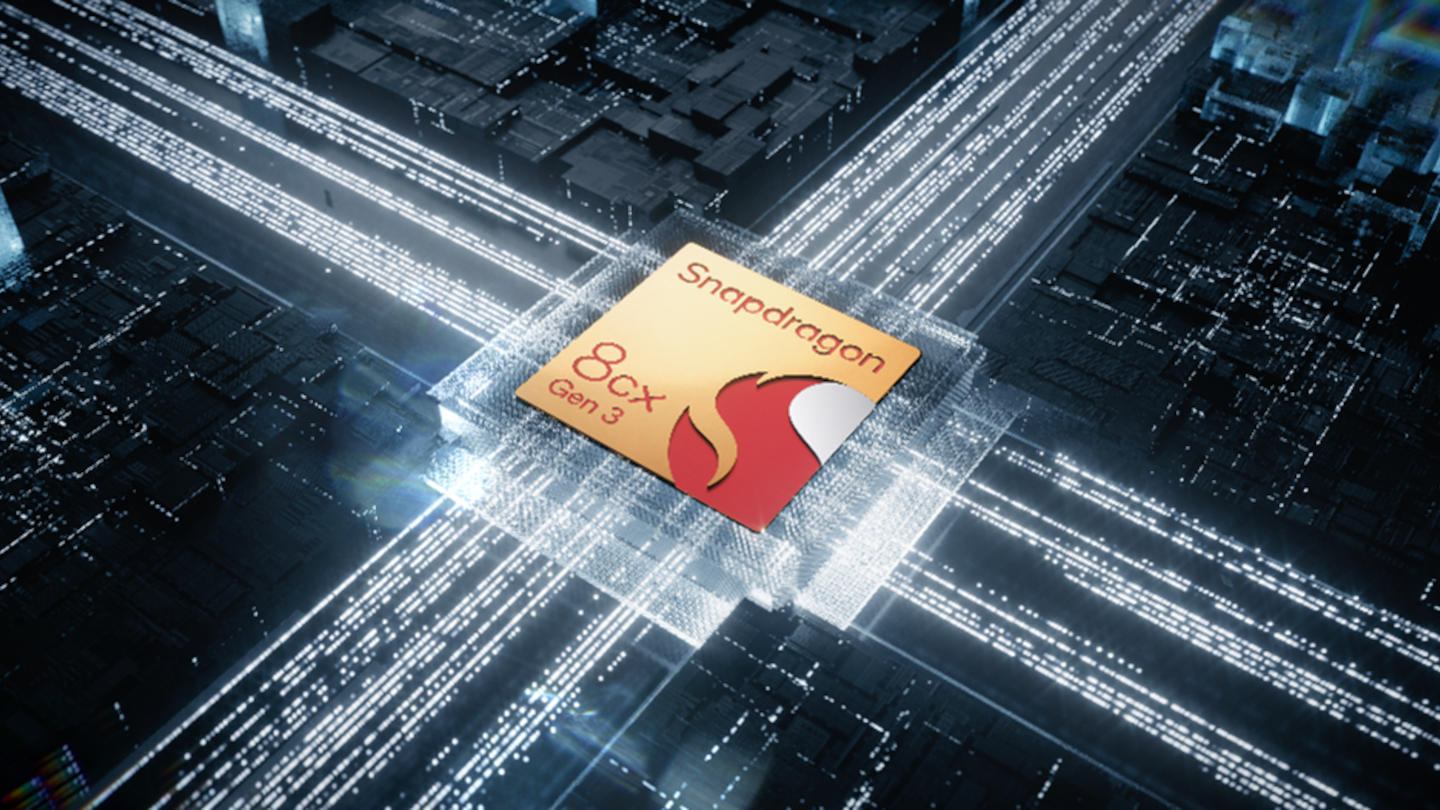 Chromebooks have already proven their mettle in the enterprise and education sectors, but those aren’t the only sectors that Google will want to serve. Giving these devices more processing power and accommodating PC games will go a long way in making Chrome OS more mainstream. Whether Qualcomm’s third-gen chips are up to the task or not, however, is something that needs to be seen when devices powered by the Snapdragon 8cx Gen3 and Snapdragon 7c+ Gen3 come out next year.