Just when things were starting to look up for consumer computing devices last year, 2021 brought its own big problem that’s shaking up more than just the tech industry. PCs, tablets, and Chromebooks enjoyed a surge in interest and sales in 2020 because of new work from home and remote schooling arrangements, but this year’s ongoing component shortage threatens to upset those gains. Despite that bleak scenario, tablet shipments managed to grow in Q2 this year, with Chromebooks showing the biggest wins.

According to IDC’s numbers, Chromebooks grew by 68.6% in the second quarter of 2021 compared to the same period last year. The 12.3 million units that the market shipped may not be as large as the previous two quarters but still comes close to those. HP has the highest growth at 115.7% year-over-year and also has the lion’s share of that market.

The rapid growth of the Chromebook market has been attributed to the COVID-19 pandemic, for better or worse, as Google’s Chrome OS continues to spread to new markets. The market analysis company shares that there is a noted uptick in Chromebook sales in Europe, while some countries in Asia are starting to look into the devices for use in schools.

Compared to Chromebooks, tablets had a more modest growth of 4.2%, with 40.5 million units sold. Considering how close tablets were to obsolescence, that’s still a significant improvement. Apple still leads the market with a 31.9% share, while Samsung is at a far second at 19.6%. 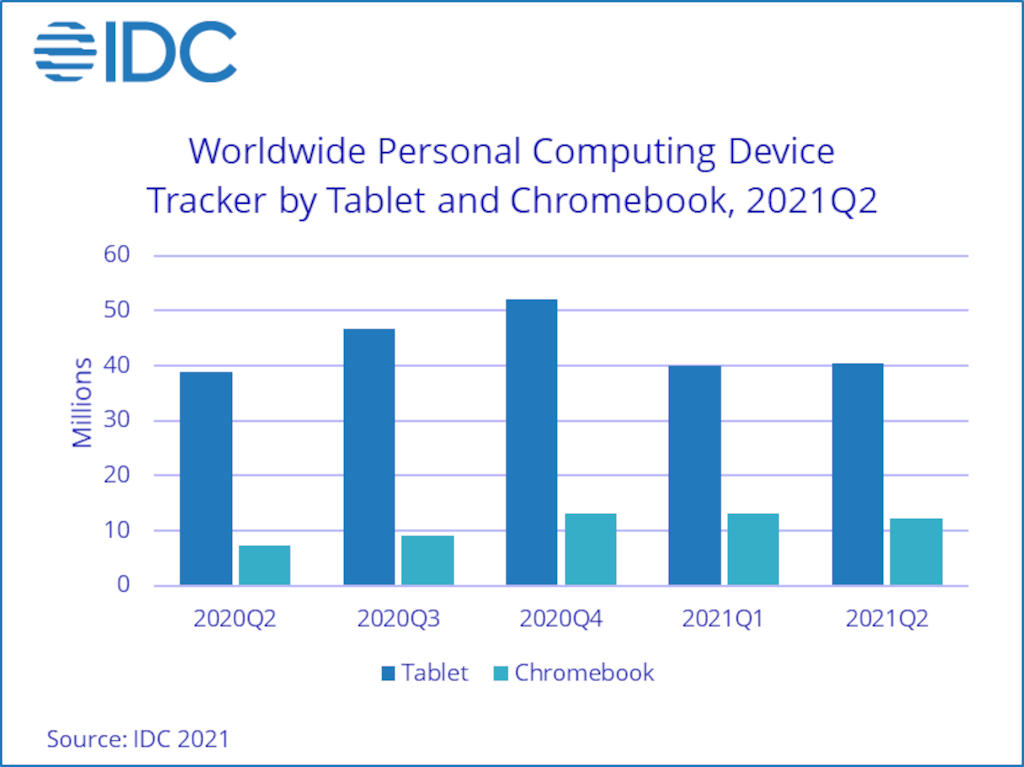 Nothing lasts forever, of course, and there are already concerns that this positive status for Chromebooks and tablets could start deteriorating soon. Due to supply concerns, some manufacturers seem to be focusing on more profitable Windows laptops instead. Demand for tablets, on the other hand, is expected to slow down sooner in comparison.