Chrome OS Tote can have shortcuts for anything on your Chromebook

The amount of digital content we create these days also means there’s an equally large or even larger amount of content we acquire day in and day out. Once upon a time, that would have resulted in a desktop or workspace cluttered with icons, but these days that translates to innumerable files, downloads, screenshots, and everything else. Although not exactly an organizational tool, Chrome OS’ Tote feature lets you quickly access the most important or at least most recent items on your Chromebook, conveniently ignoring the growing clutter in other parts of the system.

Google introduced Tote back in March as its fancy name for what has become a now-standard “Shelf” feature on many operating systems. In a nutshell, it’s a place to stash away sometimes transient items like recently downloaded files. Today’s announcement, however, reveals that you can keep almost anything you need quick access to on that shelf.

Tote is primarily designed to be something like an advanced clipboard for accessing screenshots. Since Google added document scanning to Chrome OS last April, scanned documents also go there as well. While the last five screenshots can also be accessed from the regular clipboard, Tote carries the advantage that annotations you make on screenshots are automatically be saved there as well.

You can also easily access the most recently downloaded files from Tote, but there might be times that you want a particular file to be always available with as few clicks as needed. Thankfully, you can pin files to Tote and have them always appear at the top, ready to be dragged and drop to any document you are working on. 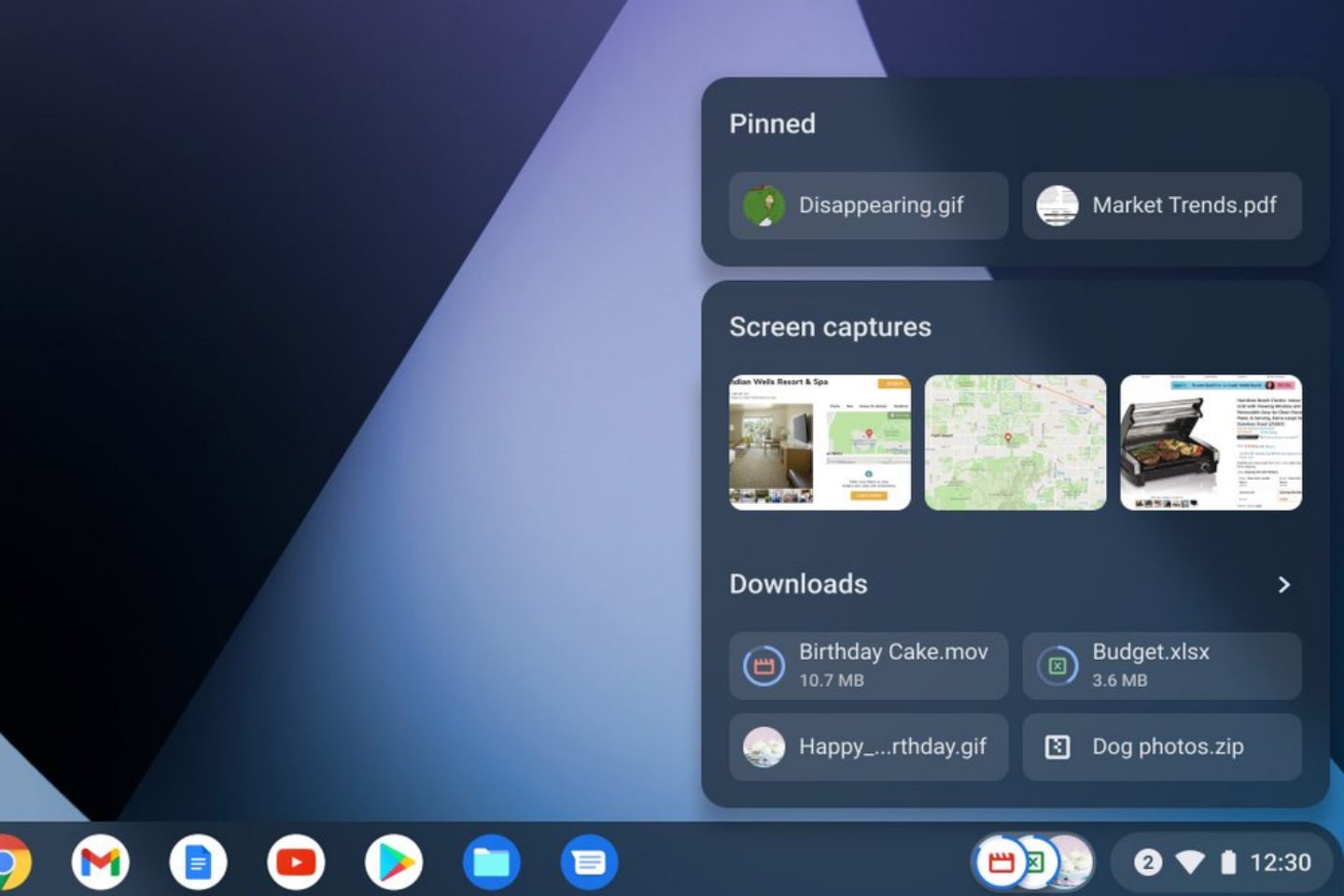 Shelves like Tote have become an almost indispensable tool in putting some order to the chaos of dozens of downloaded files, screen captures, and scanned documents. Since it’s a built-in Chrome OS feature, it is deeply integrated into the platform, or at least will be better integrated soon. Google plans on introducing download status indicators to files on Tote, the same indicators you’ll soon be seeing on Chrome OS’ shelf itself.