There seems to be a growing trend among PC makers to acknowledge the critical role smartphones play even while people are using their desktops or laptops. From Microsoft to Dell to LG, those in the Windows PC world are starting to catch up with what Apple has long been doing, allowing for deeper integration between mobile devices and computers. Although extremely late, Google is also following suit and is very slowly starting to roll out its new Phone Hub to sync Android phones with Chromebooks.

It’s probably a bit shocking to hear but one of the best integration between Microsoft and Samsung, or at least some of Samsung’s most recent flagships. Going beyond just mirroring notifications or even making calls or sending messages, Your Phone can actually either mirror the phone’s screen or, depending on the Galaxy phone model, even run multiple Android apps as if they were native Windows apps.

Given Google’s role in developing both Chrome OS and Android, you’d think it’d be able to do the same easily. Unfortunately, that’s not the case but, fortunately, Google is at least catching up. It has started to push what was revealed to be the Phone Hub app to Chrome OS and it already provides the basic functionality plus an exclusive perk of being a first-party Google app.

Once set up, Phone Hub can indeed mirror phone notifications so you won’t have to pick up your phone every time you get one. You can even toggle some settings on or off right from Chrome OS, making it act like a remote phone control. As for the special feature, Phone Hub also lists the most recent Chrome tabs you viewed on your phone so you can open them up on your Chromebook instantly. 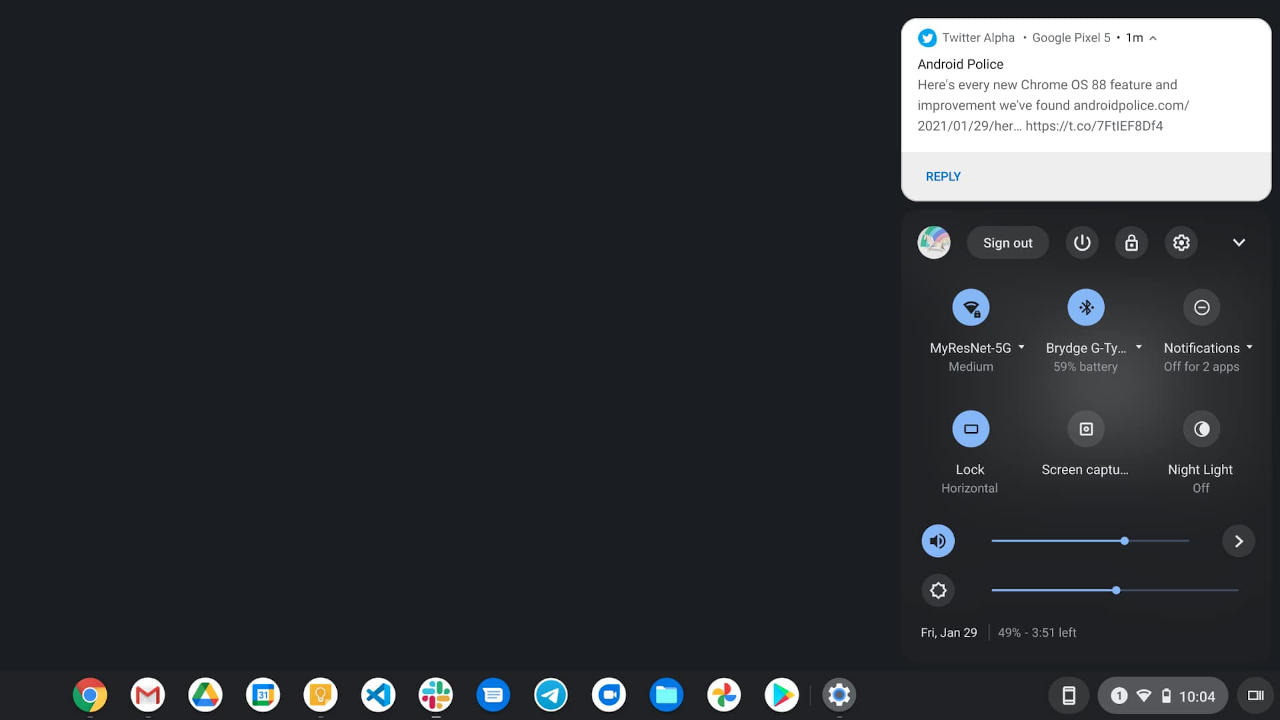 Compared to some phone mirroring and syncing utilities, all of these sound almost too basic. Hopefully, however, this is just the start and Google will be able to integrate its two platforms more deeply, better than any other third-party manufacturer. Phone Hub is being pushed to Chrome OS Beta and Dev channels but is still in the selective A/B testing phase, hidden behind the usual Chrome flags.