To many, it didn’t make sense for Google to have different but related and practically competing operating systems. Some of those wished the two would merge, for the benefit of all but mostly for the Chrome OS users. Nearly two years ago, Google stirred things up when it officially supported running a handful of Android apps on Chrome OS, followed by silence. Things heated up again in the Alphabet reorganization but Google quickly shot down rumors of a Chrome-Android merger. Now, however, there might be evidence that Google is further bridging the gap, providing the full Play Store experience on Chrome OS.

Technically, the two OS are very different, except for a shared Linux base and some Google technologies like Chrome. Both, however, could benefit from the other’s features. Android, for one, could learn a thing or two about window management and treating web apps as first class citizens. Chrome OS, on the other hand, needs the wealth of popular apps available on Android.

Google partly conceded to the latter in September when it launched ARC, the App Runtime for Chrome that allowed a few Android apps, selected by Google, to run on Chrome. That list started with Evernote, Vine, Sight Words, and Duo Lingo, eventually expanding to a few more, but never embracing the hundreds available on Android. Of course, there were a few attempts to give users that ability, but those were inconvenient at best, buggy at worst. In short, it was technically possible but needed Google’s help in opening it up to the whole universe of Android apps. And it seems it finally will. 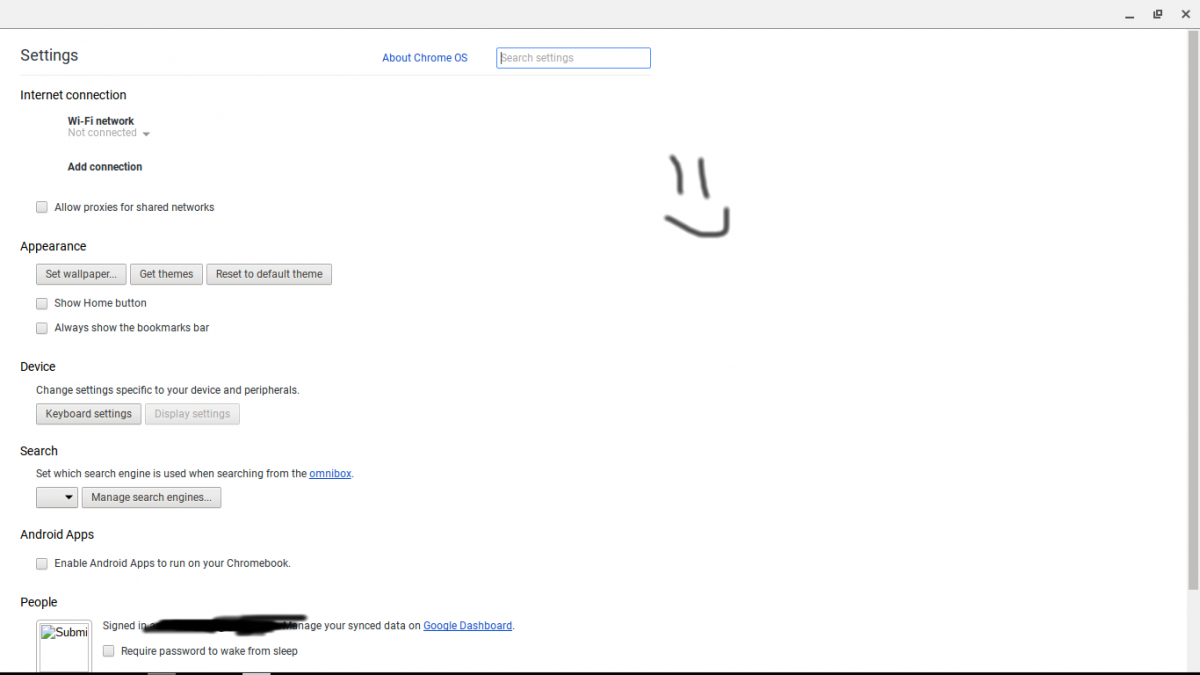 A user accidentally stumbled on a Chrome OS setting that would have enabled Android apps to run on the Chromebook. The setting quickly disappeared but not before a screenshot was taken. Naturally, dozens volunteered for the treasure hunt and indeed discovered placeholder text for the feature. If enabled, it would ask the user’s permission to setup Google Play Store on the Chromebook to access millions of apps and games. Sadly, there is no “Hell Yeah!” button.

The feature is largely inactive for now but we could be given the full Monty this coming Google I/O. Even if it is prayer answered for some, it’s still curious to see how Google will manage this strategy. Given how more Chromebooks, and even Chromeboxes and Chromebases, are coming out, Google will hardly kill off Chrome OS anytime soon. On the other hand, Android is set to receive more multi-window features in Android N, which could put it on par with Chrome OS. The two are ironically getting closer together, yet still not the same. Sounds familiar?