Although Google is perhaps best known for Android as far as operating systems go, it does have a number of platforms under its name. Chrome OS is perhaps one of the most sophisticated because of the number of other operating systems it can support, including Linux and Android. In some aspects, however, Chrome OS feels like it’s still catching up to what some of its peers already have. With the latest version 96, Google Chrome OS is getting quite a few of those, including an almost unique ability to control an external camera.

Chromebooks aren’t exactly known for their cameras, and most of those simply had enough muscle to make decent webcams for video chats. Most don’t even have a “world-facing” camera for taking pictures. As Chromebooks start to diversify, many devices, particularly those with convertible designs, do have such a camera, and Chrome OS has started taking advantage of that development.

Announced a few versions ago, Chrome OS gained the ability to scan documents using either front or back cameras. Like many document scanners, it automatically detects edges and makes it easy to share the documents via Gmail or Android phones using Nearby Share.

Chrome OS 96 also adds a new feature for those who use external cameras. A new virtual D-Pad is available that can give users control over the Pan, Tilt, and Zoom functions of the camera to frame the perfect shot. Those preferences are saved so that you can immediately jump in on a video call using those settings. 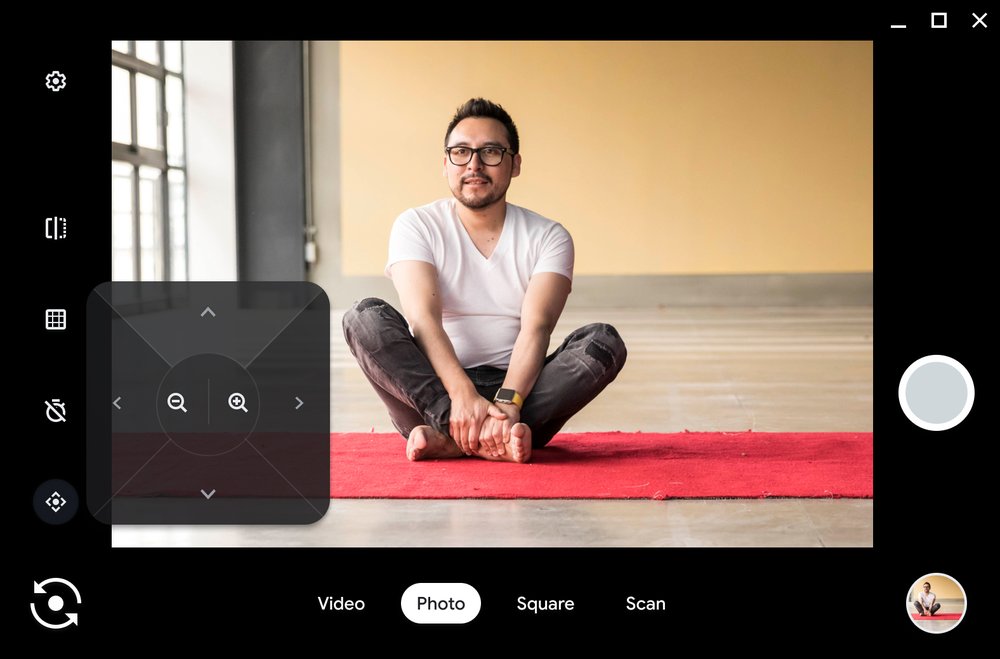 9to5Google also says that the latest Chrome OS version improves the platform’s support for sharing with nearby Android devices. Previously limited to select apps, including Progressive Web Apps or PWAs, the Nearby Share functionality can now be accessed from any Android app’s share sheet. Considering a single company makes both Android and Chrome OS, it’s a functionality that’s a long time coming.

Google also teases that more camera-centric features will be coming soon. At the top of the list is the ability to create animated GIFs with the Chrome OS Camera app, allowing users to record five seconds of video to turn into a fun clip you can easily share with others. This is coming early next year, but advanced Chrome OS users can try their luck by joining Google’s beta program to test the feature ahead of others.