It’s becoming more and more a gesture-based technological world, be it on large screens but especially on smartphones. As phablets become the norm, the ability to use our phones with one hand becomes increasingly more difficult, even for simple things like going back and forward through browser history. Fortunately, along with ditching the button-based Android navigation panel, Google has thought of giving Chrome on Android some more gesture-based actions, but you have to find them first before you can enable them.

This might not be news to those who have been monitoring Chrome’s development. Swiping to move back and forth through time is something iOS users have enjoyed for years and, for a short time, Chrome on Android did as well. It strangely went away but was seen on its way back last year. Apparently, it has arrived but Google doesn’t seem to be keen on telling everyone just yet.

The feature can be enabled via hidden flags. Though one thing to take note is that changing this setting requires that you restart Chrome. So be sure to finish anything you might have left pending on any tab. 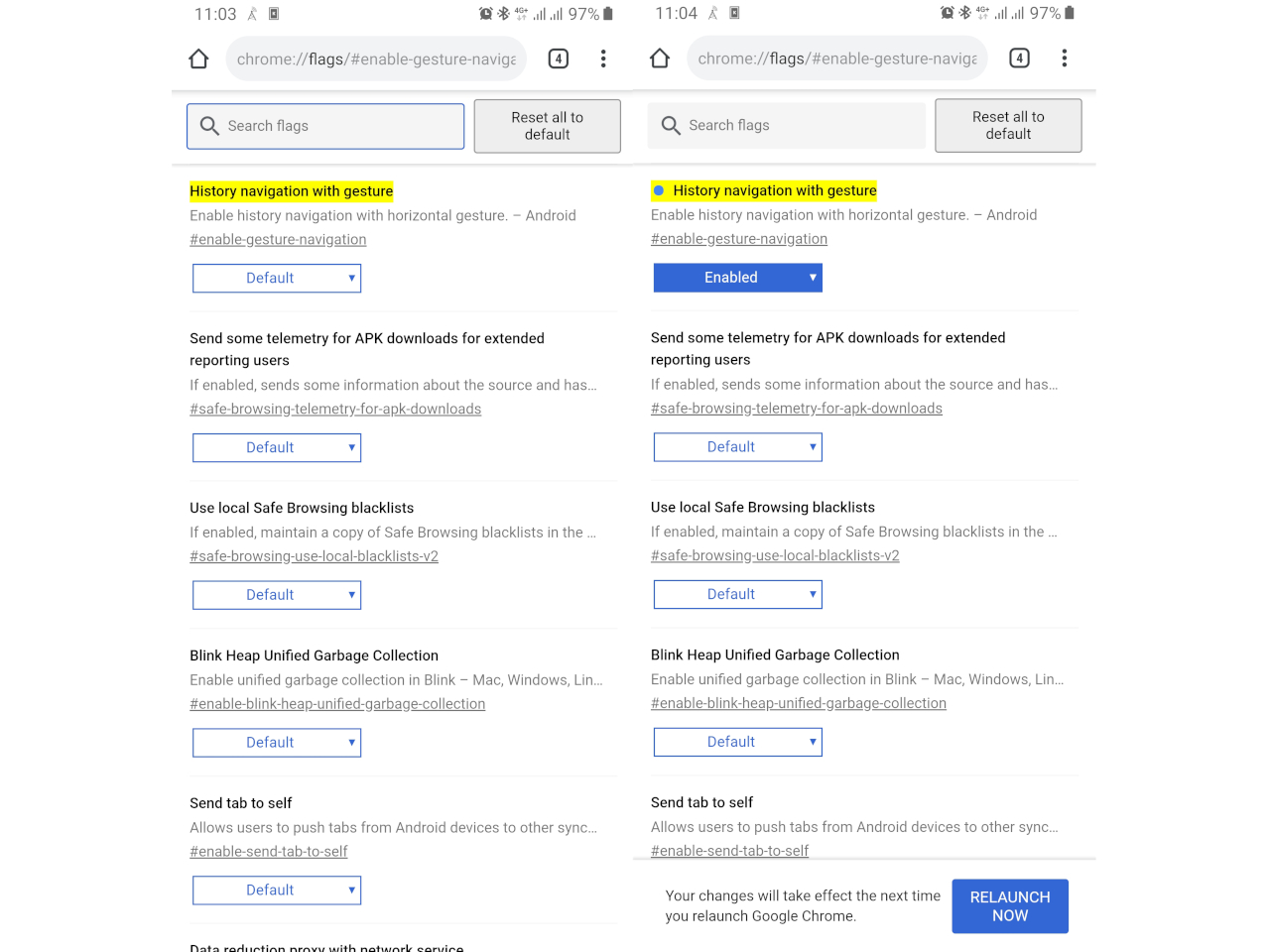 On Chrome Canary and Dev versions, you have to enter this URL in the address bar:

The feature is available on Beta and Stable versions, too, but the name is different:

Once enabled, making a long swipe from left to right takes you back in browsing history. A long swipe from right to left, on the other hand, moves you forward. A small indicator slides from the side to indicate the action that will be taken before it actually happens, giving you the chance to stop the action before it kicks in. It also doesn’t matter where on the screen you perform the gesture as long as the swipe is long enough to be considered an “overscroll”. 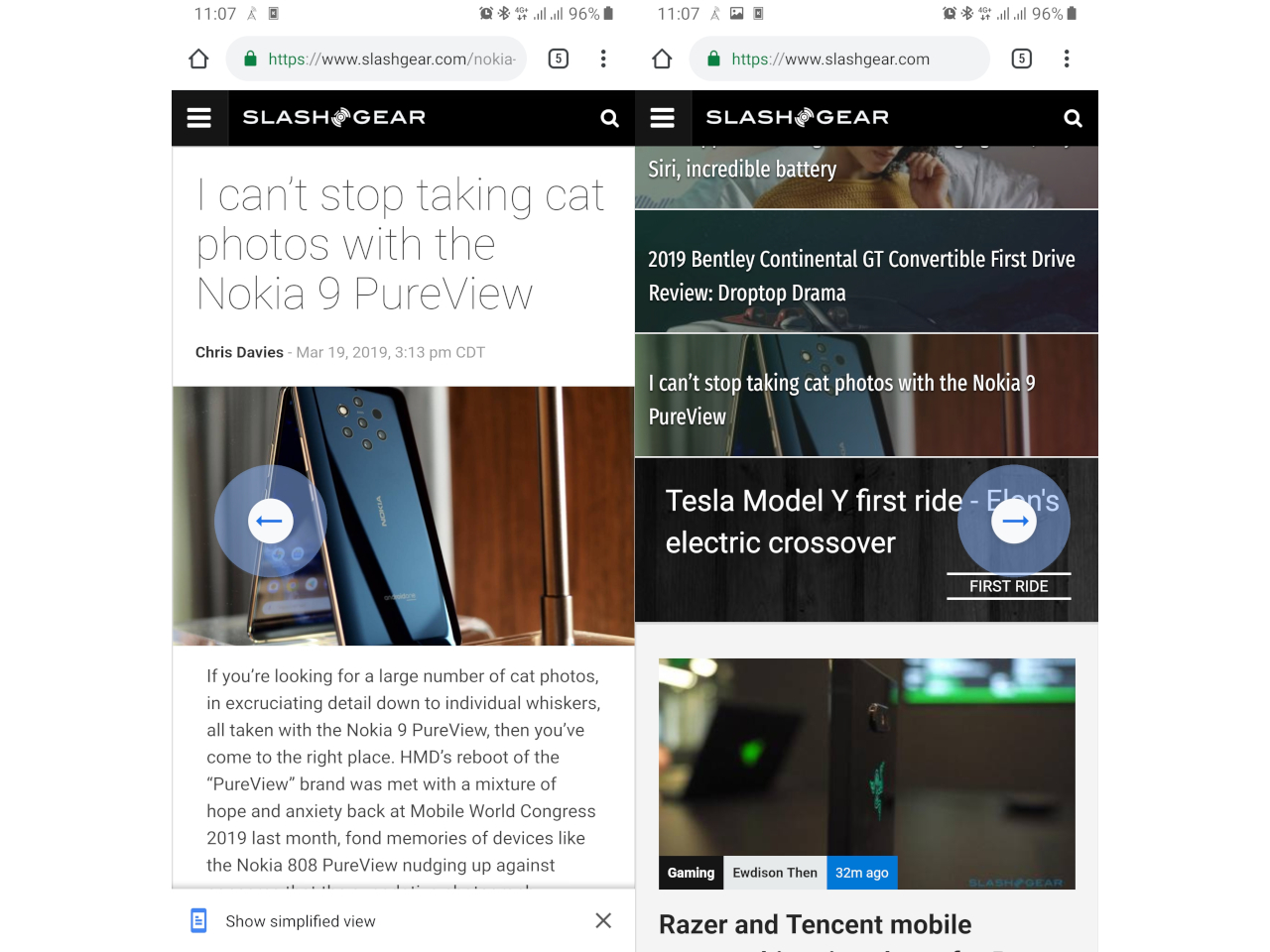 Along with swiping down to reload the page and swiping sideways on the address bar to switch tabs, Chrome now covers most of the basic navigation actions with gestures you can perform with one hand. Now if only Google could finally bring the Address Bar to the bottom as well, there would be no reason to strain your thumbs to type in websites or switch tabs.