Chrome on Android is about to get a little bit faster

Whether it’s by user choice or strategic bundling, it’s hard to deny that Chrome has the lion’s share of the web browser market on Android. It is hardly the best in some aspects, like battery efficiency or even speed. It’s not like Google developers aren’t doing anything to change that situation but there are some fixes to this problem that seems almost too simple to have not been done in the first place. One of those is having a 64-bit version of Chrome, something that could have been done half a decade ago.

To be fair, Apple didn’t immediately cut its ties with 32-bit iOS applications until 2017 but it did have applications that took advantage of 64-bit ARM processors and their capabilities. Android has supported 64-bit devices since 2014 but, ironically, Google hasn’t even created 64-bit builds for something as important as Chrome.

The switch to 64-bit CPUs and operating systems that support that architecture is mostly associated with the ability to fully utilize more than 4GB of RAM, something that’s already common with even mid-range Android smartphones. There are also other benefits, like more hardware features that software can tap, either directly or via the OS. Long story short, having a 64-bit build of an app for 64-bit computers and smartphones is a good thing.

Android Police also reports one other good thing about a 64-bit Chrome for Android. While the exact effects on performance can’t be attributed to the switch alone, it’s clear that there will be a noticeable jump in performance, at least based on synthetic benchmarks. With upcoming tweaks to the Javascript timer, future Chrome versions on Android could be faster and more energy-efficient than ever before. 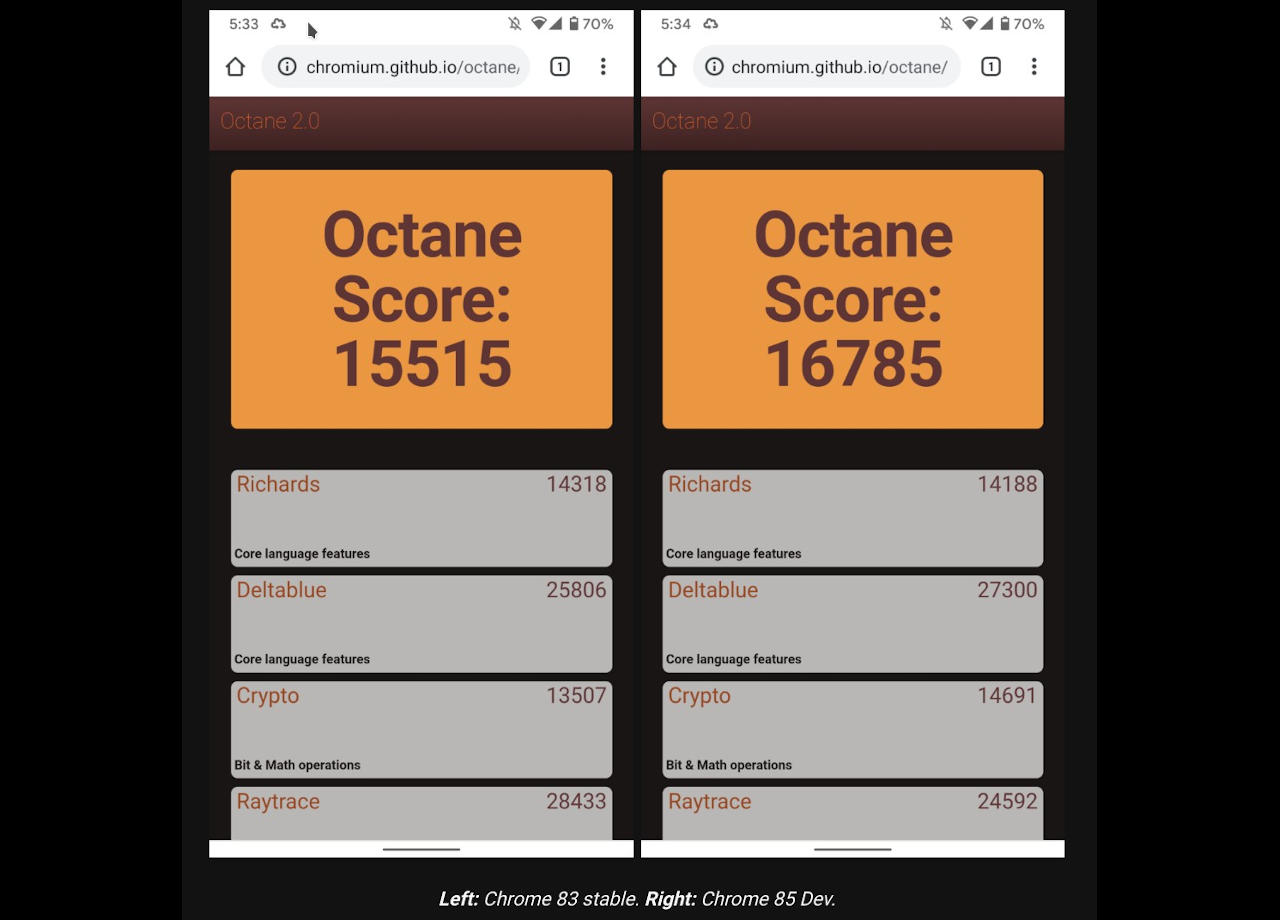 There is, however, one hitch to this 64-bit Chrome dream. This new build will apparently start only with Chrome 85 and will only be served on 64-bit Android devices running Android 10. Considering how small that population currently is, nearly one year after it launched, the benefits won’t be experienced by the majority of Android users anyway.