While most people will probably know URLs as those string of characters that represent a web page’s address, few actually know how they work or even pay attention to them in the first place. It might be a source of confusion or apprehension for some but, according to Google, the biggest harm actually comes from spoofing websites.

It links to a study to study that showed how 60% of users were spoofed into thinking they were on the correct website when a misleading name of a popular brand appears in that URL. That’s not hard to imagine considering how history is full of websites with URLs designed specifically to fool people into entering their passwords in the wrong place. Web browsers have applied many solutions to this problem, including the current practice of highlighting the most significant part of the URL and graying out others but Google thinks that’s not enough.

Google’s extreme solution to hide the full URL, only showing the domain part of the address. By removing cruft, Google thinks users will be able to more easily tell a fake site from the real one. That said, Google admits this isn’t set in stone yet and is only part of an experiment applied to a select random group of Chrome users. More importantly, there is also a way for users to turn the behavior on or off as they wish. 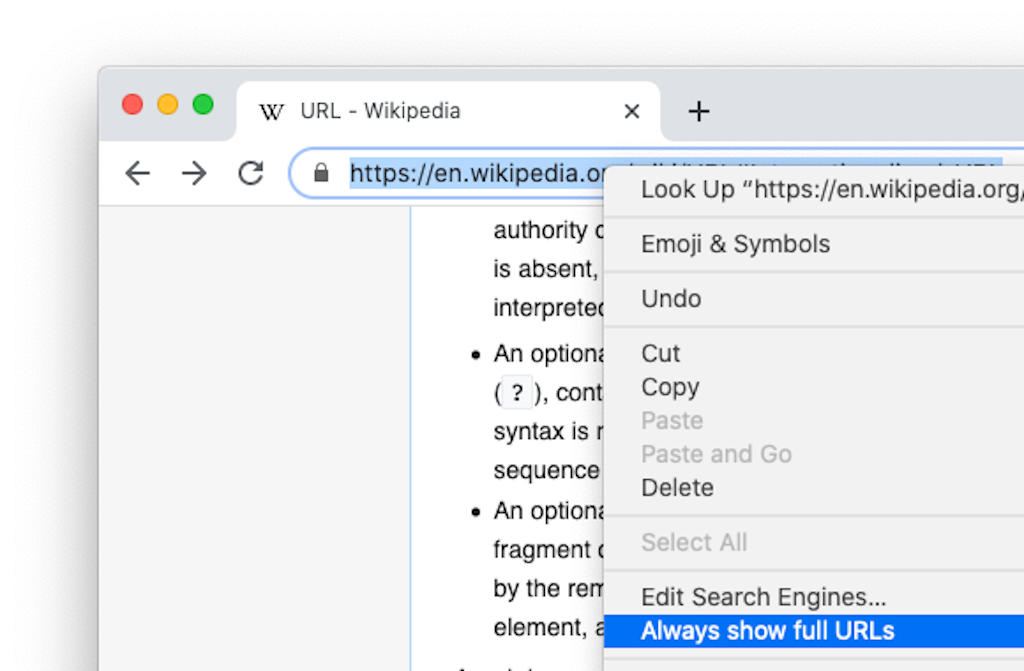 Opposition to this full URL hiding comes from concerns that Google may use this behavior to mask sites that are coming from accelerated mobile pages or AMP rather than directly from the website itself. At this point, however, it could go either way but hopefully, Google will keep the option to turn URL hiding off if it does end up implementing it anyway.