Chrome extensions are promised to become more secure next year

Although they started out as strengths of modern web browsers, extensions have quickly become liabilities. Mirroring a lingering problem with Android apps in the Google Play Store, the Chrome Web Store has become notorious for all sorts of shady extensions, from scams to actively harmful utilities promising the moon and beyond. To its credit, Google has been working to improve the state of Chrome Extensions and next year will focus on protecting users’ privacy and security though at the usual expense of some convenience.

Starting next year, however, Google is reversing that policy. Users will instead have to be more explicit about which sites they will allow extensions to have access to their data. Although they can still opt to grant blanket permission to an extension, the default is a solid “no”.

Google will also be requiring all Chrome extensions to be upfront about their privacy practices, though it requires users to actually read those policies. It promises that the language used for these will be simple and easy to understand and will most likely be a checklist that developers can enable or disable as needed. That, of course, presumes the developers are being truthful but Google says it will be limiting what extensions can do with collected data just in case. 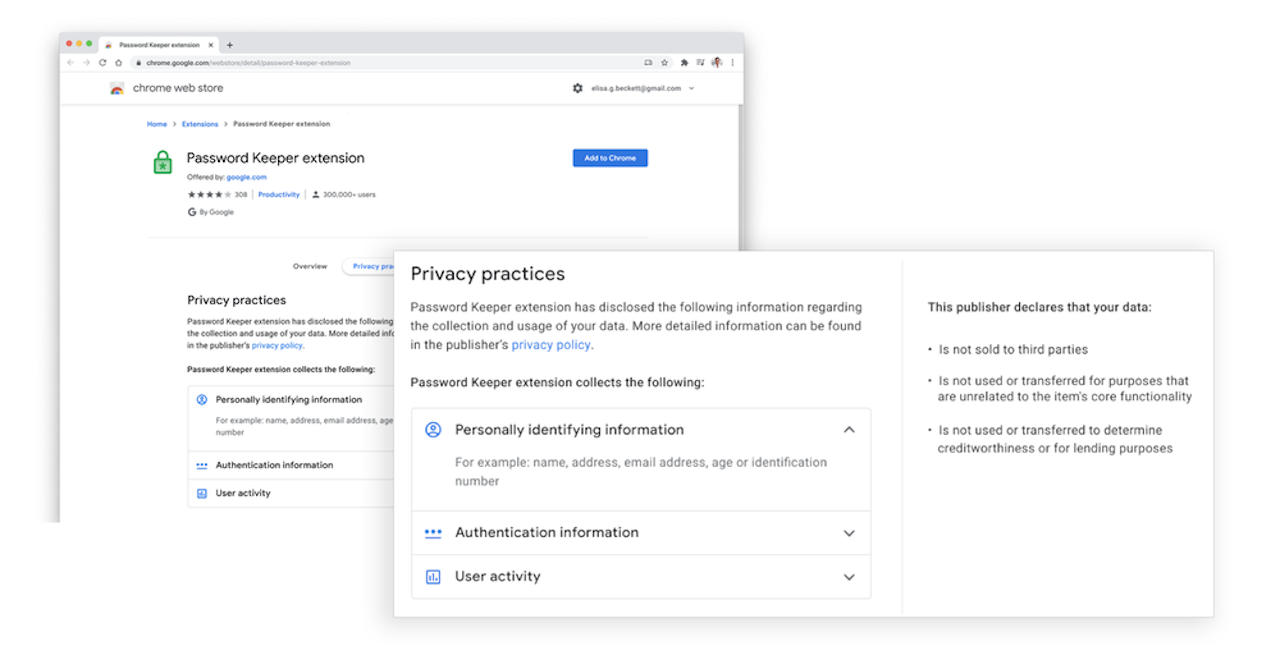 The browser wars around extensions have more or less ended but these mini-programs still bring features that browsers themselves can’t or don’t want to. Given the critical importance of the Internet and browsers these days, they also remain a potentially lucrative venture for hackers and scammers. Google is indeed working to make the Chrome Web Store safer but it might be quite a while before potentially harmful extensions can be fully weeded out.