If the release of the second Jurassic World trailer during the Super Bowl proved anything, it’s that actor Chris Pratt is Hollywood’s current go-to leading man. But he’s also one heck of a cool guy, and his Super Bowl bet with Captain America actor Chris Evans show why. Pratt and Evans together visited the Christopher’s Haven children’s hospital last week, except Pratt went in full Star-Lord costume, the character he played in superhero movie Guardians of the Galaxy.

The two actors made plans to visit the nonprofit organization, but it was the Super Bowl that determined who was going costumed. Evans is a Patriots fan, while Pratt was rooting for the Seahawks. As Pratt’s team lost, it was up to Evans to decide the costume to be worn. 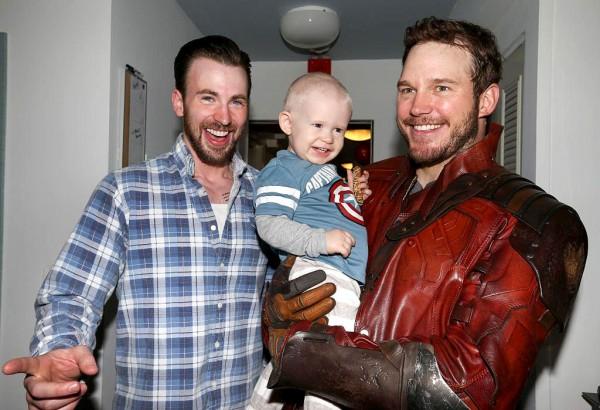 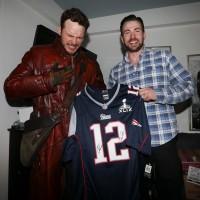 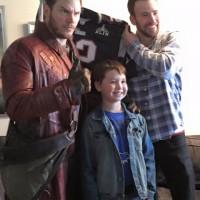 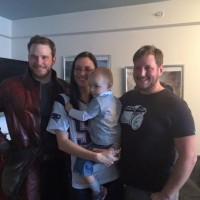 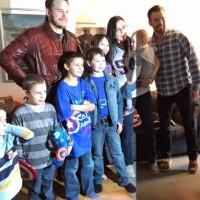 Pratt posed with children fighting cancer, as well as their families, and shared some of the photos on his Facebook page. Evans was there too, and even brought along a Tom Brady Patriots jersey to rub in the Seahawk’s defeat last Sunday.

The bet was part of a charity drive that benefitted Christopher’s Haven, located in Boston, and the Seattle Children’s Hospital. The two actors’ participation helped to raise nearly $27,000 in donations from the public.

Topics Guardians of the GalaxyMoviessuper bowl
Must Read Bits & Bytes