Chris Pratt brings LEGO minifigure version of his Jurassic Park character Owen with on a world PR tour for the film. In true “I have to travel by myself so I’m bringing toys” fashion, actor Chris Pratt has brought his LEGO self with him as he hits a worldwide publicity tour for the film Jurassic World. Here you’ll see Pratt hit several major cities around the world with his LEGO minifigure riding a velociraptor, just slightly unlike the actual film. Hilarity ensues, good times are had.

The first image you’re going to see here (above) is a classic. It’s like a reverse #RaptorSquad meme, using the Owen minifigure looking outward instead of in. It’s like the raptors trust him now. All is at peace. This photo was taken at Happo-en, Japanese garden in… well… Japan.

The next image was captured at Tokyo Tower not too far off from the Japan premiere of Jurassic World. 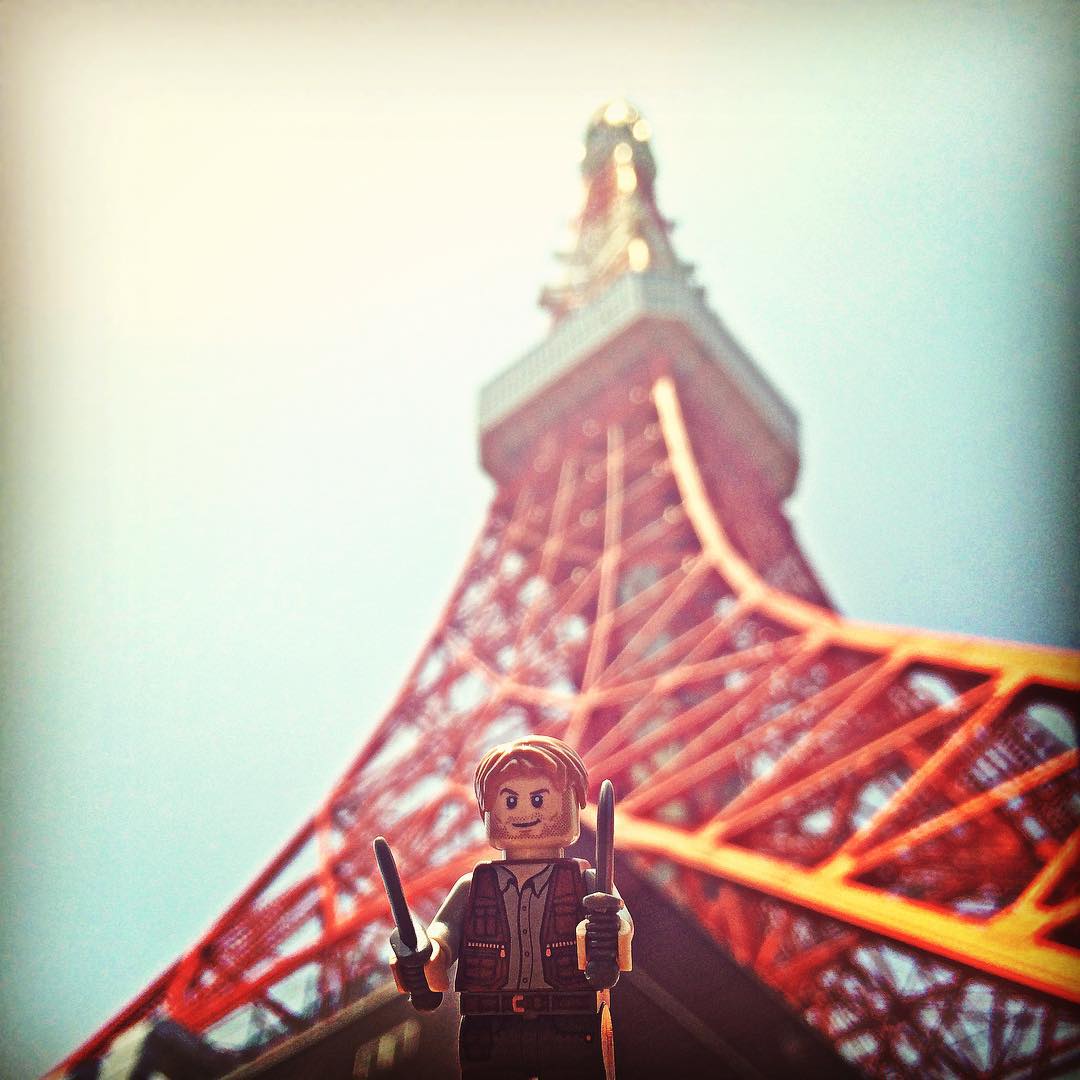 Next is Lego Owen “on his motorcycle at Zojoji Temple with Tokyo Tower in the background.” Interestingly here Pratt adds the hashtags #NotGonnaLie and #ImNotThere as well as #ButIWishIWas, so we’ve begun to suspect that he didn’t actually take every one of these photos. 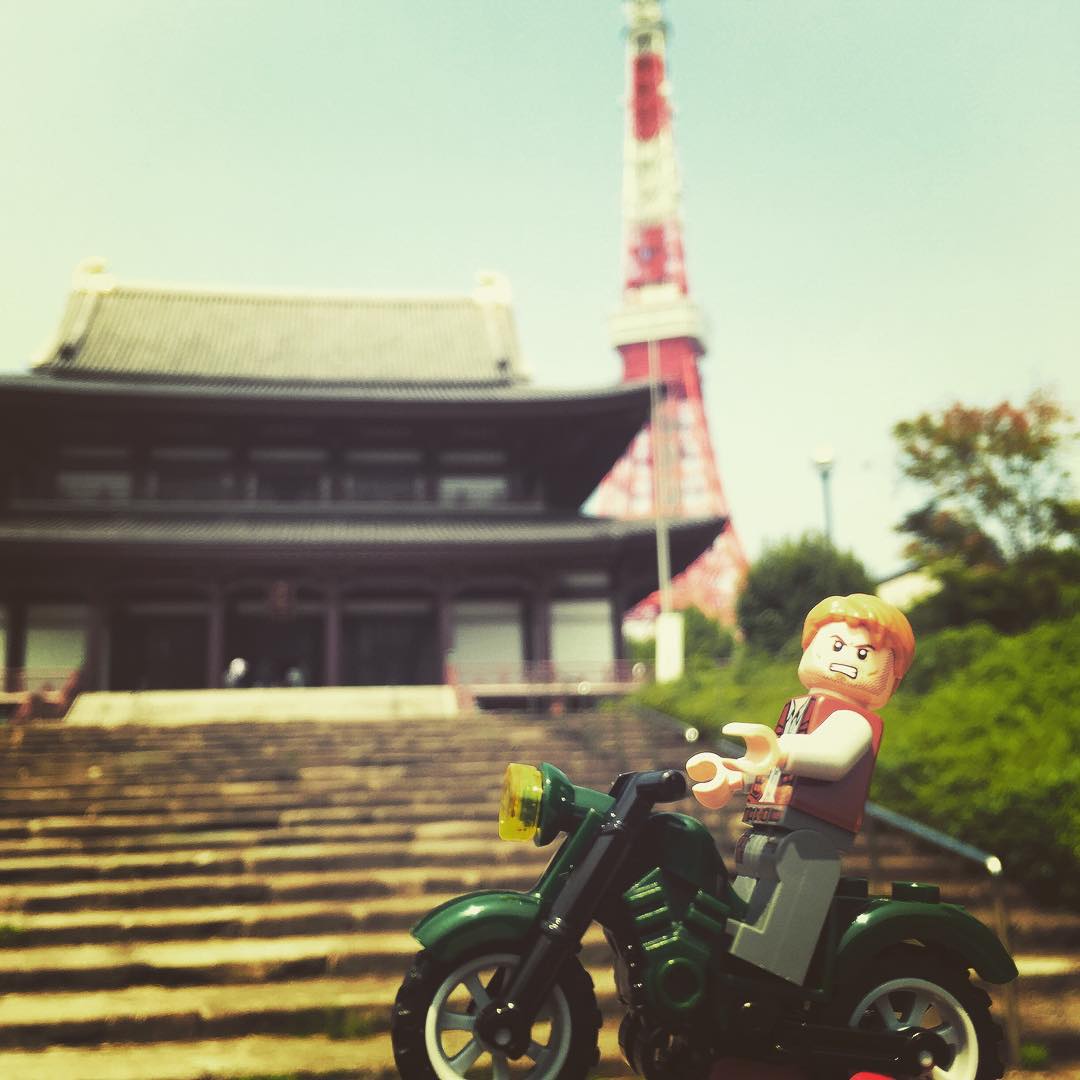 This LEGO Owen is posing in Germany. This image is captured in front of the Brandenberg Gate in Berlin. 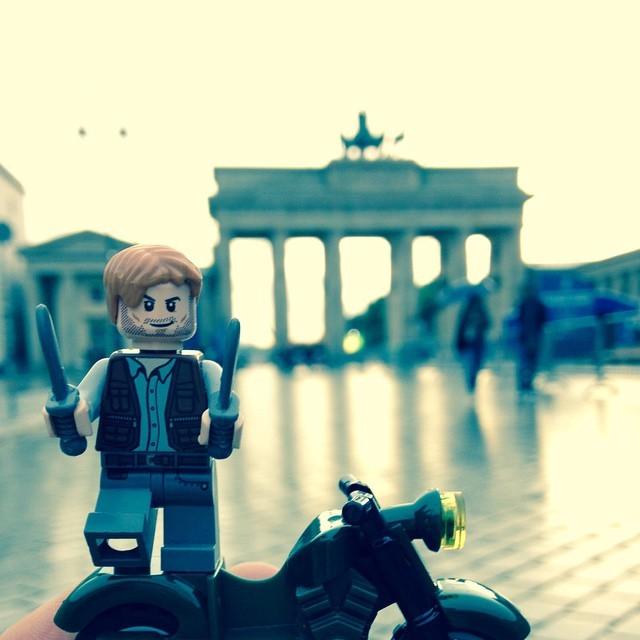 According to Pratt, for this next one: “This is in Paris. We were so lucky to have a break from promoting the movie to hit all the sights. Of course I had to take pictures with “Owen,” my Jurassic World character’s Lego Mini-fig and his raptors. Haha! So I really didn’t take a break at all!!! Thought it was appropriate to add John Williams theme.”

The image you see here with the graffiti and whatnot has Pratt at Republique Square in Paris. Watch out for other motorcycles!

This last (and hopefully not last forever) photo has Pratt suggesting that he’s captured an “official still shot from first day of production on the Jurassic World sequel: Jurassic World 2: Jurassic UK.” He also adds: #JW2UK for good measure. 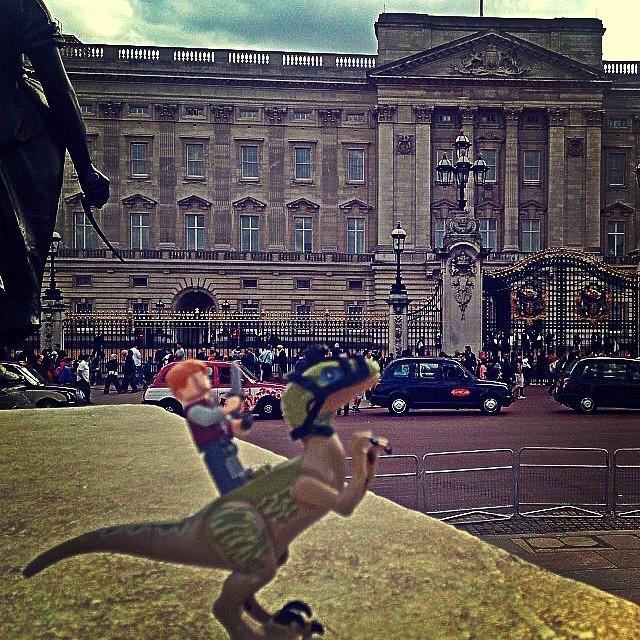 Have a peek at the rest of our Jurassic World tag portal below and stay tuned for more Pratt as Guardians of the Galaxy 2 is released in the year 2017! Pratt is also coming to the big screen again in 2016 with the film Passengers – sci-fi madness.