China has been operating the FAST or Five-hundred-meter Aperture Spherical Radio Telescope for about a year now in its trial operations. FAST is the world’s largest single-dish radio telescope. During its trial operation, the telescope has been used to discover multiple pulsars according to the National Astronomical Observatories of China.

This marks the first time that a radio telescope independently developed by scientists from China has discovered new pulsars. Information on two of the discovered pulsars has been provided by the Chinese scientists and they are called J1859-01 and J1931-01. The former is 16,000 light years away from the Earth and the latter is 4,100 light years from Earth.

The pulsars have a rotation of 1.83 seconds and 0.59 seconds respectively. Chief scientist at the telescope Li Di says that the pulsars were originally discovered on August 22 and August 25 when the FAST telescope was performing something called drift-scanning of the southern galactic plane. The discovery was verified by another radio telescope called the Parkes radio telescope in Australia in September. 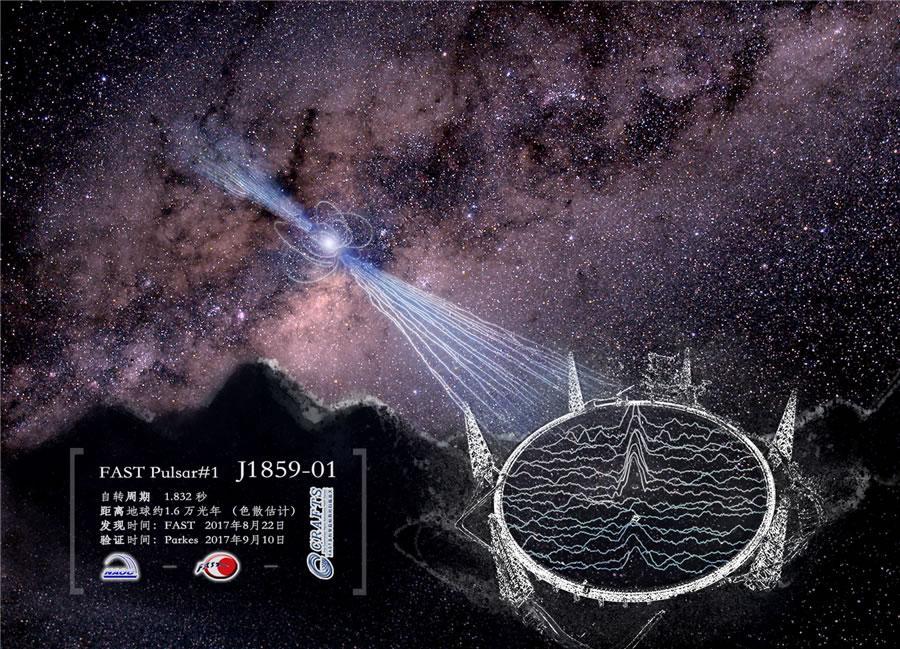 The scientists have noted that they have detected dozens more pulsar candidates in space and six of those other discoveries have been confirmed by other international organizations. The FAST telescope has another 3-5 years of trial operation after being completed in 2016.

The telescope is massive with a receiving area equivalent of about 30 football fields. FAST is able to investigate hydrogen on the Milky Way and in other galaxies. The very first pulsar discovered was back in 1967 by British astronomers Jocelyn Bell Burnell and Antony Hewish and since that first discovery, 2,700 pulsars have been found. The telescope could be used to search for pulsars outside the Milky Way as early as next year.