China announced its ambitious Mars mission back in January of this year, then came forward, and detailed its Mars plans even further in April. China has now stepped back into the space exploration limelight and unveiled the design for its Mars mission probe and rover that it wants to have ready to launch by mid-2020. For now the probe and rover have no names, China is holding a contest to name both components for the mission.

China wants its rover to roll around the surface of Mars looking for ice and water along with other features of the Red Planet. The images you see here are computer generated and were released by the Chinese State Administration of Science, Technology, and Industry for National defense (SASTIND). 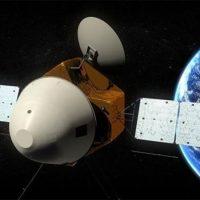 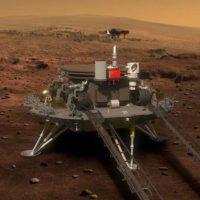 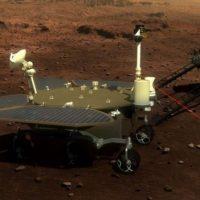 The rover is a six-wheeled device designed to explore the surface of the planet. The probe and lander that will help get the rover onto the surface of the planet are also seen in the renderings. China wants the rover to look for ice, water, or other features and send data on these discoveries back to Earth for further study. China attempted a Mars mission in 2011 and had its probe on a Russian spacecraft, but that probe failed.

China’s space program has been successful in landing a rover on the moon in the past becoming the third country to do so. China has been spending considerable money on its space program and space exploration in general. It has the world’s largest radio telescope and a new rocket that it hopes will help power future mission into space, and to Mars. If China is successful in getting its probe to Mars, it will be the fifth country to do so with the US, Russia, Europe, and India already placing probes around the planet.