The Zhurong rover returned its first photos from Mars this week, marking another first for China. China is now the second nation on our planet Earth to land a craft on Mars and keep said probe operational for a period long enough to snap some photos. The China National Space Administration (CNSA) released video of the release of the craft from China’s orbiter before landing as well as photos from the landed craft this week.

On May 15, 2021, China’s Tianwen-1 mission completed a soft landing on Mars for deployment of the “Zhu Rong” rover (祝融号 rover). This mission placed its craft in the southern Utopia Plain of Mars – this is where the landed craft now sends photos. After a near-fire brake on May 17th, the orbiter above Mars entered a relay communication orbit, acting as digital launch point for data sent from the rover below. 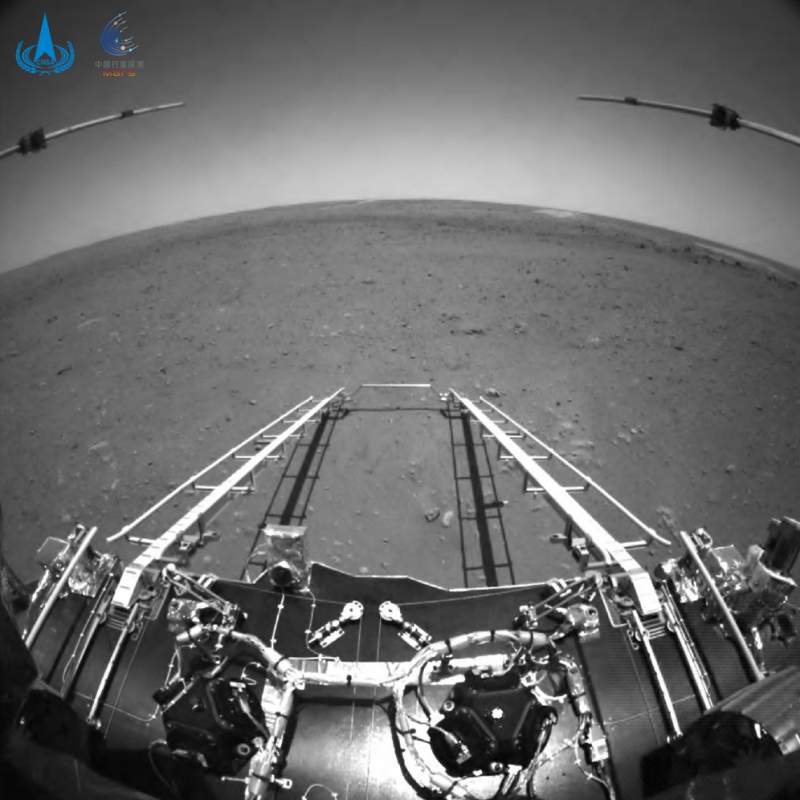 The CNSA reported today that the first imagery captured by the rover includes two photos – one grayscale, the other in full color. The grayscale image was captured by the rover’s front obstacle avoidance camera. It’s important to note here that the arc of the horizon line is formed thanks to distortion from the wide-angle lens used with the camera – the distance isn’t actually quite so curved from this perspective.

This image also shows two extension rods in the upper right and left of the photo. These rods are subsurface radar “deployed in place.” The center of the image shows the ramp mechanism that’ll allow the rover to move away from the landing platform. The CNSA suggests that the direction forward from here should be clear enough (absent any unforeseen giant rocks) so that the rover can move forward fairly easily off the landing platform and off into the wild. 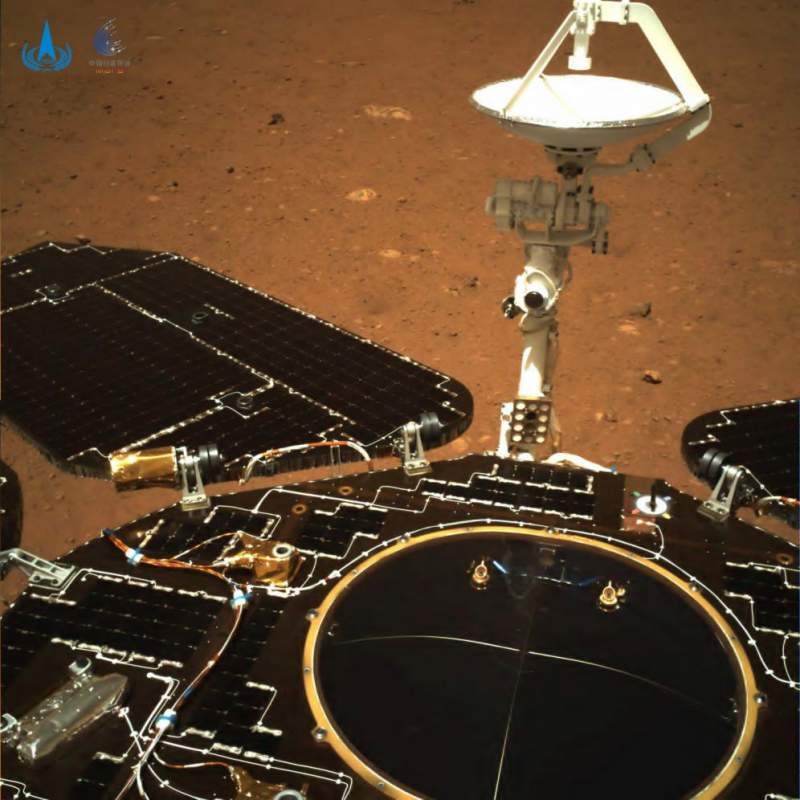 The color photo here shows the navigation camera with the lens “pointing to the rear of the rover.” You’ll see the rover’s main communications dish pointed upward, and the craft’s solar wings extended for optimal capture of solar energy from the nearby sun.

As of May 19, 2021, CNSA reports that the Mars rover is “preparing to leave the landing platform, and will select an opportunity to drive onto the surface of Mars and begin patrolling and exploration.” Cross your fingers for lots of photos, video, and capture of interesting data!