China launches Chang’e-3 to put a rover on the moon by Dec. 14

China has successfully launched the Chang’e-3 probe slated to put a lander and rover on the moon. The pair are equipped with seven scientific instruments for observing outer space and gathering data about the lunar surface. The launch took place today at 5:30PM UTC using a Long March 3B rocket at the LC2 Launch Complex at the Xichang Satellite Launch Center in southwestern China.

The Long March 3B is China’s most powerful space launch rocket, named for the 1998 announcement of the nation’s “Long March to the Moon”. Chang’e-3 is part of China’s official 2004-initiated Project Chang’e, which was named after a goddess who flew to the moon. Before today, Project Chang’e has concluded two successful lunar orbital launches: one in 2010, the other in 2007. Today marks the first time it has embarked on a mission to land a rover on the surface. 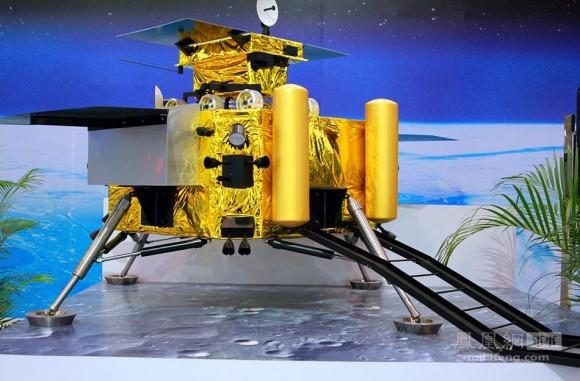 The rover — named “Yutu” or “Jade Rabbit” — is solar-powered. Yutu will travel on six independently-powered wheels using a suspension system similar to NASA’s MER rovers and Curiosity, according to NASA Spaceflight. It will explore a 3-square-kilometer area around the lander in the Sinus Iridum (“Bay of Rainbows”) crater.

The mission will put an ultraviolet telescope on the moon to observe galaxies and other space objects. The rover will deliver images and video to Earth in real time. It will dig into the soil and take samples. It also carries a radar unit, alpha particle X-ray spectrometer and infrared spectrometer to examine the lunar soil below the surface to a depth of 30 meters.

Landing is expected to occur Dec. 14.