Chinese state media has reported that officials in China are set to deploy a new ‘deadbeat debtors’ app that will enable the public to view which people nearby aren’t paying their debts. The new app is part of a program conceived by the Hebei province in North China, where the Higher People’s Court intends the app to act as a whistleblower platform for turning in financially wasteful debtors.

The new whistle-blowing platform, which will be launched with the app WeChat, was revealed by state-run Chinese publication China Daily, which describes it as a ‘mini-program’ — likely in reference to its limited introduction in only the Hebei province. The program was developed and approved by the region’s higher court. 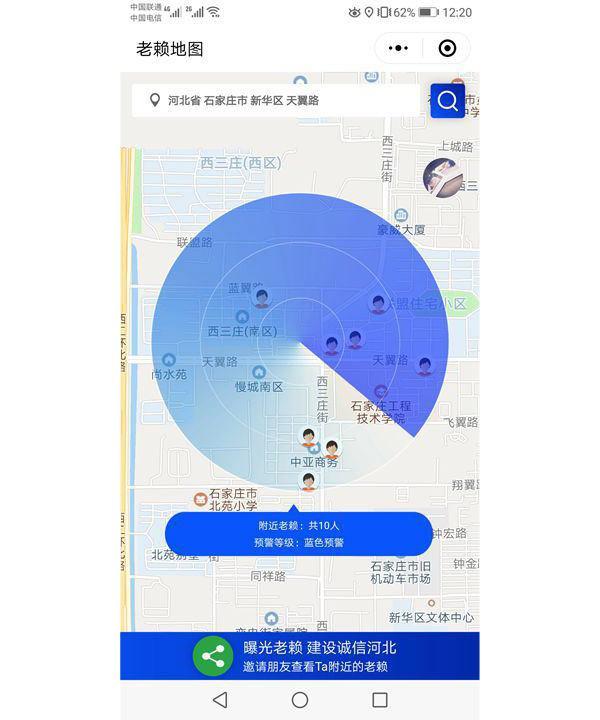 According to Chinese media, the app will show users a map with pins marketing ‘deadbeat debtors’ who are located within around 1,640ft of the user. Tapping on any given person reveals their personal information. The program’s purpose is both simple and frightening: users are encouraged to note whether any particular ‘deadbeat’ is potentially capable of paying their debts.

A report to the authorities can be made if the user believes the debtor is capable of paying their debt, though it’s unclear whether the reports can be made through the app itself. The Hebei court says the new enforcement measure is meant to “create a socially credible environment” and help make sure people who have faced financial judgement don’t skip out on their obligations.

This is the latest among a number of concerning programs in China. State media recently revealed the use of cameras to monitor public housing, for example, the goal behind that program being the identification of illegal subletting. The country has also widely deployed the use of facial recognition technology and is even tracking students using uniforms with built-in tracking chips.