Researchers have discovered the remains of a child at an ancient Roman site that shows signs of a “vampire burial.” As with previously discovered sites, these unusual burials include features that indicate the living feared the dead may come back to life and took preventative steps to keep that from happening.

The grave was discovered by University of Arizona and Stanford University archaeologists working with a team from Italy. According to the experts, the remains of a 10-year-old child were unearthed with an unusual element: a rock that had been wedged in the mouth. 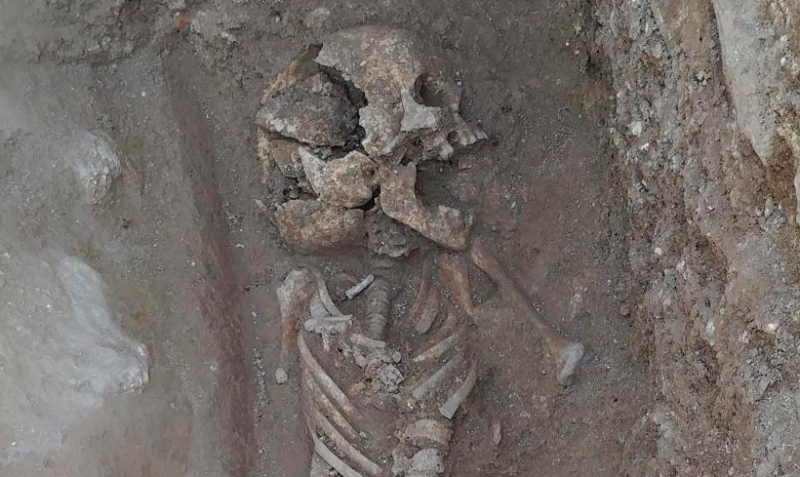 It’s thought that someone placed the rock in the mouth during the funeral process, this being done as a deliberate way to keep the dead from returning to afflict the living. Researchers speculate the child may have died from malaria and that the living may have feared their return, spreading the infection to others.

The speculation is due to the grave’s location — in the Cemetery of the Babies, a fifth century plot that was enacted during a malaria outbreak. Many babies and children died from this illness and were buried in the plot. Until now, though, researchers have only found babies and toddlers in the graves, the oldest discovered having been 3-years-old at the time of death.

The discovery of a 10-year-old changes that, adding the unusual element of a rock placed in the mouth. It’s not the first grave in the plot to be discovered with anti-resurrection features, though. The aforementioned grave of a 3-year-old included rocks said to be weighing down the hands and feet, and this is believed to have been a measure to keep the deceased from returning.