It’s been around three decades since the Chernobyl nuclear disaster occurred and the meltdown caused massive evacuations. While effects on the human body and mind are still being contemplated, new studies suggest that the ecosystem around the failed facility may be more affected than believed, with the decaying plant matter left behind not decomposing optimally and indicating significant impact on the natural cycle.

Organisms like microbes, fungi and certain insects that are responsible for decomposition of organic matter have been contaminated by the radiation and are not doing their natural job effectively, a new report by a team from the University of South Carolina, Columbia, concludes. In the chain of evolution, microbes play an important role in the ecosystem and are responsible for recycling and effectively decomposing the dead matter. If they fail then breaking down and reinstating the organic matter into the soil will be hampered.

It doesn’t take to be a rocket scientist to realize that we will face repercussions if we mess with Mother Nature and this recent study is a good example of it. The researchers of the study say that if the ecosystem is imbalanced then it’s only a matter of time that its compounding effect will spread across the ecosystem. 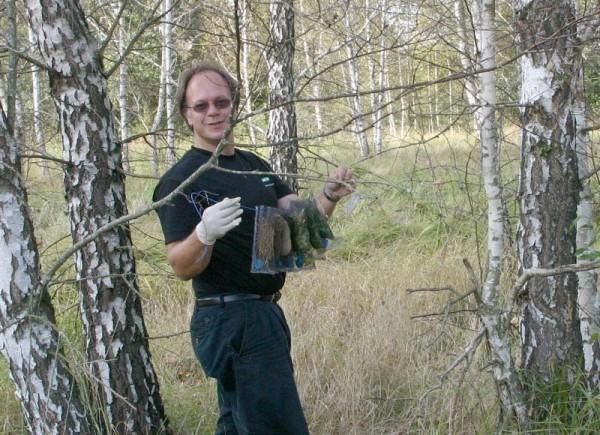 The scientists conducted their research on bags of fallen leaves from locations across Chernobyl that received more radiation, and found that these leaves had retained more than half their original weight even after a year. In areas with no radiation, 70- to 90-percent of leaf matter had been decomposed, versus just 40-percent in radiation-affected locations.

The reason why this is a cause of concern is that the not-so-dead leaves increase the risk of forest fires and can expand the spread of radiation beyond the exclusion zone.

There is no evident solution to this problem right now and the first thing we know is that if the leaves don’t decompose and the nutrition not returned to the soil, then the whole Eco-cycle is out for a toss. Hopefully the collaboration with the Japanese counterparts can help come up with a solution.