As revealed last month, Fallout 76 is getting a new expansion centered on the Brotherhood of Steel. The famous faction of soldiers outfitted in power armor will be arriving in Appalachia in an update called Steel Dawn, which is dropping on December 1st. Today, we got to see some of the Brotherhood of Steel in action thanks to a new trailer.

Specifically, the trailer introduces us to Paladin Rahmani, Knight Shin, and Scribe Valdez. There isn’t a whole lot of action in the trailer, but we do get to hear about why the Brotherhood is heading to Appalachia – they want to “restore society and preserve any technology” that will help them achieve that goal.

When the expansion was first revealed, we were told that we’ll be helping the Brotherhood secure that tech, but that the decision on how it’s used would ultimately rest with us. What that means is still a little unclear, but it certainly sounds like players won’t be forced to partner with the Brotherhood of Steel throughout the entire expansion. 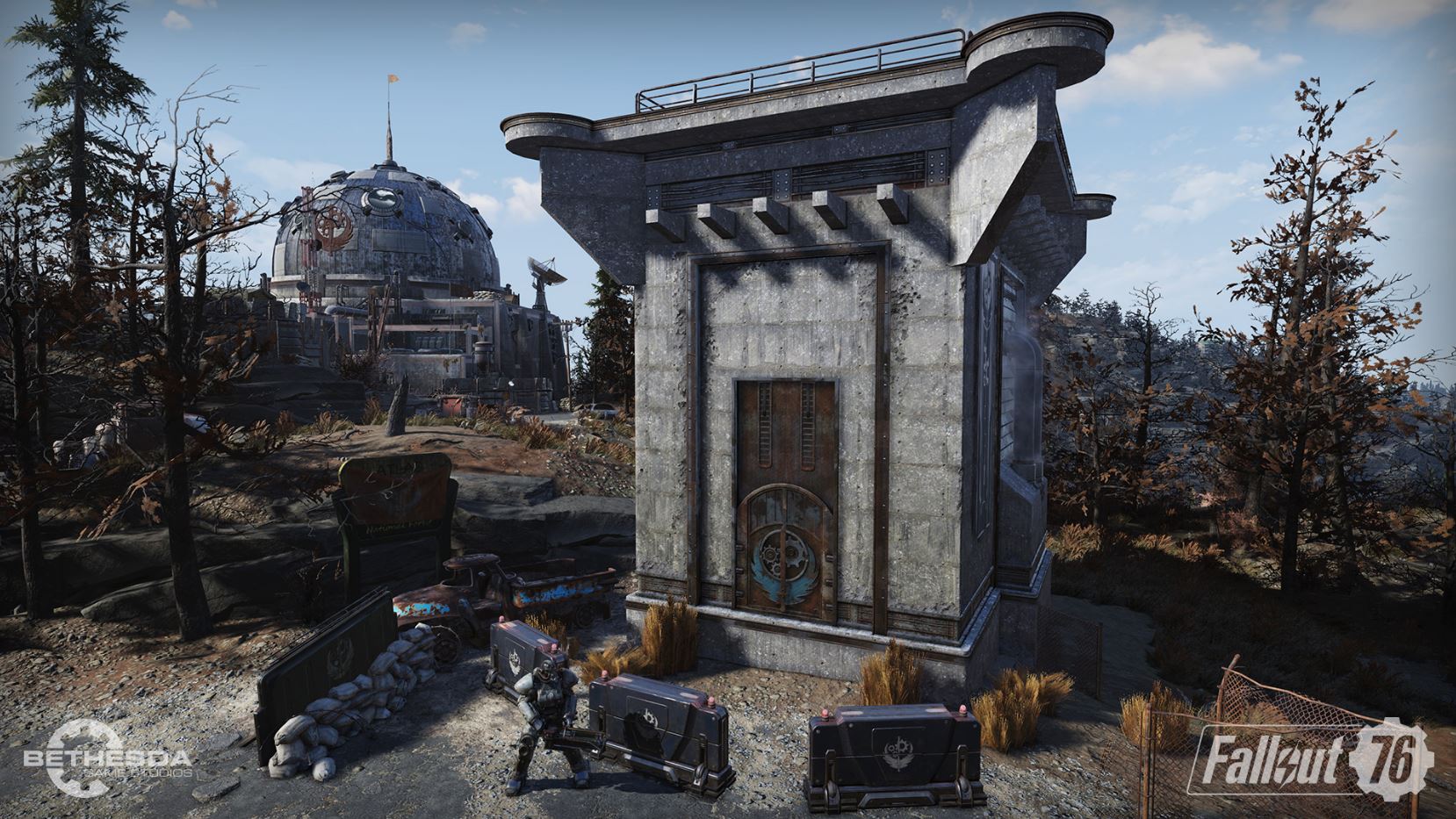 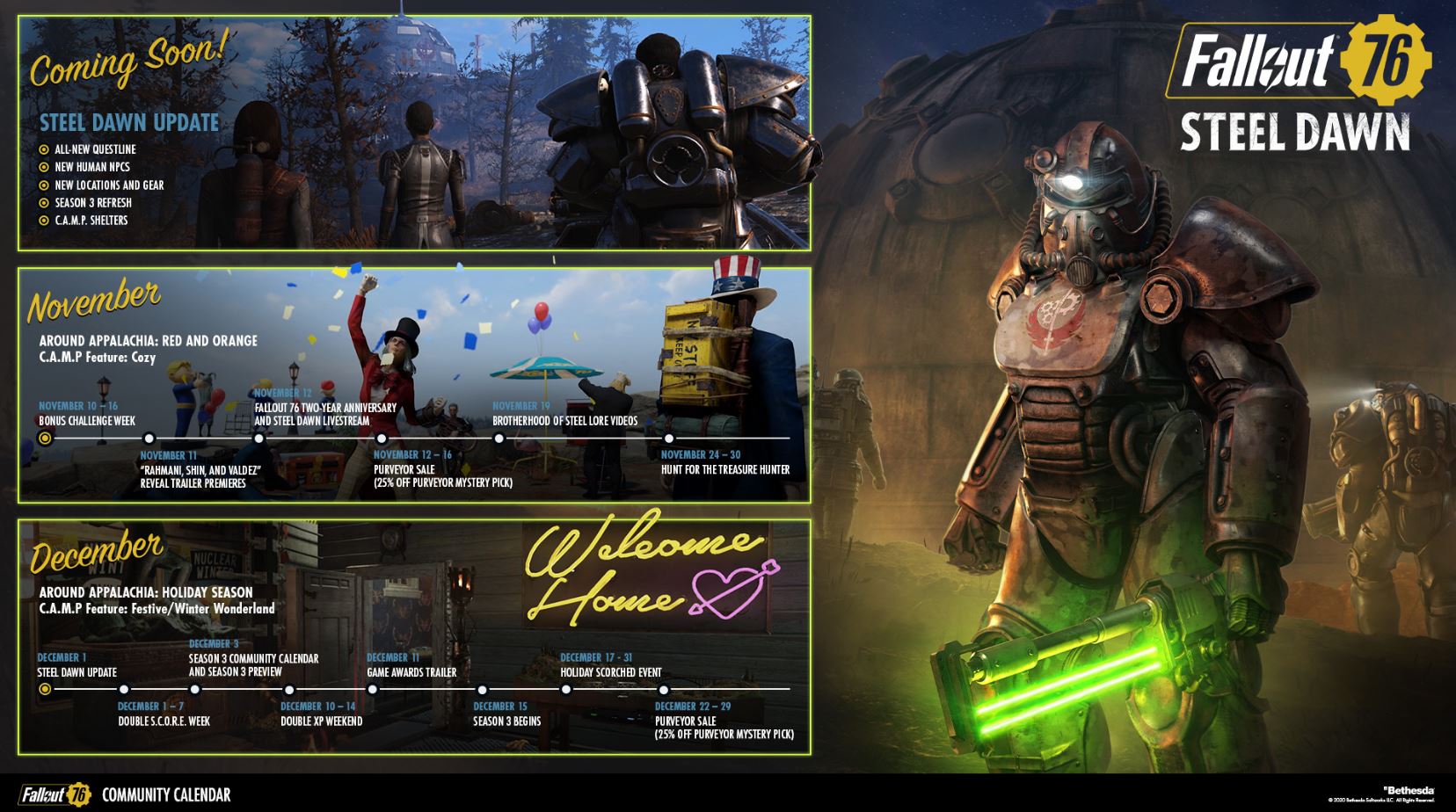 Bethesda also revealed a roadmap for the rest of the year, and aside from the launch of Steel Dawn on December 1st, there will also be bonus XP weekends, sales, and the beginning of season 3 before the end of 2020. You can check out the roadmap in the image above, but otherwise, look for more trailers and new about Fallout 76: Steel Dawn in the lead up to its release.