As you’ll see in the video below, this lamp can take commands from its user. It’ll be told to turn on, and it’ll do it. It’ll be told to move up, down, left, or right, and it’ll comply. Tell it to take a photo, a video, or a time-lapse capture, and it’ll go for it. Using Wi-fi, this device can also use its camera as a webcam, sending live video to the web.

While it doesn’t pretend to be as inconspicuous as some spy-cams, it’s not much of a stretch to imagine this device as that. The camera is aimed in the same direction as the LED light – perfect for web chat, if that’s what you’re on about. 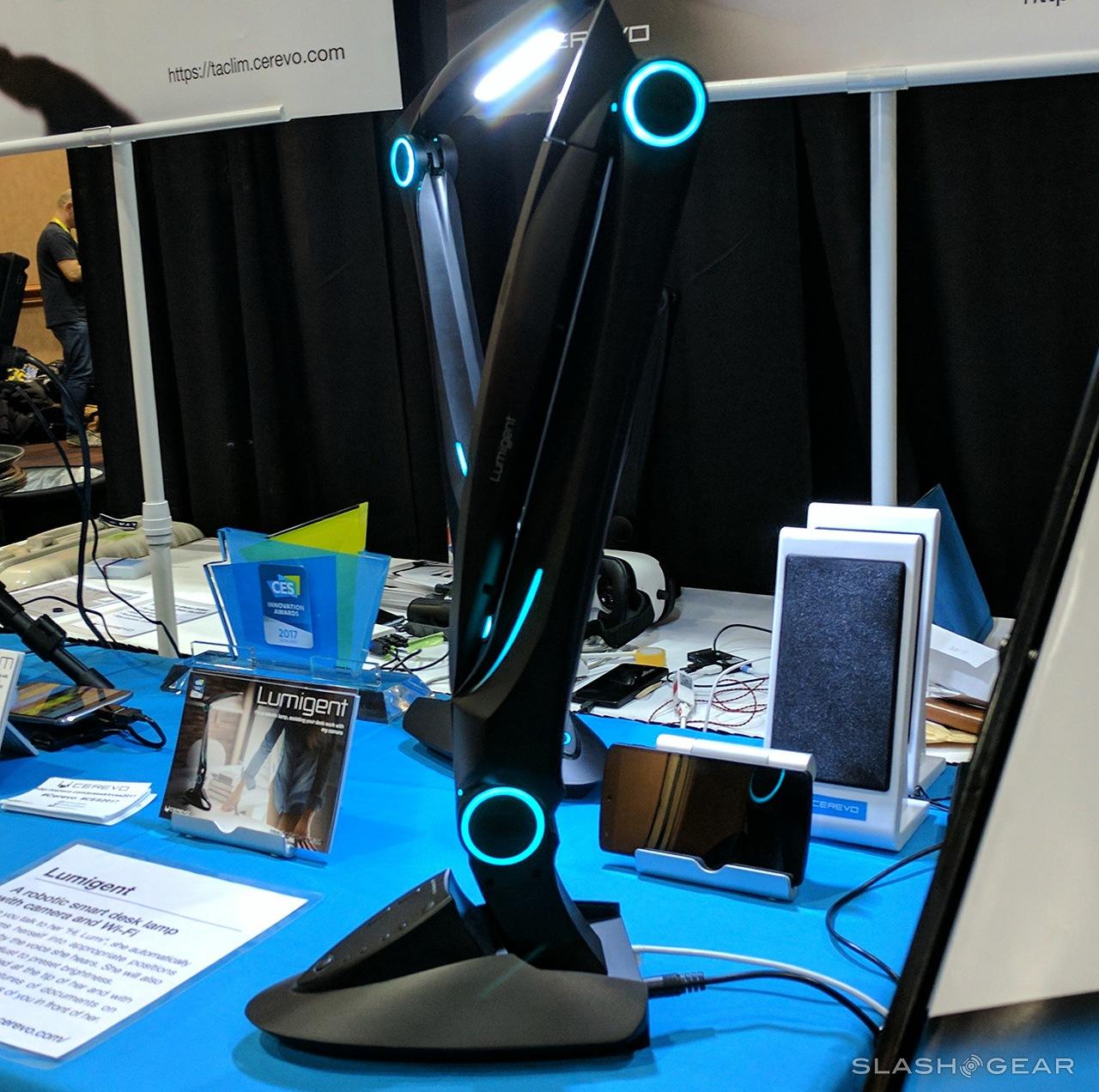 Along the back of the device you’ll find several ports – one for power, two standard-size USB ports for power, and a micro-USB port for what we must assume will be updating of firmware and data transfer. The device also has a microSD card slot so that photos captured with the lamp’s camera can be stored en masse.

This camera lamp smart device robot machine – whatever you want to call it – will be released by the end of the year 2017. At this time we do not know whether it’ll be released inside the USA, but we do know that it won’t be cheap. Converted from Yen, pricing sits at around $600 USD.