New clues were recently uncovered in a decades-old cold case surrounding a set of dinosaur prints in the ceiling of a cave. The prints belonged to what was previously believe to be a four-footed carnivore. This was an astounding discovery at the time – there was just one issue: No other evidence of this creature appeared in several decades after the discovery of these prints in the 1950s. New clues revealed the reason why no other evidence of the existence of these creatures ever appeared…

The in cave in Mount Morgan in central Queensland, Australia is currently closed to all visitors. That includes researchers – and all other human beings that might think it neat to take a visit. That’s largely the reason why this case went cold. Since former government geologist Ross Staines and his associates published research on the cave in the 1950s, the area had been blocked off due to safety concerns by local officials. 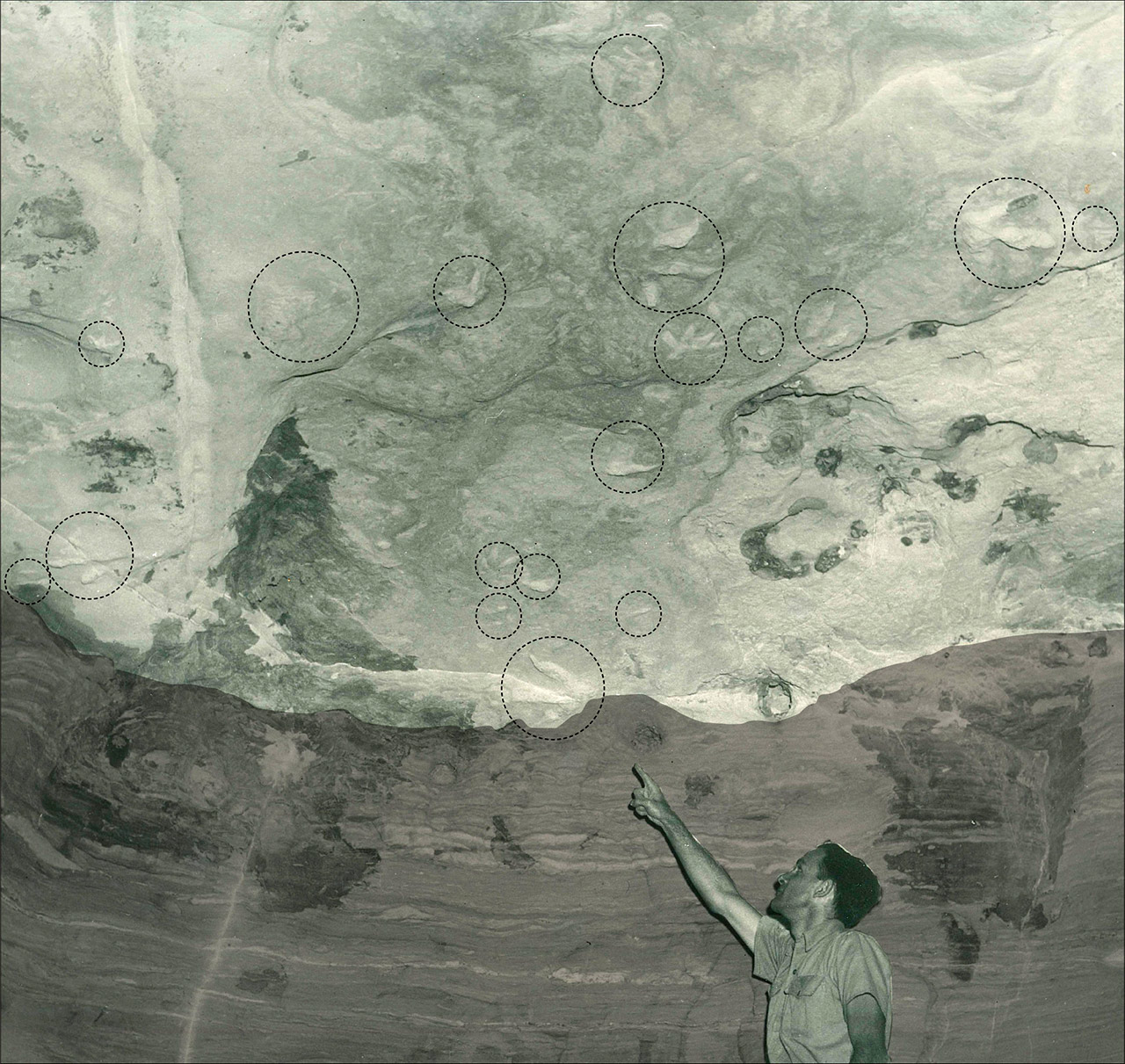 Per the Brisbane Times, recent interest was summoned by University of Queensland palaeontologist Dr Anthony Romilio. He’d been trying to gain access to these caves for over a decade, when a chance encounter with one Dr. Roslyn Dick proved exceedingly helpful to Dr. Romilio and his research.

Dr. Roslyn Dick is the daughter of Ross Staines. Mrs. Dick knew that she and her sisters had kept all of their father’s research and materials from work he’d done in the caves (and elsewhere) decades earlier. Included was media (such as photos and casts) stored in much higher resolution than what was included Staines’ public documentation. 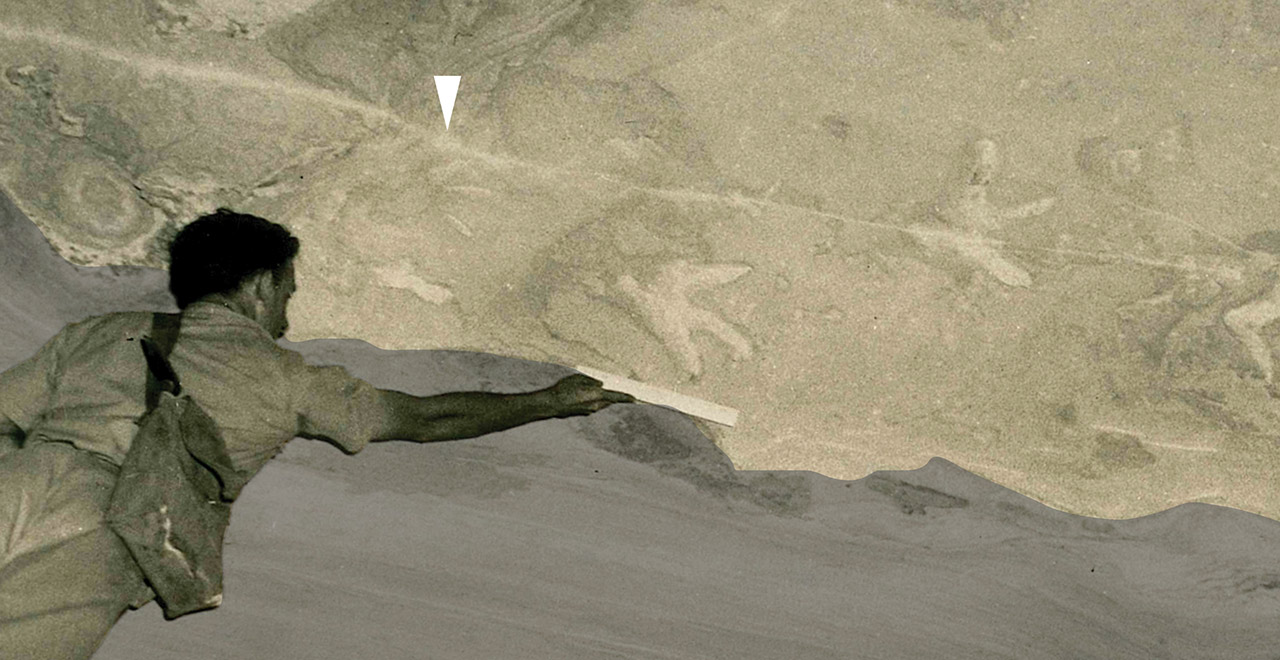 “Besides his published account, he had high-resolution photographs and detailed notebooks,” said Dr. Dick, “and my sisters and I had kept it all. We even have his dinosaur footprint plaster cast stored under my sister’s ‘Harry Potter’ cupboard in Sydney.”

The cast was one made of a mystery footprint from the ceiling of the cave in Queensland. Photos included in the materials were far more high quality than those included with the published account, and afforded Dr. Romilio a far better look at the ceiling in question.

“Even though the published photos were very grainy, the actual photos themselves were high-resolution,” said Dr. Romilio, “and I knew straight away that these weren’t handprints we were seeing but a second set of footprints.”

Upon closer inspection, Dr. Romilio was able to match the tracks with those found in the last several decades in the same geological area. It was discovered that the ceiling walker wasn’t a four-legged dinosaur at all, but one of a pair of two-legged dinosaurs.

Unfortunately, though they’ve now got a more extensive record of footprints of this dinosaur – pair of dinosaurs, that is – no skeletal evidence yet exists. It’s still largely a mystery!

This latest research can be found in Historical Biology under title “Archival data provides insights into the ambiguous track-maker gait from the Lower Jurassic (Sinemurian) Razorback beds, Queensland, Australia: evidence of theropod quadrupedalism?” This research paper can be found with code DOI: as authored by Anthony Romilio, Roslyn Dick, Heather Skinner, and Janice Millar.

It’s more like these prints are hanging from the ceiling than pressed up into the ceiling. When the prints were first made, the area surrounding the foot of the dinosaur hardened, set in hard stone. Underneath the prints, centuries of erosion (inside the cave) pulled away layers of softer material – until what was left was the hard layer (with the pressed-down prints) we see here. Neat!

UPDATE 2: See the print, print the print! Dr. Romilio scanned the plaster cast of the print shared by Dr. Dick (casted by Staines), and shared the scan on SketchFab for all to see, and download, and 3D print!