Cat has announced a new ultra-rugged smartphone, the S41. This model features a huge battery alongside a design that can withstand destructive environments and conditions. This follows the maker’s other rugged smartphones, perhaps being the most attractive version thus far released by Cat Phones. Among other things, this phone has a massive 44 days of standby time.

The Cat S41 offers a full Android experience, but is most notable for its ability to handle dust, hot and cold temperatures, drops and more. The S41 has a 5-inch Full HD display and packs a 5000mAh battery offering up to 38 hours of talk time on a charge. The phone is IP68 certified, which means it can handle being submerged in water down to depths of 2 meters for a duration up to 60 minutes. 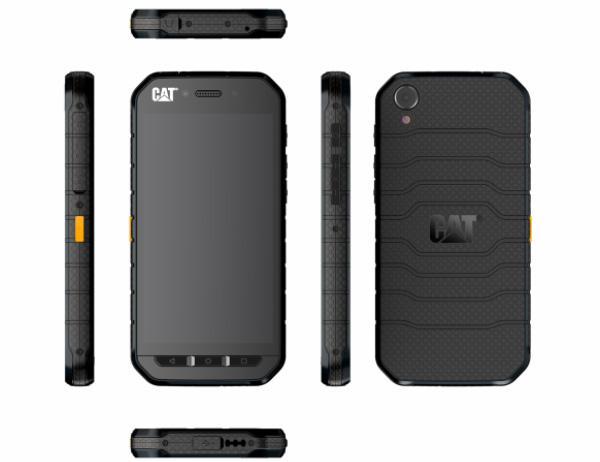 Cat Phones packed a huge battery into the S41 not just to power the phone, but to also turn this handset into a power bank for other phones or USB devices. With this, you can connect a different device to the S41 as if it were a portable battery and charge it using the phone’s own battery.

Cat also includes some extra features in this phone that you’re not likely to find elsewhere, such as an SOS lone worker app and push-to-talk for an immediate communication functionality. The display can be read in direct sunlight and can also be used when wearing gloves or when the glass is wet. Speaking of the display, it is protected by Corning Gorilla Glass 5.

The phone is powered by an MTK P20 MT6757 octa-core 2.3GHz processor alongside 3GB of RAM and 32GB of storage. There’s also a microSD card slot for expanding storage by up to 2TB. All the expected sensors are there, including proximity and e-compass, plus there’s NFC, dual-band WiFi, Bluetooth 4.1, and a built-in FM radio player. Finally, the Cat S41 has a 13-megapixel rear camera and an 8MP front camera.

The phone is available to pre-order now for $599.99 USD with a November 16 shipping date.