Castrol is a big and well-known name in the automotive oil and lubricant market. You might think the end of evolution is here for oil and filters as well as tech for changing the oil in your car, but you would be wrong. Castrol has unveiled what it’s describing as “the future of oil changes”, and that future is called the Nexcel. Nexcel is an oil cell that contains the engine oil and the filter.

Castrol says that the single unit cartridge system delivers superior performance and environmental benefits. Changing oil on cars equipped with the Nexcel is much faster and easier, as well as cleaner. After the oil cell is removed from the car, they are collected and recycled. 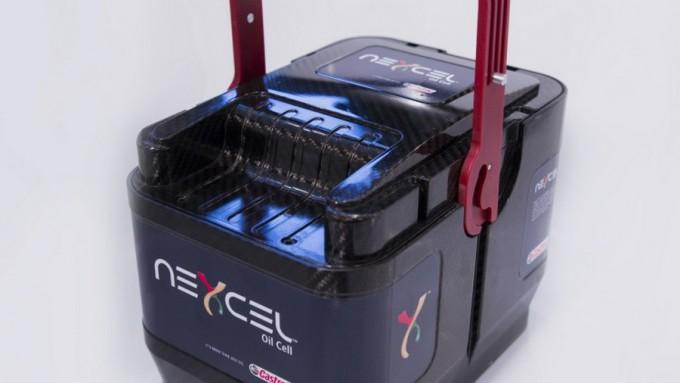 The remaining oil can be recycled into other types of lubricants. The Nexcel system has been tested on different types of engines from small low performance city cars to high revving racing engines. The first production car to use the system will be the Aston Martin Vulcan track car.

Castrol expects production road cars using the Excel system to be on the roads in the next five years. Testing found that the Nexcel system performed smoothly under braking up to 1.8G and the flow of oil was tested at up to 600L per minute.