There are two basic types of robots that scientists are working on that include legged robots and wheeled robots. The supporters of legged robots say that bots need two legs to go where humans go. Supporters of robots with wheels point out that their bots are much faster, which can be very important is some scenarios. Some are trying to combine the attributes of legged and wheeled robots to get the best of both worlds. Cassie Cal falls into that last group.

The UC Berkeley Hybrid Robotics Lab has been working on teaching a bipedal robot called Cassie Cal to zip around campus wearing a pair of hovershoes. The scientists say that hovershoes are like hoverboards cut in half. The result is a pair of motorized skates with a single wheel.

Controls are similar to those of hoverboards where the rider had to balance and lean forward, backward, left, or right to control their direction. With the addition of a new sensor package to Cassie, the team was able to get Cassie to fly around campus on the hovershoes completely autonomously. Cassis uses Intel RealSense tech for its vSLAM autonomous functionality.

The significant upside to hovershoes like these is that they allow the robot to handle stairs in one direction, the robot can’t use the hovershoes to get up the stairs. The team says that its feedback control and autonomous systems could allow for quick movement through urban environments to aid in all sorts of tasks include surveillance and food delivery. 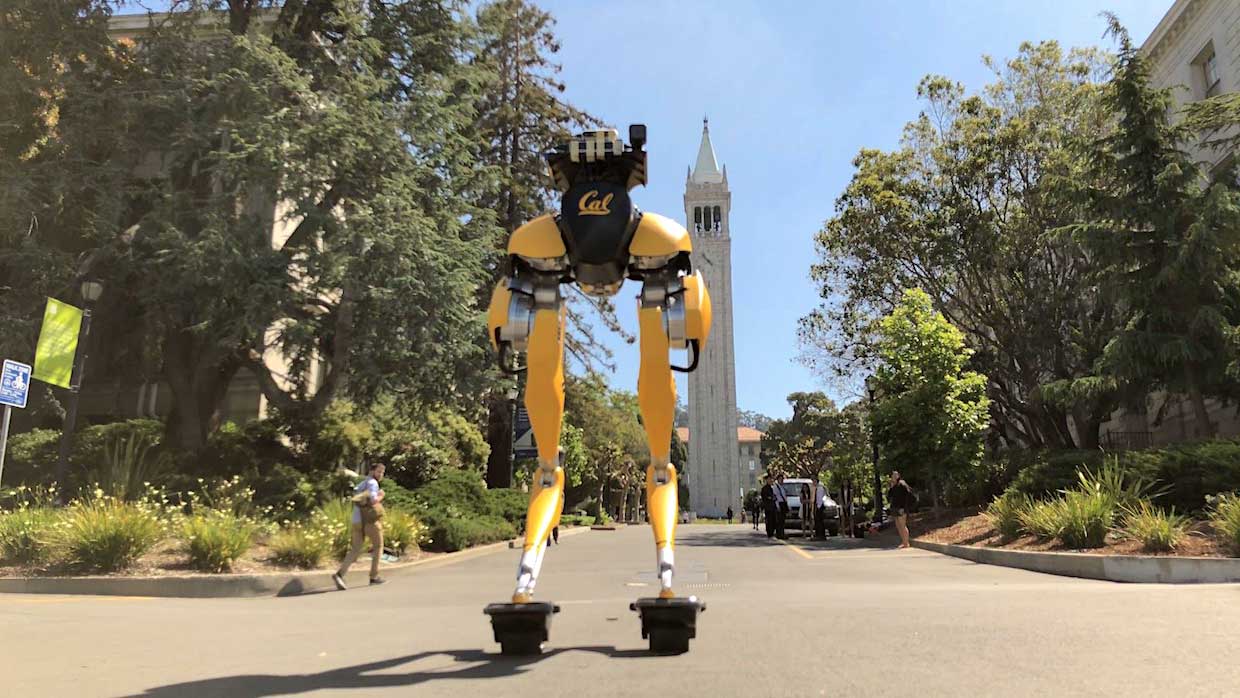 The team says that it took about eight months to develop the entire system that allows Cassie to function on Hovershoes. One thing Cassie can’t do on the hovershoes that a human can do is turn in place. This is due to the algorithm requiring some forward speed to turn. However, Cassie is much better at riding the hovershoes on uneven terrain than a human.