For over six decades, atmospheric carbon dioxide measurements have been taken at the NOAA Mauna Loa Observatory in Hawaii. NOAA has now announced that atmospheric carbon dioxide measured at the observatory peaked for 2021 in May at a monthly average of 419 parts per million. That number represents the highest level since accurate measurements began being recorded 63 years ago. 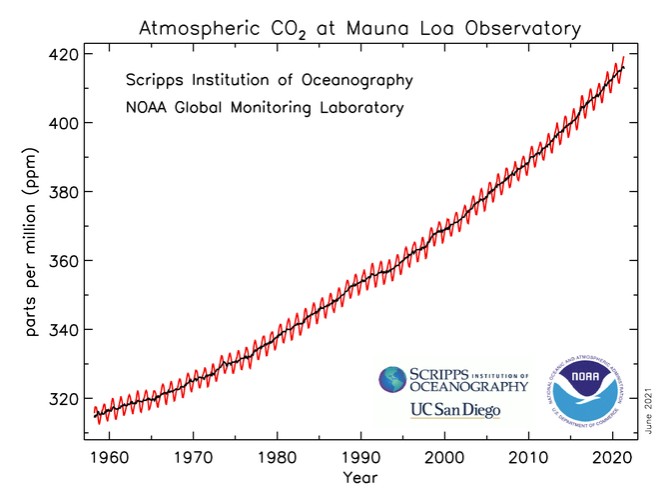 There are many ways carbon dioxide pollution is generated, including emissions from fossil fuels used for transportation and electricity generation, cement manufacturing, deforestation, agriculture, and other practices. The emissions trap heat from the planet’s surface that would otherwise escape into space, leading to steady warming of the environment.

NOAA also notes that there was no discernible signal in the data from the global economic disruption caused by the coronavirus pandemic. Some had wondered if the lockdowns around the world that kept people indoors and prevented traveling would reduce pollution.