There’s Google TV, Apple TV, and now Canonical is working to bring us Ubuntu TV. Throughout the past couple months they’ve built a limited, skinned version of Ubuntu to the television. Like Google TV, it’s built into the hardware. Updates can still be integrated over WiFi, and the TV connection will eventually offer a ‘shared-screen’ experience to iOS, Android, and Ubuntu devices.

The unit at their booth in CES was very fluid when panning from selection to selection. The TV was able to stream video content, music, and even had a few applications were installed such as YouTube for easy access. Canonical has been known for releasing software that is polished upon release, so it’s hard to tell when we’ll actually see Ubuntu TV on the market. 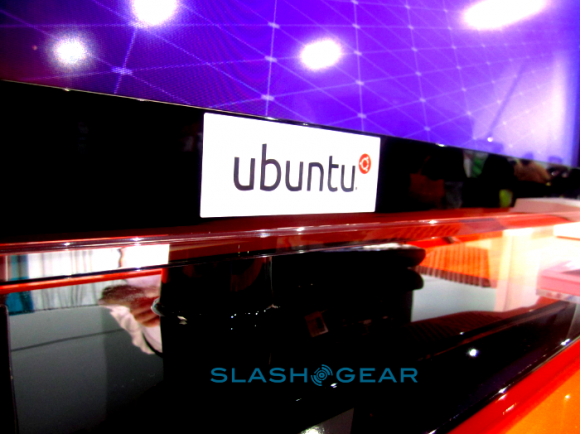 It will also offer the ability to search, watch, record, and play through TV. They are currently working with multiple manufacturers for a release in the near future, and it seems we’ll end up waiting more on the them than Ubuntu developers. Their devs are quick to the punch and you can bet they want to see their platform expanded to this new market as soon as possible. 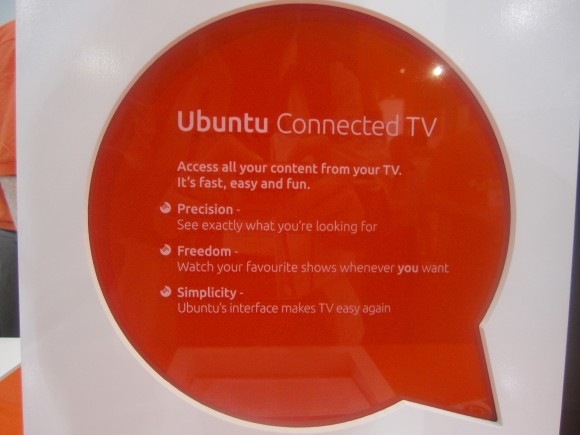