A newly discovered Canon patent reveals a new handheld camera style that involves a joystick-like handle and a swivel lens. The device somewhat resembles DJI’s Osmo handheld camera, but with one very big difference: the lens is interchangeable, indicating you could use many existing lens models. The model seems designed for vlogging use.

The Canon patent reveals a vlogging-style camera that would target serious users who want better quality than they could get from their smartphone, but with the benefits of being able to easily record one’s self in addition to the surrounding environment. Key to the design is the joystick type of handle, which is easier to use when filming video rather than taking still images.

The lens is mounted on a swivel that enables the user to rotate the frame from forward to back, as well as side-to-side. As noted by Canon News, which spied the patent, there’s also a hot shoe for attachments like a flash, but it wouldn’t be useable when the lens is rotated back into a ‘selfie’ position. 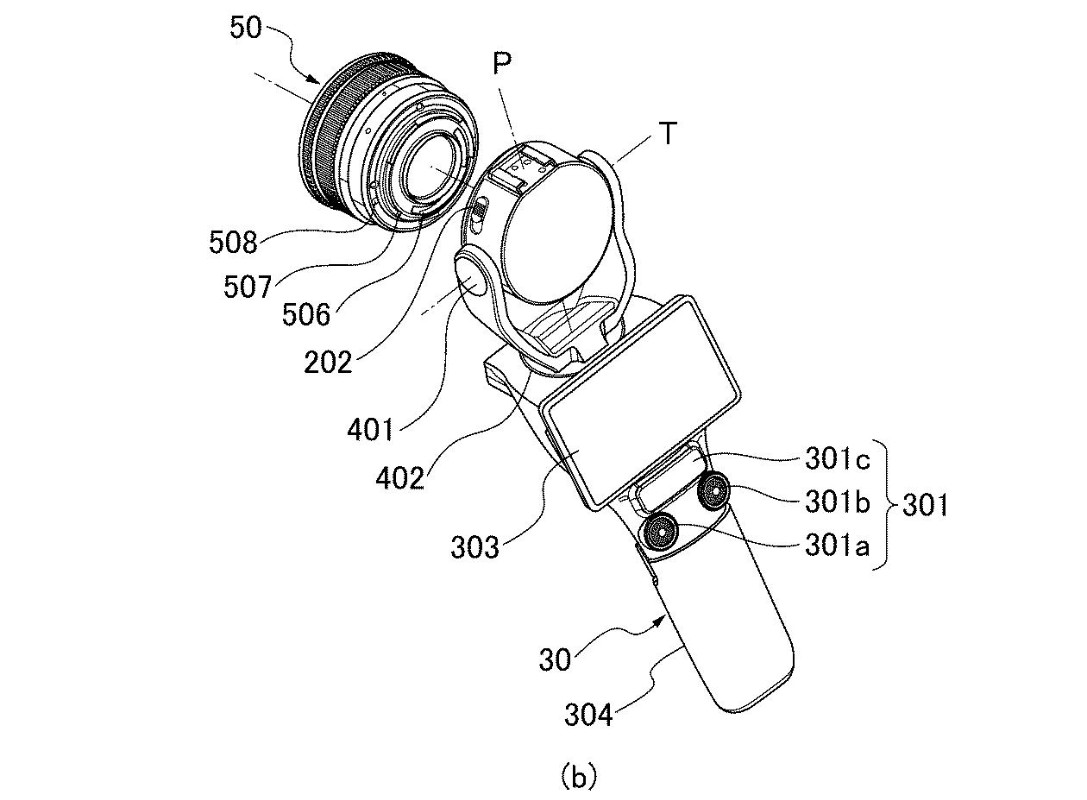 In addition to a fairly large display, the patent illustrations also reveal a trigger-like shutter button and other finger controls. The patent describes the camera as intended for recording video ‘in a free posture in various situations […] from various angles.’

The one big design issue is the hot shoe placement, which means that any attached accessories would force the user to record themselves by holding the device backward or sideways with the lens rotated horizontally. In such an arrangement, however, the user wouldn’t be able to see themselves in the display while recording, which may be a problem for some creators.

As with any patent, it is possible Canon won’t bring a camera with this particular design to market.