Canon IVY REC’s design brilliance is in the clip

The name Canon uses for this camera is the Canon IVY REC Clippable Outdoor Camera, and they say it was “made for adventure.” It’s got a bunch of features that I wouldn’t normally take the time to notice because so many similar cameras flood the market every year. But with this device, Canon did something different. They solidified the industrial design in a way that’ll almost certainly make this device’s release timeless.

Canon IVY REC is a camera. It looks like a lanyard – it has a clip on it. Up front there’s a single camera lens and the Canon logo in print. On top there’s a single physical button that’ll activate the camera. On the back there’s a dial which switches between wireless transmission, camera, video, a combination video/camera, and OFF. The device is held together with 6 very visible screws, and there’s an array of holes on the back that lead to the microphone for audio recording. 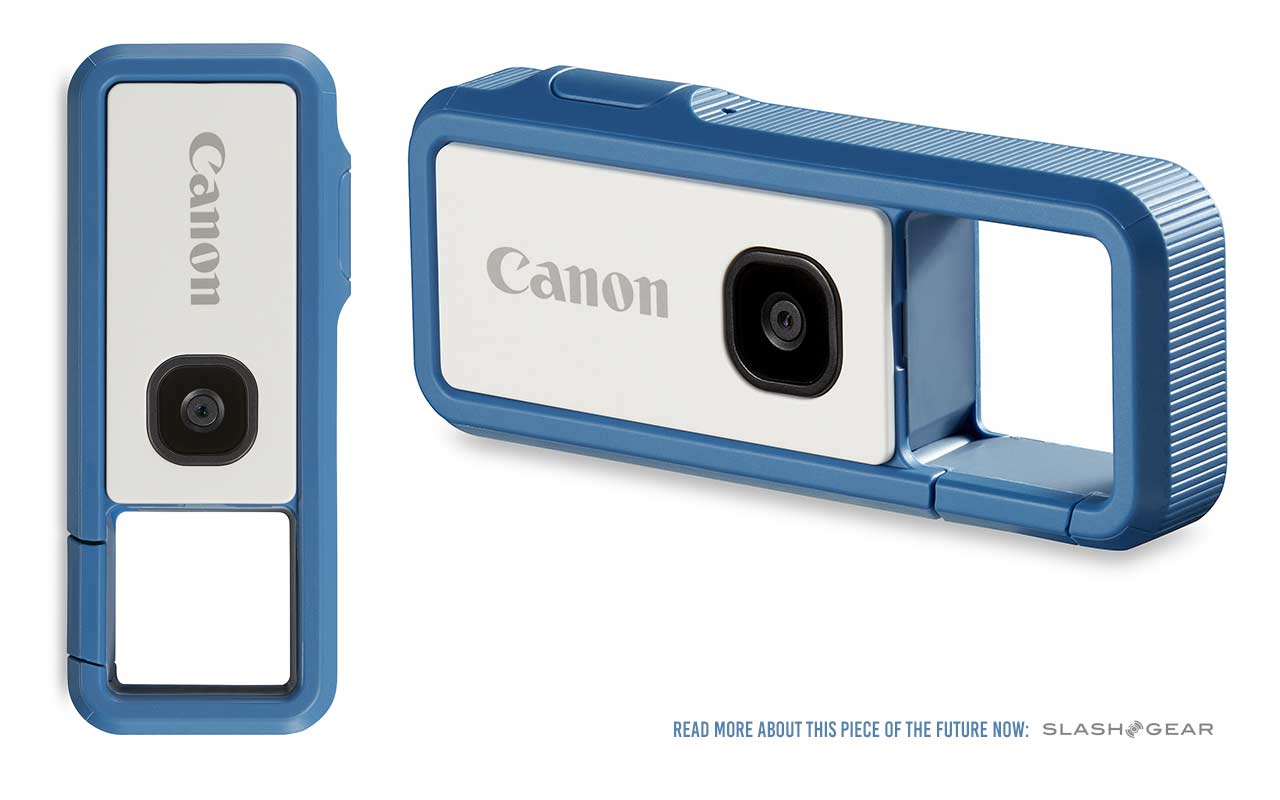 The clip is where this device gets smart. The industrial designers behind this piece of work had an epiphany. They wanted to make a camera that had a physical viewfinder so they didn’t need to include a display. Normally this would mean the inclusion of some pieces of glass, plastic, or maybe even mirrors.

But these designers found a way to make the most of the required physical elements already included on this device. They placed the camera lens as close to the clip as possible, then made sure the clip could adequately frame the space that the camera would capture. This removes the need for a display or any other viewfinder entirely.

The physical controls on this camera allow the user to operate whilst wet and/or wearing gloves. The sealed nature of the entire device make its innards resistant to the elements. The very visible screws (hopefully) make it easy to open and repair, or replace any battery components inside. 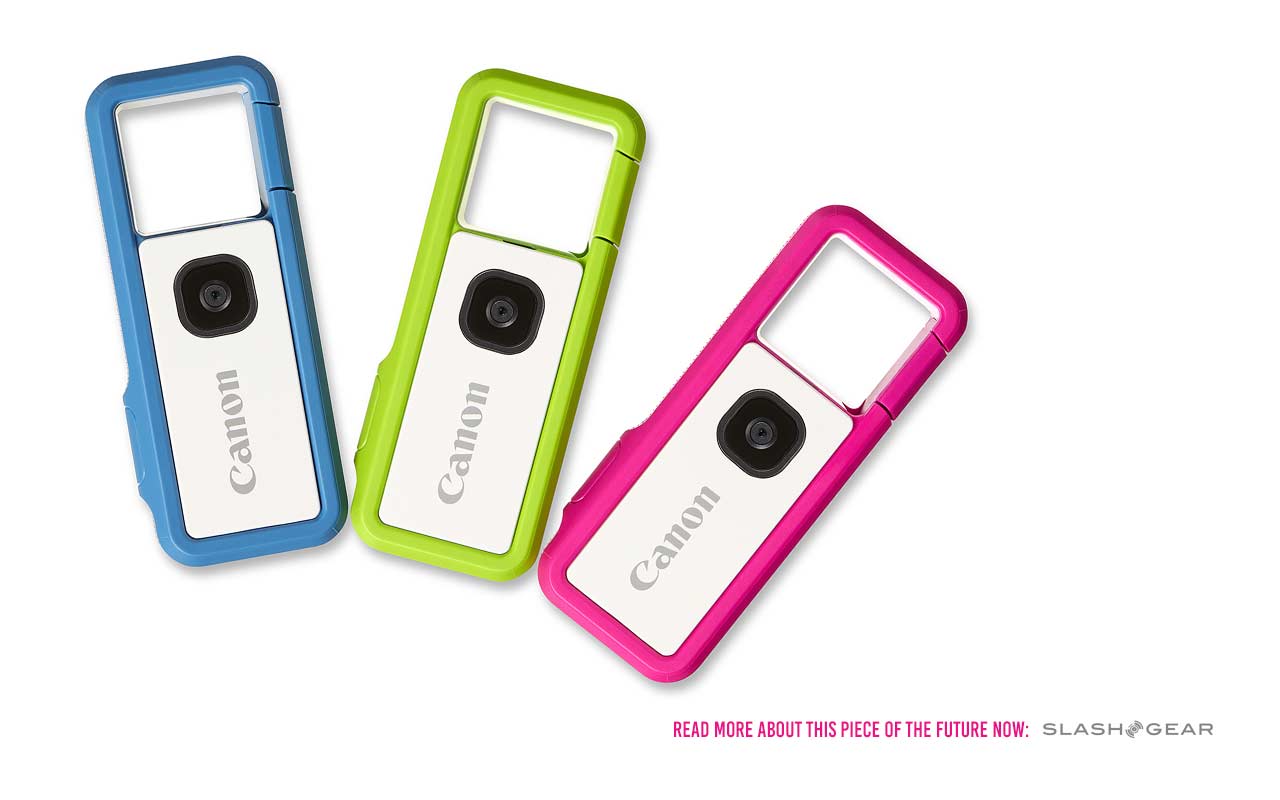 Now all we need is for that camera to capture high quality photos and video, and it’ll be a winner. But we’ll need to wait for a full review for that. Otherwise we’ll just have to keep using the HTC Re, right?

This camera is called Canon IVY REC and it’ll be released in three colors: Riptide (Blue), Avocado (Green), and Dragon Fruit (Pink). Canon suggested today that the camera is “scheduled to be available in October 2019” and it’ll cost approximately $130 USD.