Canon is crowdfunding an unusual pocket-sized ‘telescope’ camera in Japan

We’ve known for a while now that Canon plans to launch a variety of unusual cameras that will target markets underserved by smartphones, which have largely decimated the point-and-shoot digital camera market. The latest of those unique camera models has appeared on a Japanese crowdfunding website, and it’s one that barely even looks like a camera. Rather than being used to snap photos in place of a smartphone, it functions as a type of miniature telescope.

The new camera model is called the Canon PowerShot ZOOM, and it is shaped similar to an action camera or a pocket-friendly digital microscope. The camera is presented as a solution for those situations where your smartphone camera probably won’t work — the times when you need to zoom in and don’t want to end up with an image full of digital artifacts. 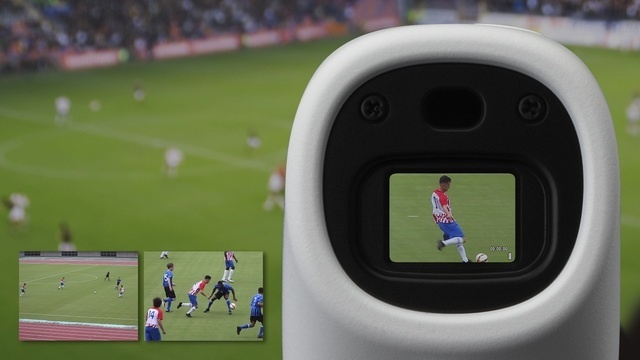 It’s easy to see why Canon would dabble in launching a model like the PowerShot ZOOM. Traditional digital camera sales have plummeted over the past few years as most consumers switch to using the camera on their smartphone. Some companies have abandoned the point-and-shoot fixed-lens digital camera market entirely to instead focus on mirrorless and DSLR cameras, but the professional and hobbyist market demanding them is quite a bit smaller.

The PowerShot ZOOM and cameras like it will potentially enable Canon to target the average consumer with a relatively simple dedicated digital camera, but one that offers something their smartphone can’t — in this case, better zoom. According to Canon, the PowerShot Zoom enables users to instantly toggle between 100mm, 400mm, and 800mm-equivalent focal lengths…though only the first two are optical zoom, meaning the 800mm option will have some digital distortions.

The camera offers a number of functions, including high-speed continuous capture with fixed focus, built-in WiFi for wirelessly transferring images to a smartphone, and a unique form factor that enables users to hold it and peer through it like they would a small telescope. Canon presents the model as suitable for things like getting pictures of your kids playing sports from a distance, capturing wildlife, and ‘everyday moments.’

Canon is currently attempting to crowdfund the PowerShot ZOOM model in Japan for the equivalent of around $300 USD. It’s unclear whether the company will expand the model into other markets if it proves popular, but that’s probably a safe assumption.