While tech enthusiasts are on the edge of their seats for the Mobile World Congress later this month, photographers, both professional and amateur, are eagerly awaiting CP+, which will happen at the same time almost half way around the world. And with one of the most biggest photography events in the world comes a parade of new cameras. And, naturally, a series of leaks for those new products, like the specs and images for Canon’s expected EOS 77D and EOS 800D DSLRs.

Glancing at the leaked specs, there is very little that differentiates the two cameras, which is probably not that surprising given their lineage. The Canon EOS 77D is set to succeed the Rebel T6s while the Canon EOS 800D is also being called the Rebel T7i, also the Kiss X9i, which replaces the Rebel T6i.

The Canon EOS 77D will house a 24.2 meagpixel CMOS sensor and Dual Pixe autofocus with 45 AF points. It will also boast of a the latest Canon DIGIC 7 image processor. These two particular traits are what sets it apart from the Rebel T6s, a.k.a. EOS 8000D, before it. It has an ISO range of 100 to 25600 and can shoot continuously at a rate of 6 fps. It has built-in Wi-Fi and Bluetooth for sharing with computers and mobile devices.

The Canon EOS 800D/Rebel T7i/Kiss X9i doesn’t stray far from those specs and are nearly identical. Interestingly, the separate leaks for the two cameras do leave some features out in one or the other. For example, the EOS 800D isn’t noted to have 45 AF points as the 77D. It does, however, have a 5-axis image stabilization that is, in turn, absent from the 77D. 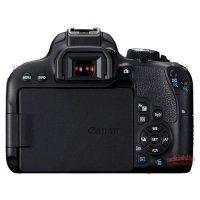 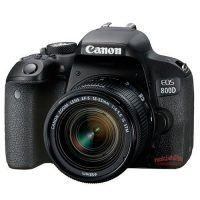 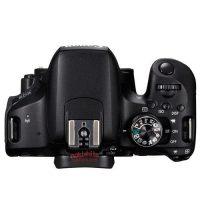 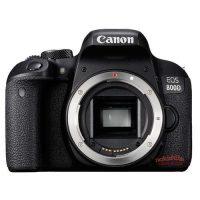 The Canon EOS 77D and EOS 800D are expected to debut at CP+ later this month, having skipped an earlier expected appearance at CES last January. It might be joined by the EOS M6 mirrorless camera which, interestingly, shares the same basic specs as the two.