Can you trust Amazon? Take knockoff Apple Watches for example

A collection of cheap imitations of the original Apple Watch are currently posing on Amazon as a perfect alternative to the far more expensive alternative. Brands like YAMAY, Willful, Letsfit, SKYGRAND, and ANBES make little effort to hide the fact that they’re not only using lookalike UI – in some cases, they’re literally selling the same devices under different brand names. Scratch that – in quite a few cases… in a CONCERNING number of cases, companies appear to be selling the same product with different brand names for different prices.

Look at the images above and below, and see if you can spot the Apple Watch. Spoiler alert: none of these devices were made by Apple. They’re all available on Amazon and I encourage you to avoid purchasing any of them – unless, of course, you’re aiming to find the quickest and cheapest way to getting a smartwatch that looks like an Apple Watch but does not act like an Apple Watch beyond the most extreme basics.

These are the same 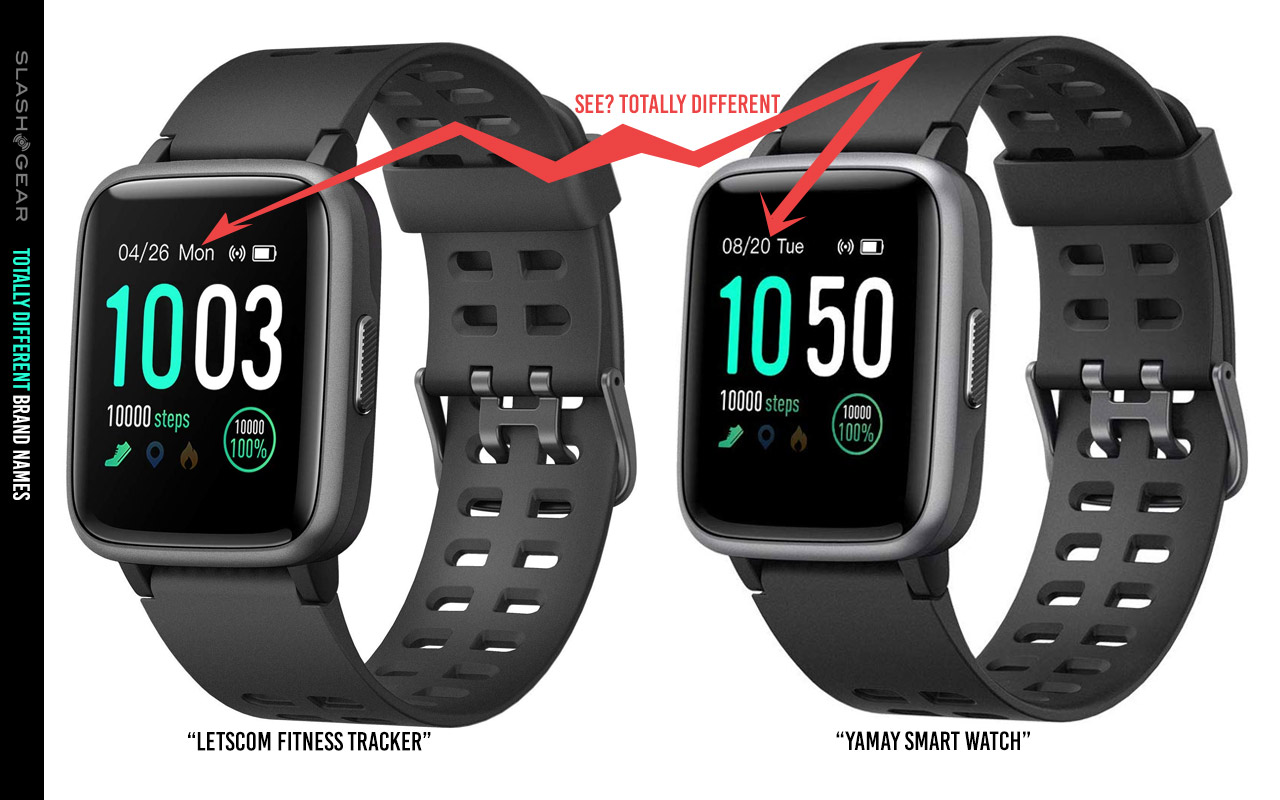 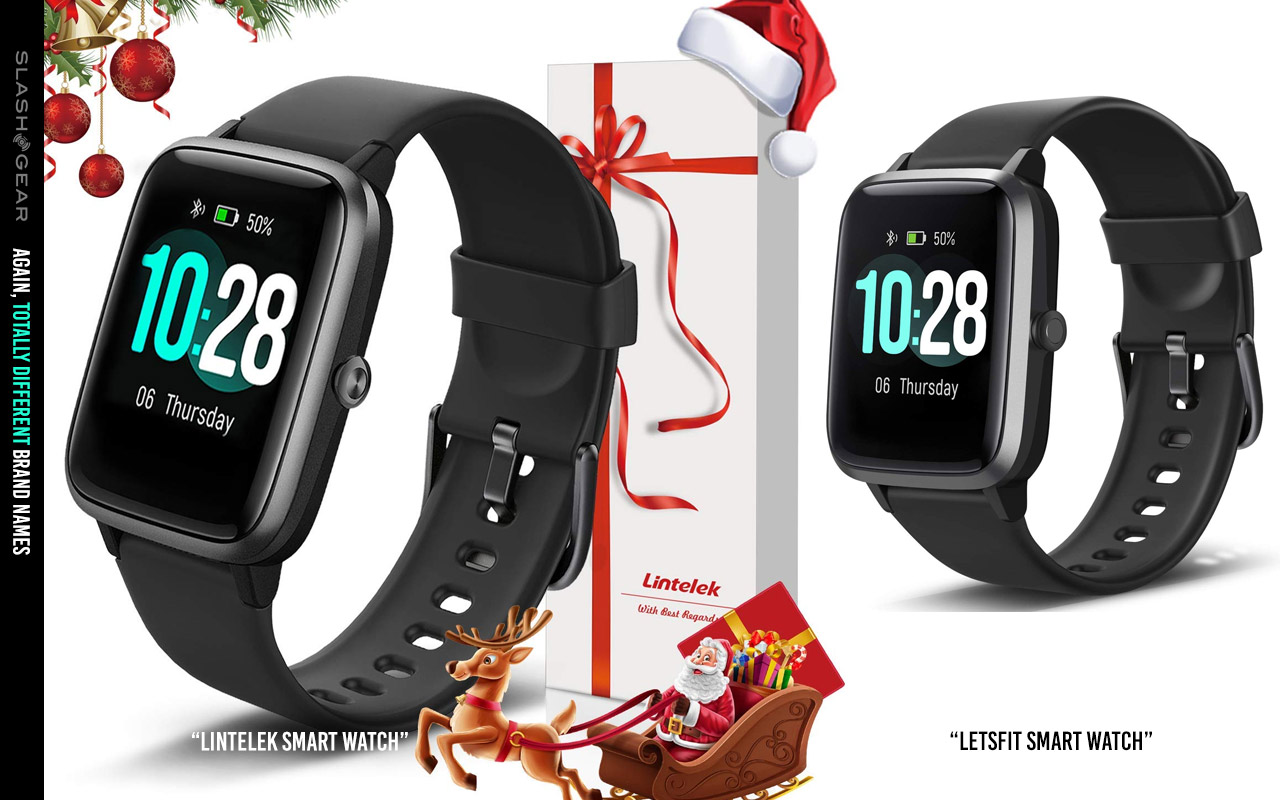 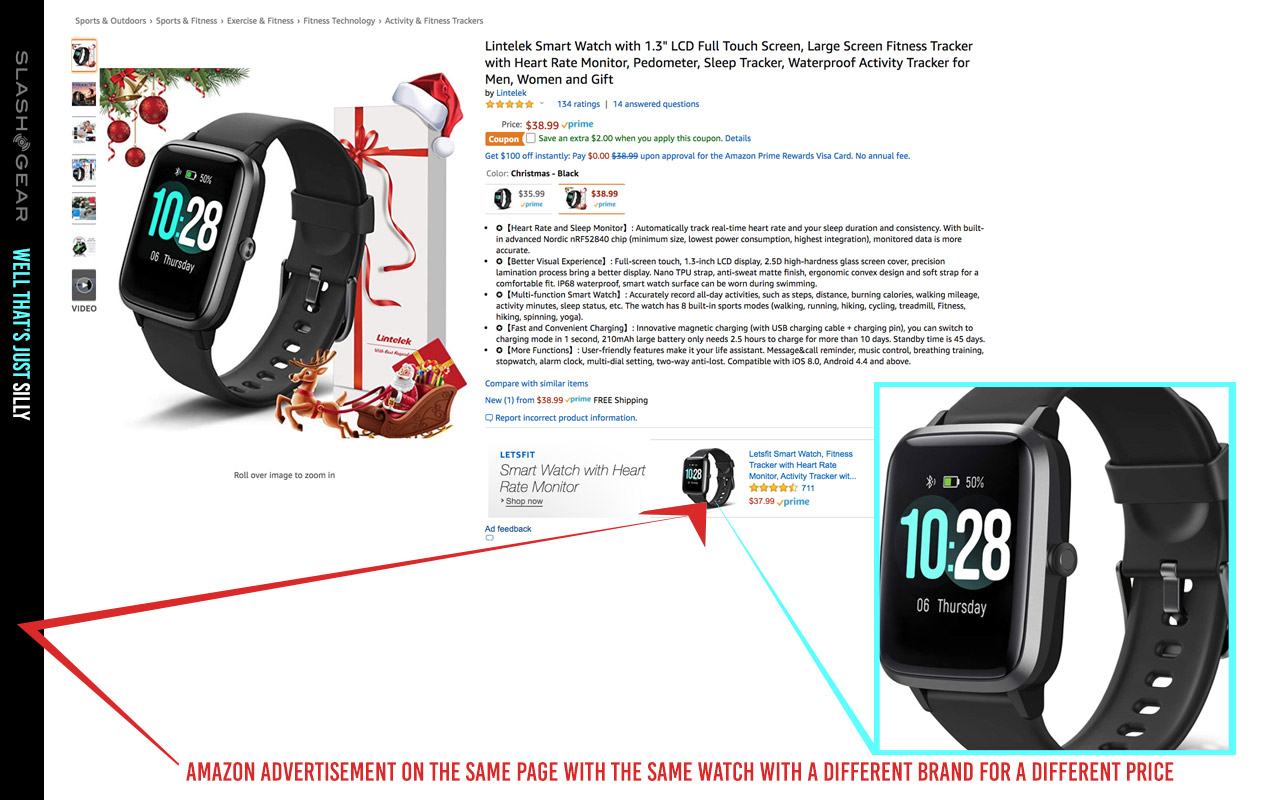 They’re not even trying

The last of the several pairs of watches here shows a slightly more sneaky way in which a company will pass off their low-quality hardware as something more than it is in reality. On the left you’ll see the ABNES SMART WATCH. On the right you’ll see the SKYGRAND UPDATED 2019 VERSION SMART WATCH.” They both have much, much longer titles on Amazon. 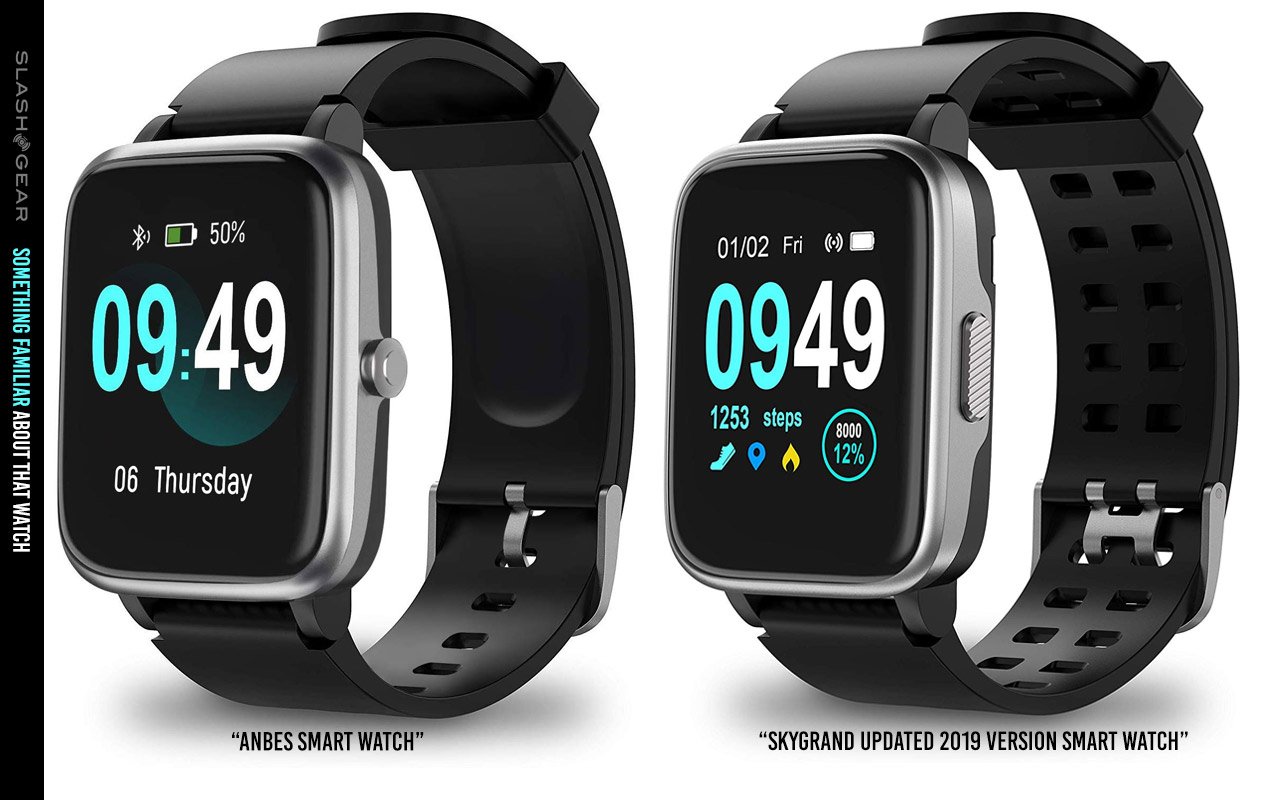 The sneaky element here is in the rendering. At first glance, they look similar because the watch faces both have the same black, white, and neon-Tiffany’s-Blue UI color scheme, and the same time: 0949. But then you’ll say wait, they’ve got different straps, and their bezels are different, and some other things are different, right?

As you’ll see in the gif above, both watches have the same qualities – they’ve got the same models at their base. They’re almost certainly made by the same person. Most importantly, since they are so similar, it indicates that someone isn’t being honest about their product – and we don’t know who!

A warning for consumers

This (by no means exhaustive) list of cheap knockoff smartwatches from Amazon should serve as a simple reminder that shopping on Amazon does not assure quality. Amazon’s primary quality lies in the speed and efficiency with which they ship products – at the cost of curation.

Just because Amazon sells something doesn’t mean it’ll be anything more than a cheap-as-possible attempt to profit from the convenience of at-home shopping and the laziness of customers who, even if the product arrives broken, won’t take the time to send it back for a refund. Keep that in mind while holiday gift shopping this friendly festive season!