Can the Internet and Nostalgia Get Along?

Emily Price has an interesting piece on TechnoBuffalo about whether the Internet is killing our memory. In fact, she’s really talking about nostalgia, not recall memory in general, but it’s a fascinating topic worth some exploration. The real question is whether the existence of things in digital form or physical form is more pleasing to our recollection, and I do not think there is an easy answer. Undoubtedly, there are things that feel better in the hand than on the screen, and there are ways of storing valuable memories digitally that are more reliable than their physical versions. But I also wonder if this transition, from physical to digital memory, won’t also teach us that there are certain memories we should simply give up for good.

Memory, in terms of nostalgia, is always a question of our own mortality. We have a limited amount of time to accumulate knowledge and experience, and one of the blessings of being human is our ability to relive those moments in the future, for what little future we are granted. To help us remember, we accumulate things. Maybe this is just this pack-rat’s justification for his own existence, but I would say that there is an ingrained habit in humanity to acquire physical property and endow it with further meaning based on our experience with that object.

The question then becomes whether the object has to be a real, physical object of a certain mass and density, or whether the object can be completely imaginary, made up of pixels and ideas. There is no definitive answer, because both types of objects can create a certain nostalgia. In her column, Price details a few key objects that have been subsumed by the ubiquitous cloud: books, letters (or notes, as she says), pictures and music. It’s a fine list, and I’ll tackle each in turn.

Books. I do love books, beyond a love of reading, but I own very few. This is not entirely on purpose. In college, I was poor and near-sighted and I sold my college textbooks back to the bookstore for pennies on the dollar. The loss of my psychology texts and world history tomes is not so damaging, but, as an English major, I had a veritable library of classics that were more timeless, and I would certainly enjoy having them now. I can buy them again, but there are titles I may have forgotten, and there are notes in the margins that would be interesting to reread.

Well, not really. If there is one thing I know about my college self, it is that I was not as smart as I believed myself to be then. I had a better grasp on the topic at hand, so if I had these books and notes I might not even understand what I was saying. But even if I did, it would not be as interesting as I remember.

Most of my books I have given away. I love giving away books. I give books as gifts frequently (books are second only to booze in my stable of gift ideas). When I am done with a book, I like giving it to someone who I think will enjoy it. I’m sure the copyright issues attached to digital books will hurt this sharing, but that’s an entirely different issue, unrelated to nostalgia and memory.

Books are also heavy, and they take up a lot of space. For what am I giving up this space in my house? For the ideas contained within the pages? The same ideas exist digitally. For the memory of flipping through the leaves, of turning down the corners to mark my place? Sure, many objects remind me of the time in my life when I first immersed myself in them, especially books and music. But most of what I want to remember in a book are the words, and those I can keep without cluttering my life with so much paper.

Letters. It seems silly to consider keeping letters. Of all these examples, letters are the most useful objects to keep digitally. When I want to remember what someone said, when they said it, or what I said in response, I can simply open my laptop and perform a quick search. In front of me is the entire conversation laid bare. I have every single email I ever sent to friends and family, since I started college in the early nineties, all stored digitally. Of course, some of those are on broken hard drives that I have yet to recover, but is that any different than losing paper letters to a flooded basement, or an errant box that goes missing in a move?

Of course it is different. Letters are special, imbued with so much more meaning than an email. With books, the words are the thing. But in letters, the words are often the least personal part of the medium. Letters are handwritten. They reflect the writer’s style, in their handwriting, their spacing, even the choice of ink. Handwriting takes time and deliberation. You can edit and erase, but those changes are often obvious, and may add even more character to a letter. 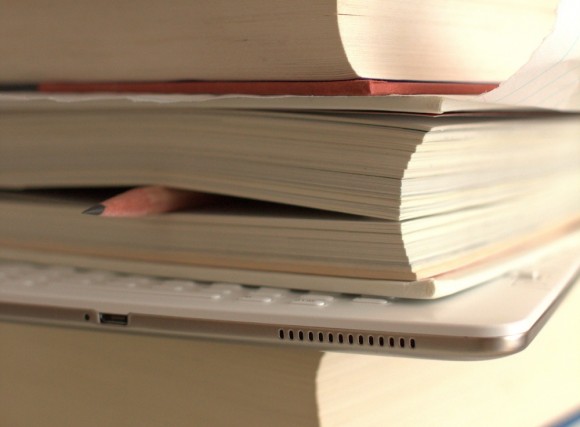 Best of all is when a letter comes with a specific smell. Perfume. Grass and dirt. Smoke. I don’t need to channel Proust to say that there are times, however rare, that I may open a letter to experience everything but the actual content. Sometimes it is the feel of the paper, the scent that wafts from the envelope, that I am after.

Pictures. My corny joke when someone takes my picture is to warn them that I don’t show up in photographs. I wish it wasn’t true. Whether an accident of fate or countenance, if you flip through an album of my family, my school, my camp, my friends, I am usually not in the photo. At the end of a camp session, when everybody gathers to watch the final slideshow and cheer for their friends, my name usually does not come up. Often that was because I was the one behind the camera.

[aquote]Photos are not meant to be relics. They are meant to be seen and shared.[/aquote]

My favorite sleepaway camp collected pictures of every single cabin, every year of its existence. I recently went to visit for a reunion, and I had not been back since the late nineties. They were begging for a tech savvy alumnus to digitize their collection. The pictures were fraying. Some had turned yellow. Of course, they could have taken better care of the pictures along the way, sealed them tight behind plastic and kept them safe in the dark. But that defeats the purpose, doesn’t it?

Photos are not meant to be relics. They are meant to be seen and shared. I am grateful for the Internet and it’s wonderful wealth of photo storage. I have my favorite photos from the last 8 years stored on multiple online albums, both Flickr and Picasa. I’m hedging my bets, in case one shuts down.

There is a gap in my photo collection. There were photos I stored on a hard drive, and I went months without backing up. So, of course, the drive died, and I lost everything. Among those were one of my favorite sets. The artist Christo set up a beautiful display along the paths of Central Park. With one of my best friends, I skipped school (while I was a teacher, no less) and drove from Boston to New York on a snowy day to see “The Gates” and take pictures. I lost the entire set. But now, if my hard drive crashes, I hardly worry. All of my important images are safely stored elsewhere.

Music. I think this is the most complicated category Price mentions. On the one hand, there is no doubt that a digital explosion in music storage has been a boon for collectors. I used to have piles and pounds of scratched CDs that I tried to keep organized. Now I have a hard drive, plus a backup (plus a set of DVD backups). Oh, and I have thousands of tracks stored in the cloud thanks to Google Music.

On the other hand, quality has taken a hit. I’m not a serious audiophile, but even I can hear the significant difference between a good CD and a compressed file. Streaming music sounds even worse, at least while bandwidth is still an issue. Some listeners won’t hear the difference or will find they just don’t care. Do you really need a top quality version of Lidell Townsend’s “Nu Nu?” Of course not.

What I miss most about music is the effort it took to create a mix tape. I remember the transition. I had a pen pal friend in High School. I met her on the Prodigy network. We exchanged emails, we talked on the phone, and once in a while we swapped mix tapes. She introduced me to “Fool In the Rain.” I made tapes for her, and each one took a long time to make. Well, at least 90 minutes, because I could not simply click on a list of songs and press “Burn.” I had to dub in real time. I had to get the timing between songs just right.

The mix was much better on those tapes than it is now on my collection of playlists. The order was not haphazard. I listened to a song all the way through, and thought about what would sound best as the next track. I find my playlist creation is more about picking and choosing a mix of songs I feel like hearing at the time. My playlists are representative of the moment, but mix tapes represent a process. Mix tapes are an art form.

When I got my first CD burner, I made a few mix CDs for people. But once digital compression became popular, and you could fill a CD with a couple hundred MP3 files, the mix lost its special appeal. As I was drifting apart from my pen pal, I offered to send her a sort of “box set” of songs. She accepted my offer, halfheartedly, and I never bothered. We eventually grew apart.

Is the Internet killing our memories? There is no easy answer. In many ways, the Internet has become the best tool for preserving our memories. It would be easy to generalize and say these are the most impersonal memories, but that isn’t true. I enjoy my photos even more now that they are digitized and permanent and perfect. I like that my music is always readily available, and I don’t have to worry about scratching or losing rare CDs.

The Internet may be too fast to build some memories. When a mix tape took two hours of effort, the final product was worth listening to, in order, repeatedly. When photos have to be stored properly and fastened to an album with care, we might in turn care more about them. The yellowing of age marks the time since the event pictured.

All of this is making me feel old. My toddler will never have film developed into prints. He will never make a mix tape. He may not even write a letter, though I will try to encourage epistolary writing above all these other forms of memory. Books for him will almost always be digital, and paper books will seem fragile and quaint. Reminiscing about memory itself is a form of nostalgia, but in the end it is only a measure of our own mortality. Like it or not, the world moves on, and memory either catches up or gets left behind forever.