The powerful cameras inside our smartphones come at a price, and not just the literal one, of course. Next to the endangered 3.5 mm headphone jack, the camera is the last piece that keeps phones from becoming uniformly thin, not to mention flat. Even without mechanical parts like OIS, the camera’s bulk is mostly due to its non-flat lens. That is why when the California Institute of Technology, better known as Caltech, boasts it has produced an ultra-thin, flat camera, the smartphone industry’s interest is definitely piqued.

Camera lenses are curved for a reason, whether they be on traditional cameras or digital ones like on smartphones. Their purpose is to focus light on a film or, in the case of a digital camera, a sensor, hence the need for it to be curved. That curve also determines the angle of the image that’s recorded, which is why there are different lenses for telephoto and for wide-angle.

Caltech’s camera does away with the lens, allowing it to be completely flat. It instead simulates the effect of the lens using computations. This is what the researchers call an Optical Phased Array or OPA. The ultra-thin OPA has an array of light receivers that can individually delay the time it takes the light to pass through it. This has the effect of allowing the camera to focus on a specific area only and look in a single direction, somewhat like looking through a straw. All without having to use a bulging lens. 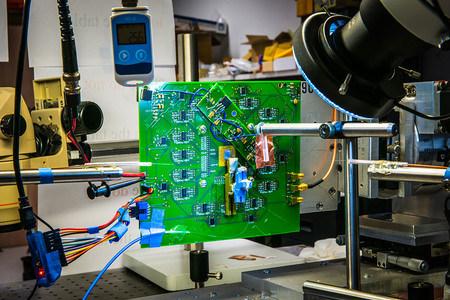 Another advantage of this new flat camera is that it no longer needs different lenses for different angles. It can switch between telephoto and fish-eye in a heartbeat by simply changing how the OPA receives light. This would make it possible to use a single high-megapixel sensor for normal and wide-angle cameras, removing the need for a dual camera setup like that of the LG G6.

As exciting as this may sound, it’s not something you’ll see in next year’s smartphones yet. The first iteration of this idea was only able to detect images in a straight line, much like a barcode scanner. This first 2D lensless camera has 64 light receivers in an 8×8 grid, which is an extremely low resolution. It might take a few more years for that camera to catch up in terms of megapixel count, but the breakthrough is that it is possible to have a lensless camera after all.