After suffering a leak earlier today, Activision has confirmed Warzone, a new Call of Duty battle royale game. While previous versions of Call of Duty‘s battle royale have been tied to mainline games, Activision is changing things up for Warzone, launching it as a free-to-play title that anyone can play. In other words, the game may be based on Call of Duty: Modern Warfare, but you won’t need a copy of Modern Warfare to play it.

In a post on the Activision blog, the company explains that Warzone will be launching for PS4, PC (via Battle.net), and Xbox One with two game modes. The first is a standard battle royale mode that pits teams of three against each other in 150-player matches. The second mode is called Plunder, which has teams collecting cash by looting the map, killing enemy players, and carrying out contracts.

Activision describes Warzone‘s map, Verdansk, as “an expansive city with multiple named zones and well over 300 points of interest.” You’ll have a number of vehicles at your disposal when it comes to getting around, include ATVs, tactical rovers, SUVs, cargo trucks, and helicopters. Each vehicle provides varying degrees of protection, speed, and off-road handling, so choose wisely depending on where you need to go.

Activision also promises that Warzone will have some unique features among the sea of battle royale games. The first is The Gulag, which will only be available in battle royale. You’ll be taken to The Gulag after your first elimination, where you’ll fight other players who have also been eliminated – if you win, you’ll be redeployed, but if you lose, you’ll have to wait for your teammates to redeploy you either by completing contracts or paying cash. 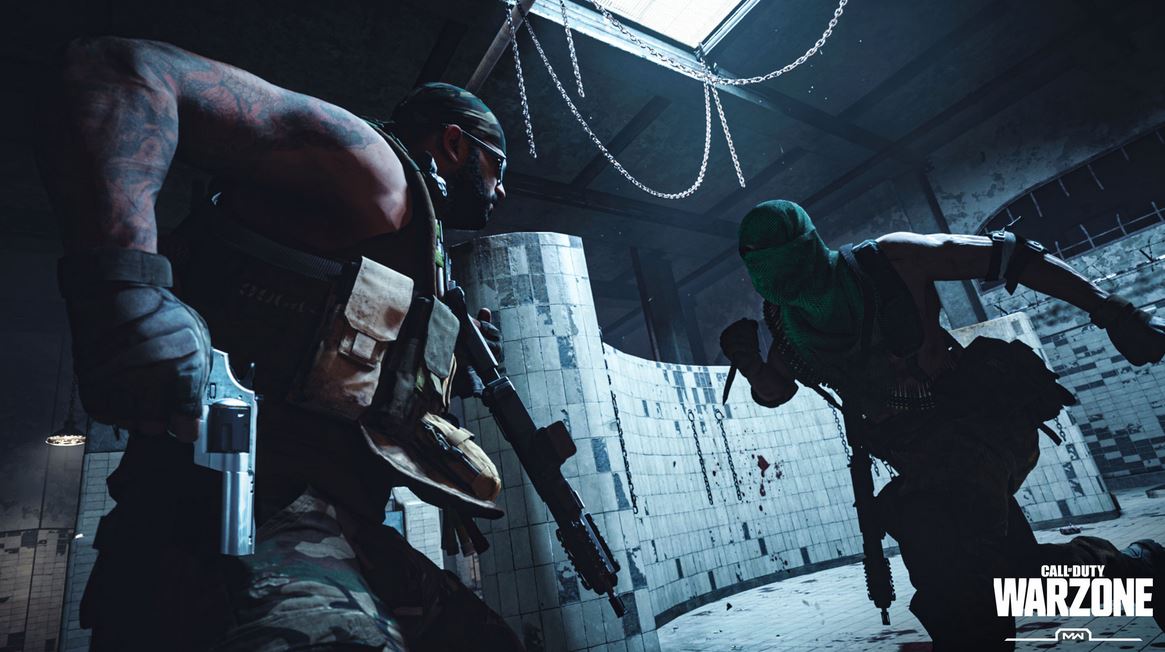 Speaking of contracts, those are another thing that Warzone brings to the table, allowing teams to activate and complete contracts to earn loot and money. There will also be buy stations in Battle Royale and Plunder modes, where you can purchase items, redeploy tokens, and killsteaks with the cash you’ve earned so far.

Those who own Modern Warfare will find that progression carries over to Warzone (and vice versa), meaning that all of the content you’ve already earned in the former game will carry over to the latter. If you don’t own Modern Warfare, Activision will keep track of your progression in Warzone and then carry that over should you ever decide to buy it. 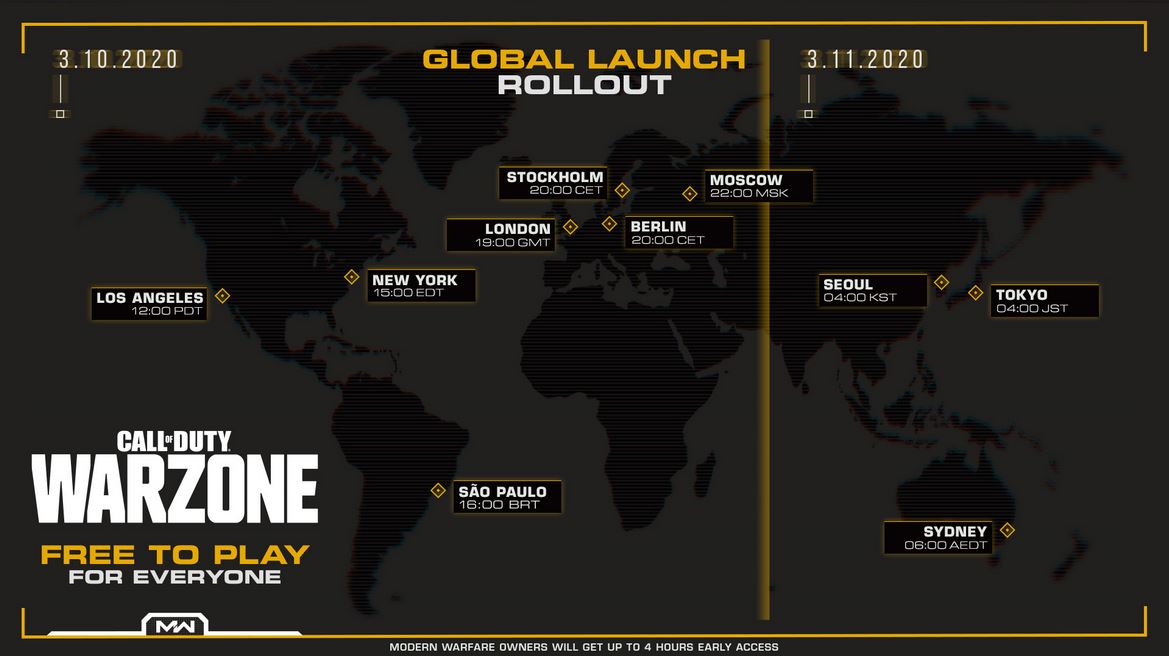 And just like that, Activision has a new Modern Warfare battle royale game on the way. You can check out the image above for launch times around the world, but otherwise, check out Warzone when it launches tomorrow.