Call of Duty: Ghosts detailed for Xbox One, dog included

This week the folks at Microsoft opened the stage at their Xbox One event for “one last thing” after letting the world know that the console would be out later this year. That one last thing was the CEO of Activision Publishing, Eric Hirshberg, introducing the next title in the COD series: Call of Duty: Ghosts. This title will be introduced – but not necessarily exclusive to – the Xbox One.

This game will be bringing with it a storyline that’s 10 years into the future – a future where the world has had a catastrophic event that’s destroyed much of our modern society. Once again you’ll be taking part in a spy warfare situation, working with many environments – from exploding structures to underwater caves to the sides of skyscrapers.

Above you’ll see the first teaser trailer for this game with graphics as they’ll be appearing on the Xbox One. There you’ll see mostly cinematics, but you’ll get a taste of what it’ll be like to play as well. Here the developers behind the game have built on a next-generation gaming engine that allows for environments that are thick and diverse. New animations are being introduced as well: sliding, lean out, lean in, and interactive smoke included. 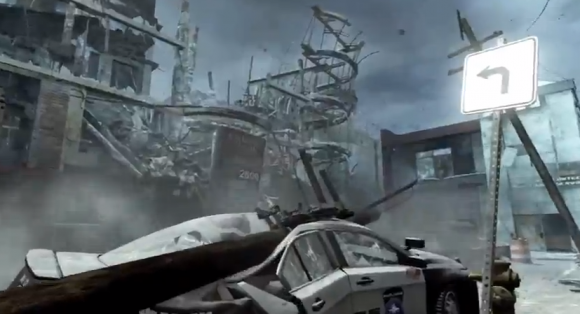 Users will be able to customize characters in a new collection of ways for multiplayer action. This game will be able to be played both online and offline, with dynamic maps appearing for users to modify in-game while the game is in-play online. Changing the map with actions like exploding bombs is an ability reserved for only the next generation for games like Hawken.

Below you’ll be seeing the folks at Infinity Ward showing off how they made this “emotional reality” of a game exist for the Xbox One.

The team you’re part of is made of the remnants of the USA military. You’ll be working with a dog – and Infinity Ward’s Executive Producer Mark Rubin notes: “we’ve had dogs in Call of Duty before, but never like this. This is someone you care about – this is a squad member.”

This dog is also going to be part of the game with direct control. As Rubin mentioned speaking with Joystiq as they met with him earlier this year, speaking about this game specifically, they found some rather interesting things when researching real tactical dogs.

“The dog you saw in the picture has all that armor on and stuff, it’s not fake. The dog actually is wearing an earpiece, and he’s got a camera on his back that flips up, so the seal actually has a screen and he can see what the dog sees through that camera. So if the dog is moving through tall grass or in a room or a dark area somewhere, he can see it on his screen. 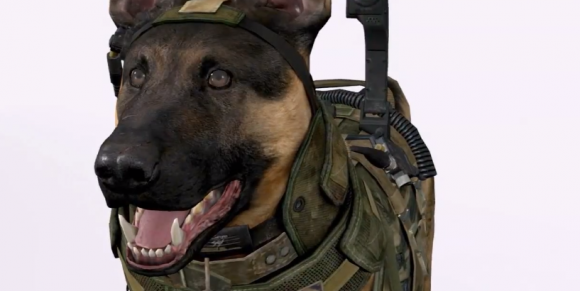 He can actually give voice commands to the dog through the earpiece – go left, go right. And if they need to be silent – this is crazy – the dog’s got little vibrating things on his neck, so you can vibrate right or vibrate left and the dog knows, if I feel right, I go to the right, if I vibrate left I go to the left. So he can drive the dog, in a sense, from his little device on his arm.” – Mark Rubin, Infinity Ward CEO

This game will be released at a time when – we must assume – the Xbox One is already available. As the game has been pegged for release on 11.5.2013, we can assume that Microsoft’s assertion that the Xbox One will be released “later this year” will mean right around the holidays. Have a peek at our Xbox One tag portal for more information on this next-generation console and stay tuned for more information on the Call of Duty series – and more Ghosts! 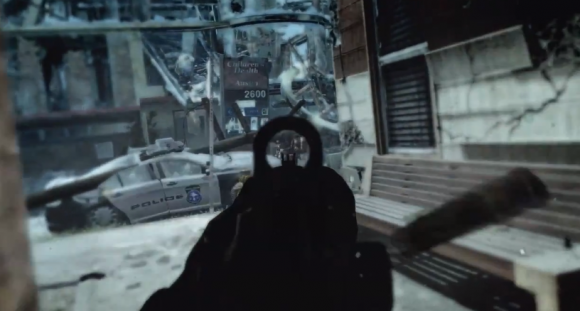