The oldest tattooing tool in western North America, a 2,000-year-old pair of cactus needles with dye-stained tips, has been discovered in Utah. The tool was used for applying tattoos, shedding light on the culture that existed in that area at the time. The item was spotted by Washington State University anthropology PhD candidate Andrew Gillreath-Brown while taking inventory of archaeological materials.

The tool features a 3.5-inch skunkbush handle with two cactus spine needles on one end and yucca leaves wrapped around the other. The item was found by Gillreath-Brown among archaeological materials that spent more than 40 years in storage, according to an announcement by Washington State University. 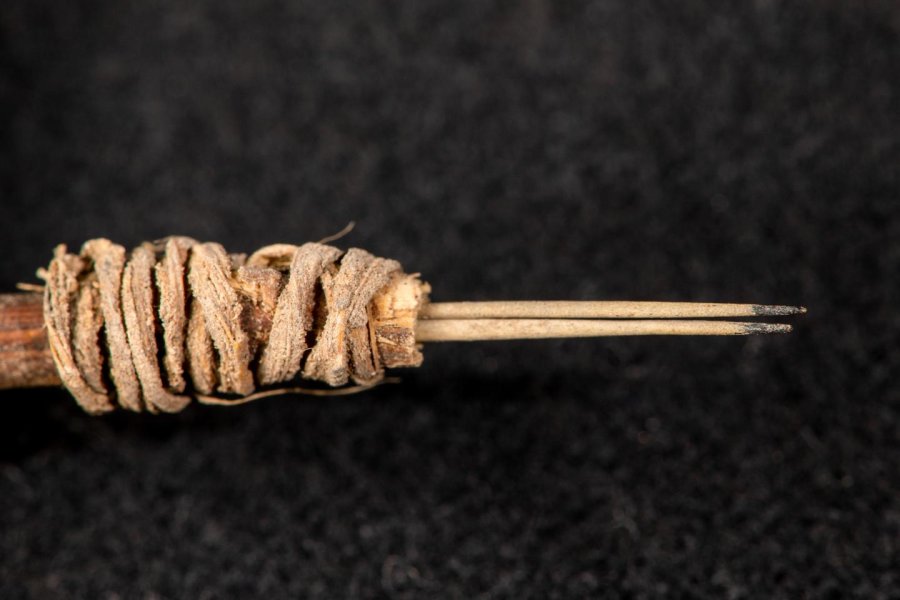 At approximately 2,000 years old, this is the oldest tattooing tool found in western North America; it was made by the Ancestral Pueblo people back during the Basketmaker II period. To date, researchers haven’t discovered human remains featuring preserved evidence of tattoos in the southwestern United States, according to the university, and there’s a lack of written details on tattooing from that time period.

Until now, the earliest examples of tattooing in the Southwest were found in New Mexico and Arizona with dates between 1100 and 1280 AD. The newly discovered tool originally unearthed in Utah is around 1,000 years older than these other specimens.

The tool features tips stained with the pigment used to create the tattoos. Based on his tests, Gillreath-Brown found the pigment likely contained carbon; he used a replica of the tool to create test tattoos on pig skin. The researcher had explained, “The residue staining from tattoo pigments on the tip was what immediately piqued my interest as being possibly a tattoo tool.”